Recovering the Rainbow: Why Noah’s Ark is a Story to Live By 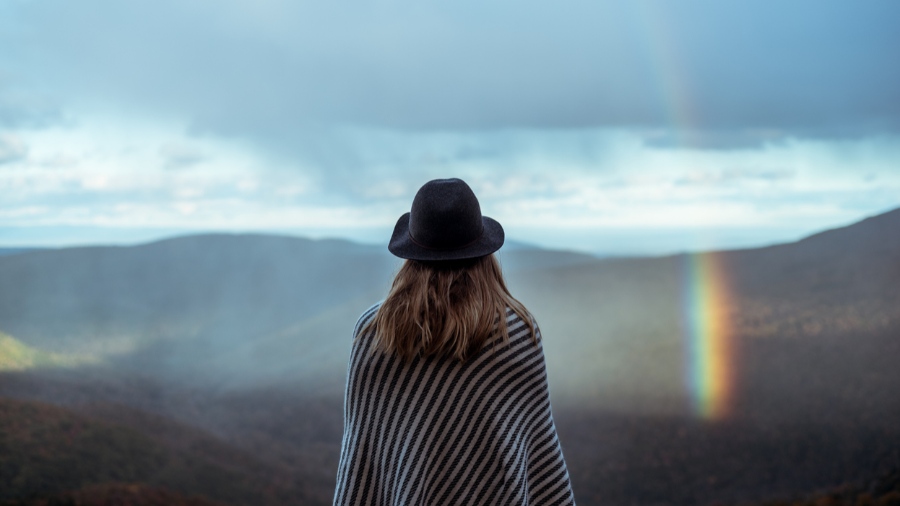 I saw rainbows everywhere last month and pushing into the start of this month. Well, not the real ones, but the 6-color ones representing “pride.” Rainbow flags. Rainbow logos. Rainbow murals. Rainbow eyelashes. I wonder if we as a society have forgotten what the rainbow has represented for millennia.

More importantly, I wonder if God’s rainbow story matters to us personally, even if we can recount Noah’s Flood. It should. There’s deep truth reflected in the Biblical story of the first rainbow. The tale of an ancient man with an ark-load of animals is a story line in which we can find ourselves. It offers us a narrative from which we can live and seek God’s freedom. God’s offer of freedom is better than the mistaken promise offered by the pride rainbow.

Imagine that the story of Noah and God’s response to corrupt and sinful humanity is also a story about us. About God’s response to sin in an individual’s life. Do you see any parallels? I’ll get to the ones I see and that the Apostle Peter writes about, but first, here’s a recap of the story (Genesis 6:5-9:17):

Noah’s story starts off with God’s grief as he looks at his good creation corrupted by violence. Everyone was wicked and their thoughts and desires were evil all the time.

When God created the world six chapters earlier, the earth started off as “formless and void.” The earth was covered in empty waters that represented an inhospitable chaotic environment. In the six days of creation, God was making goodness, order and life out of chaos, disorder, and emptiness.

Imagine that the story of Noah and God’s response to corrupt and sinful humanity is also a story about us.

But now God’s good creation was ruined. The order had turned to moral chaos and violence. God regretted making humans and animals.

But Noah had a relationship with God and was pure in his actions. God made a way for Noah to escape His destruction of evil. An ark would save him, his family, and the animals that would repopulate the earth.

Noah obeyed God’s instructions and built an ark. After everyone was on the ark, God closed the door. The world flooded and was totally covered in water, just like it was at the beginning of creation. Evil was eradicated. Creation was killed and undone. Except for the lives on the ark.

In the very middle of the story, God remembers Noah and those on the ark. He sends a wind over the earth. The word for wind is the same as for spirit, a parallel to God’s Spirit hovering over the water at the dawn of creation in Genesis 1:2. The water subsides.

When it’s all dry, God tells Noah, his family and the animals to come out. Noah offers God a sacrifice. God is pleased with Noah’s worship and He tells the humans and animals to multiply and fill the earth.

God then makes a covenant promise to Noah and all the future inhabitants of the earth — one with no obligations on creation’s end of the deal. God promises never to scrap his creation again, never to again wipe everything out with a flood. He says that even though humans have evil hearts from youth onward, He won’t destroy creation. He will maintain a stable environment for his creatures to inhabit, with the rhythms of time always continuing.

Then God puts a rainbow in the sky and says that whenever he sees the rainbow, he will remember his promise. He will be faithful and patient with his creation, even in its wickedness and destructiveness.

The Noah story looks back to God’s creation and forward to God’s salvation plan. It parallels the life of the believer who accepts Jesus’s life, death and resurrection as freedom from sin. It parallels baptism. Peter points this out in the New Testament.

To understand the relevance of the rainbow story, it’s important to have a good idea of what sin is. I’d say it’s any action or thought that hinders us from experiencing or expressing God’s goodness. Per Genesis 3, we sin when we define good and bad on our own terms. We experience good and bad for ourselves, regardless of God’s instruction. Sin is anything that keeps us from the meaning of life Jesus expresses: loving God with our whole selves and loving each other as we love ourselves.

Death and New Life in Christ

Paul tells us in Romans 6 that for those who receive the gift of freedom from sin in Jesus, our lives are in Christ. When Jesus died, we died too, and our sinful nature with us. And when Jesus was resurrected from death to new life, we got new life in Him.

“In the same way, count yourselves dead to sin but alive to God in Christ Jesus” (Romans 6:11).

“Therefore, if anyone is in Christ, the new creation has come: The old has gone, the new is here!” (2 Corinthians 5:17).

In 1 Peter 3:17-22, Peter connects the dots between the floodwaters, baptism, and the death and resurrection of Jesus. Peter writes, “In it [Noah’s ark] only a few people, eight in all, were saved through water, and this water symbolizes baptism that now saves you also — not the removal of dirt from the body but the pledge of a clear conscience toward God. It saves you by the resurrection of Jesus Christ.”

A Story to Live In

So why should Noah’s Flood — the rainbow story — matter deeply to followers of Jesus? As theologian Tim Mackie said in an episode of The Bible Project podcast, “It gives you a narrative in which you can live.”

Recently I was sitting on my bed thinking about God’s Word. Suddenly the meaning of the Noah story became clear. We are each like the world of wicked humans. God kills our corrupt selves. We are crucified in Christ. The part of us that wants to love and obey God passes through death to new life. We are a new creation, alive in the resurrected Christ.

The flood is like baptism. The rainbow is a promise of God’s faithfulness. Though I sin and though hard times come, He won’t give up on me in my weakness. He’s made a way for me to be free from sin. He assures me that I’ll never face the second death: eternal judgment.

Those bad thought patterns and habits that need to die — let’s consider them dead and buried in Christ. Let’s seek to follow God’s ways and let God shape us into new people — free from sin and free to thrive. God created us to know Him. He recreates us to free us from sin and its effects. For our own sake, and for the sake of others, we need to live in this reality. To demonstrate that it’s real.

The Promise of Freedom is Better Than “Pride”

This is God’s way of dealing with our sinful selves. The new me is empowered by God’s love. My sinful self is not the new me. It’s the dead me.

The pride rainbow gets this all wrong. It says that to be free from shame you need to identify with your sin. Your sinful self is the real you. Don’t let anyone tell you that you can be free. You can’t change. Celebrate your bondage and don’t believe anyone who says they’ve been set free.

I refuse to celebrate that pride message because it keeps people from the truth. The pride rainbow is a counterfeit. Believe God — there is hope and newness of life. The real message of the rainbow is the one I want to see paraded. Instead of rainbows plastered everywhere, I want to see people’s eyes shining with the light of a soul set free.