When someone was in danger, U.S. Marine Lance Cpl. Squire “Skip” Wells would defend them.

As I sat in the packed bleachers of this Marietta, Ga., high school’s football stadium on a cloudy, somber Tuesday evening, I watched a devastated community honor a 21-year-old hometown hero who was senselessly murdered on July 16 in Chattanooga, Tenn. Yet through the sadness, there was a palpable sense of pride and inspiration. Had Skip not developed the selfless desire to serve during his formative years, another U.S. Marine standing guard in his place would almost certainly be dead.

“Skip was our hero while he was at Sprayberry,” Esserwein added. “But now we share him with our country and with the world.” 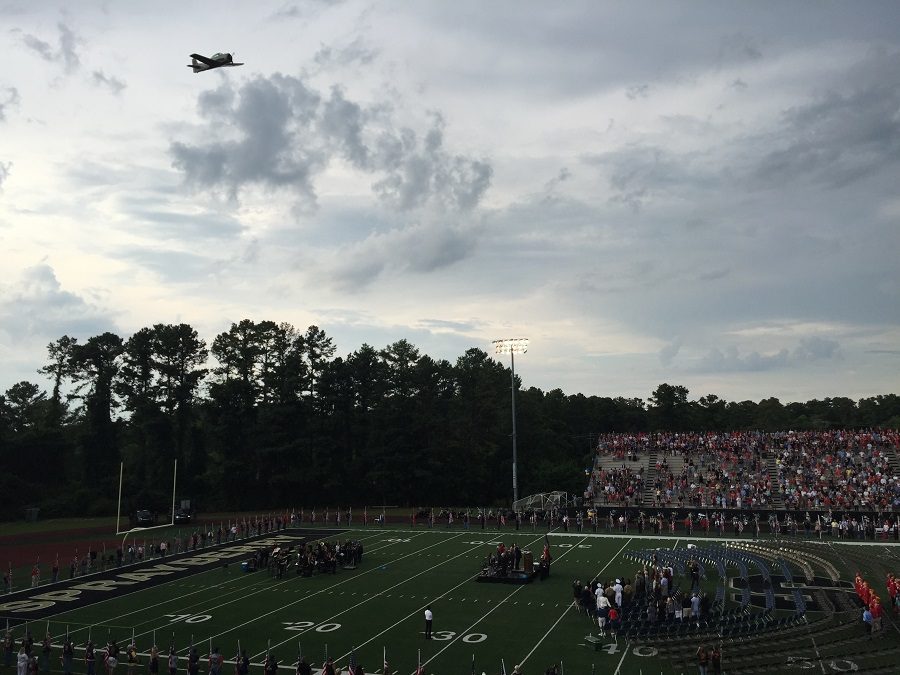 In front of Lance Cpl. Wells’ grieving mother, relatives, friends, fellow Marines, dignitaries and thousands of mourners, Skip was celebrated as not only a brave Marine, but a friendly, compassionate young man who always seemed to be smiling.

“I never knew if he was in a bad mood or not,” said U.S. Marine Gunnery Sgt. Joe Ingram of Sprayberry’s Junior ROTC program. “That smile got me every time.”

“You talk about a proud Gunnery Sergeant?” Ingram said with a smile of his own. “Oh, man.”

Ingram’s pride clearly spilled over into this Atlanta suburb. As I drove to the memorial event, streets were lined with American flags, signs, ribbons and balloons. The high school’s parking lot was full, which prompted officials to run shuttle buses to the football stadium from a nearby shopping center. Countless mourners, including young children, were standing, waving flags and saying prayers. 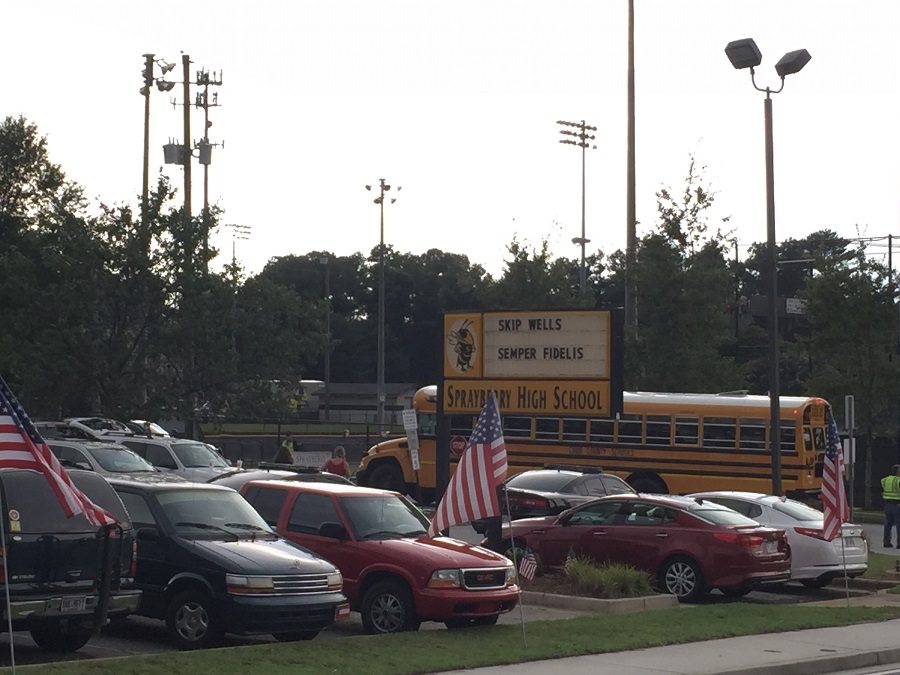 As Lt. Cmdr. Wonders spoke about how much Skip meant to his military and hometown communities, his voice began to crack.

“The budding life of a young man that everyone loved was senselessly and abruptly ended,” Wonders said before a brief pause. “I say farewell to you, Skip Wells. You will be sorely missed by all of those whose lives you touched.”

Just as the Navy veteran prepared to read Lance Cpl. Wells’ final orders, I noticed a single red balloon floating into the evening sky. I then thought of Skip’s three fellow Marines and one Sailor murdered in Chattanooga who, like Skip and the red balloon, had soared into the heavens. I thought about all five families and communities that were grieving on this humid summer night. I also thought about the U.S. Marine whose life was spared because Skip volunteered to put on our nation’s uniform. 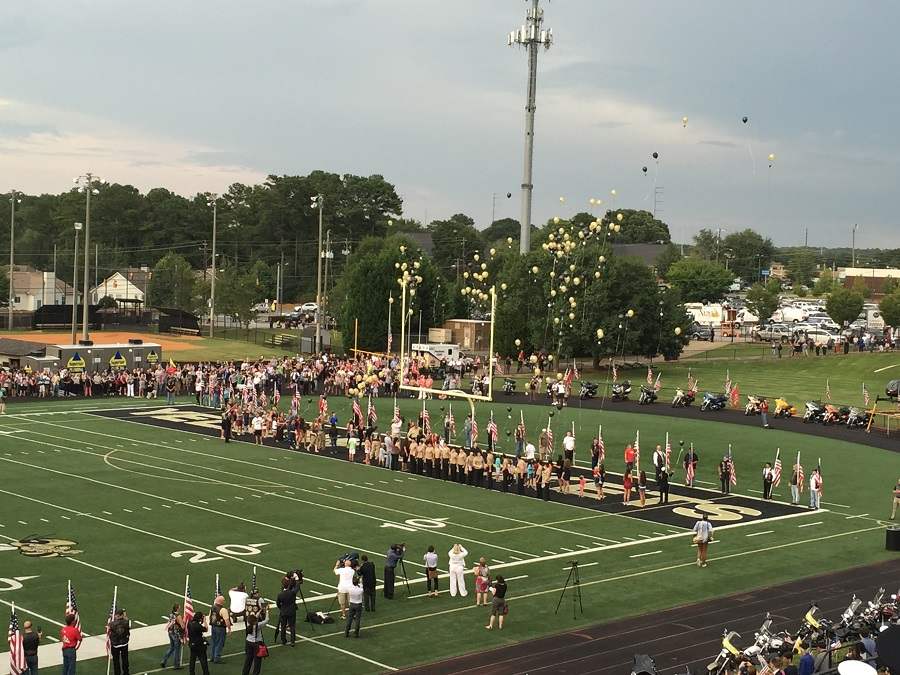 At the emotional ceremony’s conclusion, hundreds of balloons joined the red one already ascending into the parting evening clouds. In that powerful moment, it became clear that Skip wasn’t alone in paradise. For all time, he will be surrounded by generations of departed American warriors who gave everything to defend the freedom we hold so dear.

While it’s impossible to know who would have been standing guard in his place on that terrible day in Tennessee, one thing is certain. U.S. Marine Lance Cpl. Squire “Skip” Wells saved somebody’s life.

“He protected us,” Esserwein said.

‘They Protected Us’: A Gold Star Wife’s Moving Afghanistan Message