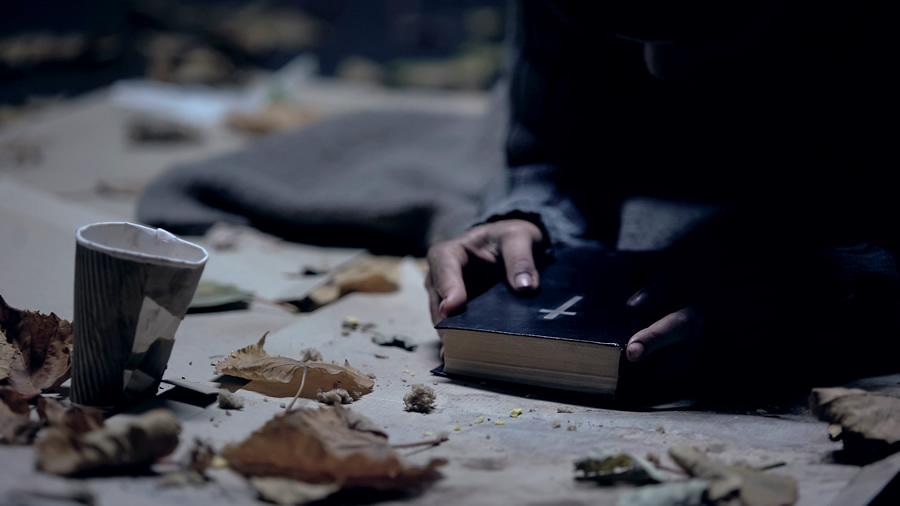 As I explained in my last article, the immigration crisis in Europe is caused, in part, by lies. Many people migrate to Europe under false hopes, because those who came before them were ashamed to admit how bad their situation was. The new migrants join the old in a hopeless situation, but they too are unwilling to admit their failure to those back home — and so the cycle continues.

The Promise of the West

It’s easy enough to blame Muslim migrants, with their culture of Honor and Shame and their willingness to paint a false picture to preserve their honor. This might be justified. They are not the only ones to blame, however.

In the defense of dishonest migrants, the lie didn’t start with them. It started with a bigger lie, propagated by the West: the lie of happiness from prosperity. Social media, advertisements, and entertainment all whisper the same message incessantly: “We have happiness. We have joy. We have fulfillment.” The West as seen on TV is a seductive place.

The Kingdom of Earth makes huge boasts. In the end, it can’t live up to them.

I remember feeling shocked as one Greek preacher berated his Middle Eastern migrant congregants for lying to their communities back home. He compared the secular paradise found in the promises of Europe, to the gentile lands where the Prodigal Son found himself: alluring, but ultimately yielding only despair. It was bold, but the point struck home.

The Promise of the World

This problem isn’t unique to the refugee crisis, or to affluent western world. The current crisis in Europe paints a perfect picture of the human condition. The Kingdom of Earth makes huge boasts. In the end, it can’t live up to them. But the last thing our Enemy is going to do is let us admit that. It’s only human, after all — present yourself in the best light, don’t let others see the emptiness beneath the surface. Pretend that earthly riches truly satisfy. Let others see your picture-perfect joy.

And so the cycle goes on. People hurt others, grasping for the treasures of earth. The favored flaunt their blessings, and hide the fact that those blessings can’t satisfy. We can’t admit that the treasures of earth are fragile. And when we are forced to admit it, we react in fear and scramble to protect them.

It’s no wonder the crises of the world seem to have no solution.

Once, at a meal program, I asked an Afghan migrant, “Where do you want to go?” It was a common question. Since Greece has few job opportunities and social services, virtually every refugee or immigrant you meet there is trying to move on deeper into Europe — to Germany, France, the U.K., Sweden. But this man’s reply caught me off guard.

Born a Muslim apple-farmer in Afghanistan, he had converted to Christianity in Greece after receiving a New Testament at the same meal program. He had abandoned his former loves, his former goals, his former Kingdom, and his life is now devoted the preaching the gospel to Muslims. Where that leads him is irrelevant.

His answer was profound.

Christians in the affluent Western world need to make a decision: what is our Kingdom? Too often, you would think that American Christians get their happiness and sense of security from America.

Our scriptures may say one thing, but people can tell what you really love. As long as we sell the American Dream to the rest of the world, the world will buy it. And the result will be more people grasping for what they cannot have, just as those here in the wealthy West are — whether that fact is visible or not. More blind men following the blind.

“Peter Rowden” is a pseudonym for a friend of The Stream who has asked that his name not be revealed in view of his future occupation.