"When Americans are united, there is nothing we cannot do.” 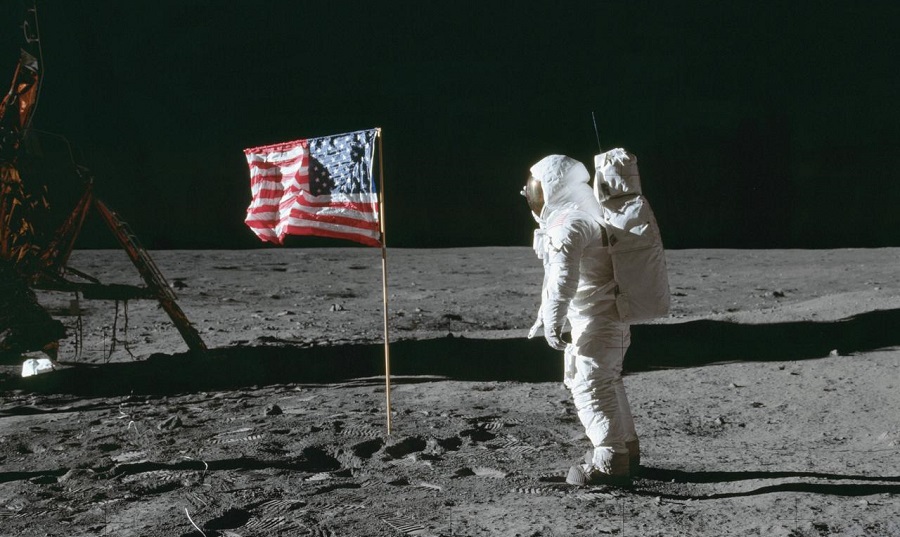 Just as our nation began taking its first steps toward economic recovery from the coronavirus lockdown, we were all struck by the video of George Floyd’s horrific and senseless murder. We have endured several nights of violent riots in dozens of cities across the country. And yet on Saturday afternoon, NASA launched two American astronauts into space for the first time in nearly a decade.

Is this event even newsworthy when our nation is on fire? When such deep divisions among races seem impossible to heal? When radical ideologies stoked by a hateful media have made rational, productive dialogue seem hopeless?

In light of these matters, a rocket launch might seem hardly worth noticing. Maybe even a little vulgar.

Yet our nation was much worse off when the NASA Apollo missions carried the first men to the moon. From civil unrest to the threat of nuclear war, the 1960s were fraught with tragedy and horror. The Cuban Missile Crisis. The assassination of JFK. Terrible racial inequalities. Domestic espionage. The assassination of MLK. The unpopular war in Vietnam. And yes, even a pandemic that claimed the lives of 100,000 Americans.

To some, the Space Race was simply expensive propaganda, providing a symbolic “win” in the Cold War. But looking back, it is often regarded the greatest accomplishment in the history of mankind. In the words of Vice President Mike Pence, “When the Apollo rockets leaped into the skies in the 1960s, they rose above the tumult and the clamor of their times. They were a symbol of national strength and unity.”

Saturday evening, reflecting on the day’s successful launch, President Trump called on all Americans to strive for such renewed strength and unity again.

Addressing NASA and SpaceX staff, the President acknowledged the difficulties of these days. He offered words of inspiration for moving forward.

I stand before you as a friend and ally to every American seeking justice and peace . . . Healing, not hatred; justice, not chaos are the mission at hand. Right now, America needs creation, not destruction; cooperation, not contempt; security, not anarchy . . . Civilization must be cherished, defended, and protected.

The President spoke of his work with Senator Tim Scott to create “Opportunity Zones” to attract investors to build in communities that need it the most.

We must all work together as a society to expand opportunity and to create a future of greater dignity and promise for all of our people. We must forge a partnership with community leaders, local law enforcement, and the faith community to restore hope. We are working toward a more just society, but that means building up, not tearing down; joining hands, not hurling fists; standing in solidarity, not surrendering to hostility.

In a special nod to SpaceX founder Elon Musk, Trump acknowledged the importance of private entrepreneurship for America’s continued success.

The modern world was built by risk-takers and renegades, fierce competitors, skilled craftsmen, captains of industry who pursued opportunities no one else saw and envisioned what no one else could ever think of seeing. The United States will harness the unrivaled creativity and speed of our private sector to stride even further into the unknown.

And to thunderous applause, he committed to sending astronauts back to the moon by 2024. It would be a stepping stone to the ultimate goal: Mars.

To be certain, we will meet adversity and hardship along the way. There may even be tragedy, because that is the danger of space . . . We will confront all of those challenges, knowing that the quest for understanding is the oldest and deepest hope in our souls. The innate human desire to explore and innovate is what propels the engines of progress and the march of civilization. We will preserve and persevere, and we will ensure a future of American dominance in space.

The Best Is Yet to Come

In his closing remarks, President Trump reflected on Americans’ incredible pioneering spirit through the ages. “This is our history, and this is our destiny.” And then looking to the future, he spoke boldly and positively:

Our most daring feats, our most epic journeys, our biggest adventures, and our finest days are just beginning. America’s proudest moments are still ahead. We are on the verge of our most exciting years . . . As our brave American astronauts shake the Earth and blaze a trail of fire and steel into the heavens, we proclaim for all to hear that we have not yet tested the full strength of the American character, and the world has not yet seen the full glory of the American spirit.”

As followers of Christ, we know that only God, through His Church in Kingdom power, can turn the tide of sin and division in this country. We watch with sadness what is unfolding in our nation at this very moment. It’s encouraging to hear our President speak so firmly about the need for unity. Our prayers are being heard and answered. And we are so grateful.

Click here to see the President’s speech in its entirety.