#Launch America: America Lifts Back Into Space With Historic Flight 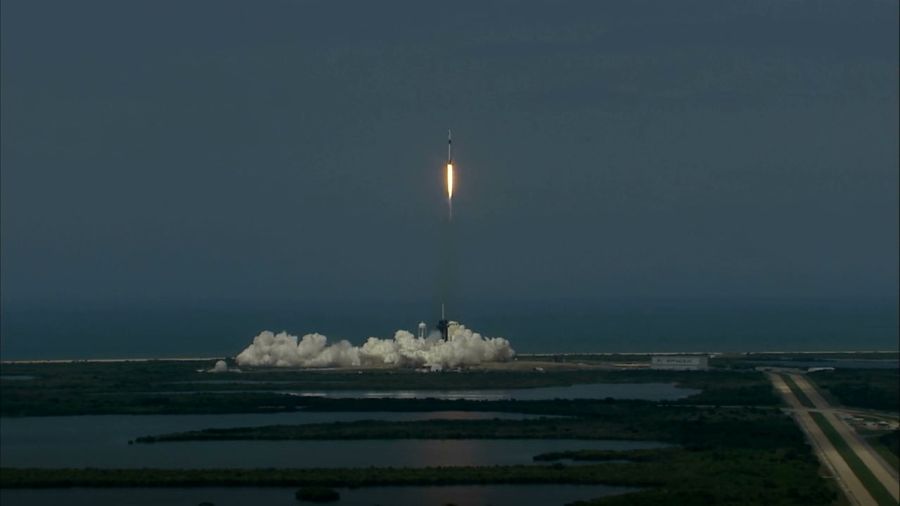 Not to be outdone by disturbance and disease, America returned to space Saturday afternoon, with the successful launch of the NASA’s SpaceX  Demo-2 mission. A “new era of human spaceflight” — as NASA puts it — is born.

This is the first manned launch from U.S. soil since the end of NASA’s Space Shuttle program in 2011. On board are astronauts Robert Behnken and Douglas Hurley. Let their names join such iconic figures as Neil Armstrong, John Glenn, Jim Lovell and Sally Ride.

The two are on their way to rendezvous with the International Space Station. You can track the mission here at NASA.gov.

The Demo-2 Mission is a remarkable partnership between the U.S. government and Elon Musk’s private SpaceX. In fact, it’s the first commercial manned mission in history. As Business Insider reports, NASA teaming with private companies will revolutionize space travel in the years to come and be a boon for America. “This is the culmination of a dream,” Elon Musk told CBS This Morning hours before launch. “This is a dream come true. In fact, it feels surreal. If you’d asked me when starting SpaceX if this would happen, I’d be like, 1% chance, 0.1% chance.”

We’re reminded of the words of President John F. Kennedy, who challenged America to reach for the heavens.

President Donald Trump, who has passionately pushed to re-launch the American manned space program, was on hand to witness the picture perfect liftoff from Cape Canaveral.

Astronaut Leland Melvin summarized Saturday’s historic #LaunchAmerica: “American astronauts on American rockets on American soil showing what Americans can do when we come together as a team.”

"American astronauts on American rockets from American soil, showing you what Americans can do when we come together as a team." — @Astro_Flow on the #LaunchAmerica mission: pic.twitter.com/d1p3WhHM44

“When I look at your heavens, the work of your fingers, the moon and the stars, which you have set in place, what is man that you are mindful of him, and the son of man that you care for him?” (Psalm 8:3-4)