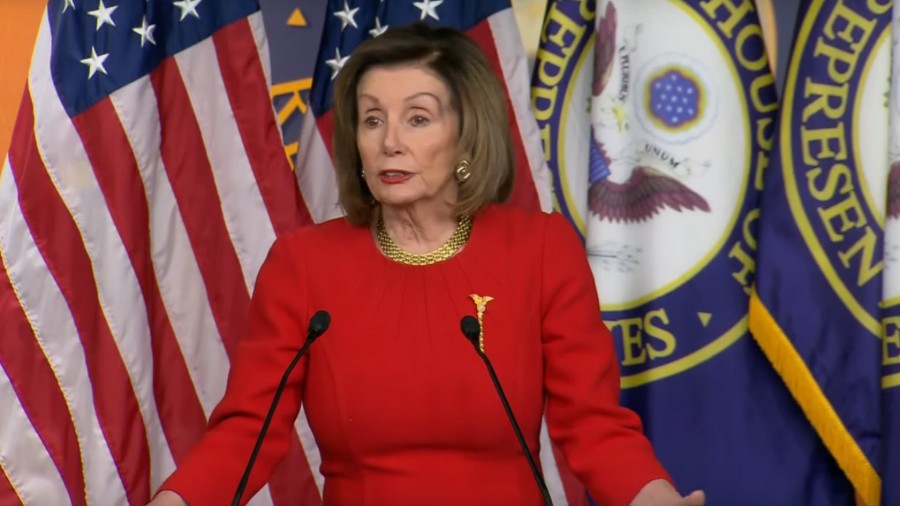 Did you notice how presidential President Donald Trump appeared at his press conference on Iran? It was a fitting symbol for House Speaker Nancy Pelosi’s colossal failure in withholding the impeachment articles from the Senate.

Whatever Pelosi’s loony strategy — her unorthodox decision to withhold is only about strategy and not principle — she has ensured that the hyperpartisan impeachment will be viewed for exactly what it was. For all the Democrats’ manufactured impeachment drama, people seem to care less and less about their shameless effort to affix a scarlet letter to Trump’s presidential record.

Have you also noticed that no one can quite figure out Pelosi’s angle in refusing to deliver the articles? You would think that with something as momentous as impeachment, people would have some idea about Pelosi’s mindset, but instead we get an anarchy of disparate theories, none of which resonate because you can’t make sense out of anything so nonsensical — and wrongheaded.

It is inexcusable for her and her colleagues to have put the nation through that ordeal, representing to us that the matter of Trump’s impeachment and removal was of unparalleled urgency, only to discontinue the proceedings when she gets the House to vote for impeachment.

She would have us believe that she is bargaining for Sen. Mitch McConnell to accede to her demands on the conduct of the Senate trial. For argument’s sake, let’s assume she’s shooting us straight. Who in her right mind, including Pelosi, thinks that McConnell will or should bargain with Pelosi on this, when the impeachment trials are the sole prerogative of the Senate, not the House?

Pelosi knew McConnell wouldn’t be that foolish or weak, so she obviously isn’t bargaining with him. Maybe she’s posturing for political purposes, betting that her cute trick will ultimately put the Democratic House witch hunters in a more favorable light and Trump in a less favorable one. Too bad for her — that’s not happening, either.

Consider: Pelosi crammed through an impeachment following an unfair, partisan proceeding that denied the president basic fairness and due process. The impeachment was for alleged misconduct that, if true, doesn’t constitute a crime, much less a high crime or misdemeanor. The Democrats’ whole case was based on secondhand and speculative evidence, and partisan presumptions without any proof of Trump’s criminal intent.

Now, having unilaterally denied Trump due process, she demands that McConnell give her assurances he won’t behave as badly as she has. That might work on Sen. Mitt Romney but not on McConnell. McConnell owes her nothing, and he’s not going to give her anything. He has already said he wants the Senate to apply the same rules that governed former President Bill Clinton’s trial, which was good enough for Democrats then — and remember that Clinton’s impeachment, unlike Trump’s, was bipartisan.

Another possible Pelosi motive is that she wants the impeachment stain to stand and is thus trying to deny Trump the chance to defend himself in the Senate — which is equivalent to denying him yet another right: a fair and speedy trial in the Senate. It’s also rich that Pelosi is holding out for guarantees of fairness from Senate Republicans on procedure considering that some Senate Democrats such as Sen. Elizabeth Warren have essentially admitted that they’ve already made up their mind on the substance of the charges — and that Trump is guilty.

What’s the Actual Threat to Our Democracy?

Pelosi contends that Trump is unfit for office because he abused his power, obstructed Congress and is a threat to “our democracy.” Yet by playing cynical games with a matter that is of grave importance to our system — the removal of the nation’s chief executive and commander in chief — she is abusing her power, obstructing the Senate from conducting its constitutional role in these proceedings and, thereby, interfering with “our democracy.” She ought to be impeached herself for putting the country through this charade.

Unfortunately for Pelosi and her ethics-challenged hatchet man Rep. Adam Schiff, an increasing number of Democratic and independent congressmen and senators are tiring of her games and urging her to submit the articles. As McConnell noted, “Now, even fellow Democrats are expressing public concern over the Speaker’s endless appetite for these cynical games.”

By wrongfully withholding the articles of impeachment from the Senate, Pelosi has conclusively demonstrated that she and her Democrats are not crusading to protect “our democracy” from the dastardly Donald Trump. They are trying to destroy Trump and are damaging “our democracy” in the process.