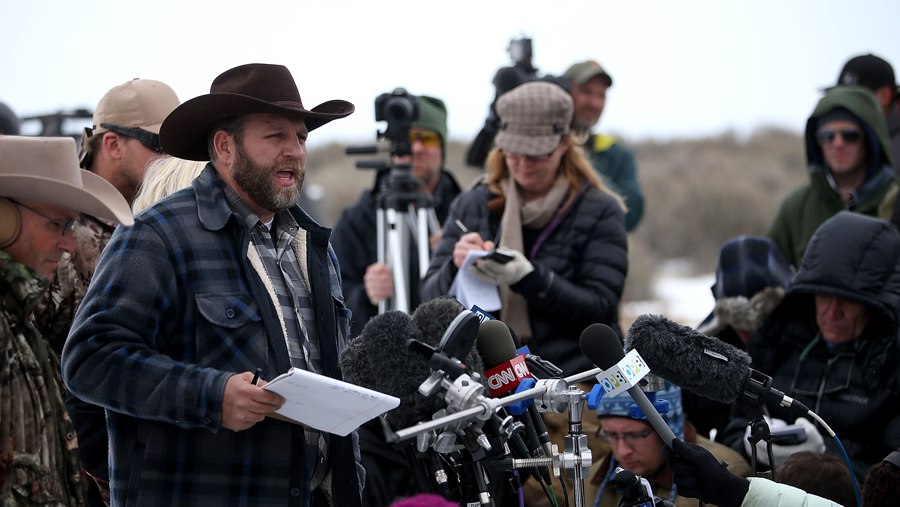 By Rachel Alexander Published on January 6, 2016 •

Dwight and Steven Hammond, a father and son who own a family ranch in southern Oregon, have returned to federal prison to serve more time for setting controlled fires on federal land they were leasing, fires that spread to other federal lands. The additional prison time sparked a national outcry, with armed supporters even taking over the federal Malheur Wildlife Refuge headquarters near the Hammond’s ranch. As of this morning, they remain holed up there, while local sheriff Dave Ward is urging calm and reassuring the community that steps are being taken behind the scenes. “It takes only one unstable person to show up with a skewed belief window to create something that can’t be taken back,” he said. 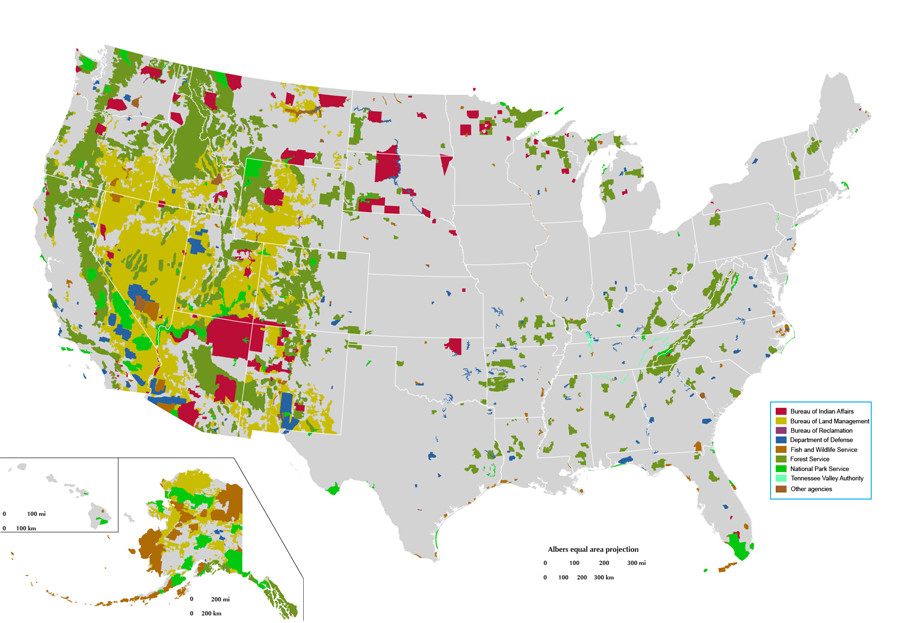 Map of all federally owned land in the United States. Wikimedia Commons

Land that has been in the families of ranchers for years is being taken away from them through various methods. After the government confiscates the property, it may lease some of it back to the ranchers — but steadily increases the leasing fees. This is what provoked the Bundy standoff in spring of 2014 between protesters and law enforcement. Cliven Bundy stopped paying the grazing fees to use federal lands in Nevada, declaring that the federal government had no authority over the land. He continued to let his cattle graze on the land, until the government closed off the land to seize his cattle. After protesters showed up, law enforcement backed down and left him alone. Since then, he has continued to use the land without paying the fees.

Some believe the government’s aggressive seizure of land is a part of Agenda 21, the United Nations program launched in 1992 for the vague purpose of saving the environment. One of the goals of Agenda 21 is said to be moving people out of rural areas and into large urban areas, with the government finding ways to force people to sell off their property for reasons like saving endangered species. Whatever the public or ulterior motivations, the reality is that large swaths of land around the country are now blocked off from human habitation and often poorly managed by a highly centralized federal bureaucracy. 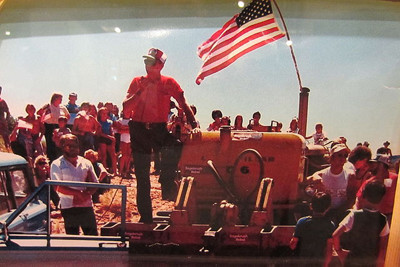 Sagebrush Rebellion: July 4, 1980. A group of 300 Grand County Utah residents gathered behind a flag-decorated bulldozer, in protest of the inclusion of Mill Creek Canyon as part of a BLM wilderness study area. Wikimedia Commons

In Oregon, the government set up the Malheur Wildlife Refuge in 1908, and began gradually expanding it throughout much of southern Oregon. It has grown to 187,000 acres. The protesters assert that the government forced local ranchers out of their property to make way for the expansion by diverting water during the 1980s to flood their homes and property, rendering them uninhabitable. If the government hadn’t seized so much land, the Hammonds would likely not have been forced to lease property from the government, and any controlled burns they set would have been on their own property, not involving the government. This isn’t to say the Hammonds did nothing wrong. It’s simply context for understanding the ranchers’ long-simmering frustrations with the federal government.

Civil Disobedience by the Hammonds’ Supporters

While many people are rallying around the Hammonds, some think their armed supporters have taken things too far. Occupying the Malheur Wildlife Refuge headquarters for days is trespassing. Several of the supporters have said they are prepared to shoot back at law enforcement if necessary. The Hammonds’ attorney distanced his clients from the protesters, saying the protesters do not speak for the Hammonds.

So far, law enforcement has not tried to evict the occupants, but is deliberating on how to handle the situation. There is a real concern that a confrontation could result in another Ruby Ridge or Waco, incidents where law enforcement heavy-handedly came after radical patriot types who were barricaded in buildings and wouldn’t leave. Both showdowns tragically resulted in the loss of life, and left a black mark on federal law enforcement.

The longer the Hammonds’ supporters remain in the building, the more clamoring there is to arrest them. However, since they haven’t done anything other than trespassing similar to the Occupy movement, which was allowed to camp out for months in public areas, it seems unfair to single them out for arrest.

On the other hand, since even the Hammonds have made it clear that occupying the headquarters is not endorsed by them, most people think the best resolution would be for the protesters to disband. Their actions are highly unlikely to change the outcome legally, since the Ninth Circuit Court of Appeals and a federal district court judge have now ruled firmly against them. The Oregon Farm Bureau intends to send a petition to President Obama asking him to pardon the Hammonds. However, since Obama ultimately controls the Department of Justice and its attorneys who successfully demanded the longer sentences, it is highly unlikely he will issue a pardon.

What could the protesters realistically accomplish? Instead of occupying the building indefinitely, the Hammonds’ supporters might consider urging Congress to investigate the prosecution. The DOJ has a history of some of its attorneys targeting people for political reasons. Supporters could also ask Congress to reform the Bureau of Land Management and other responsible federal agencies to stop the land grabs and return much of the land to private ownership. An armed confrontation would serve only to give Obama another opportunity to call for more gun control. While they may have good intentions, and the publicity has brought much needed attention to the federal land grabs, trespassing is complicating sympathy for the Hammonds and the overall land problem faced by Western ranchers.