An Open Letter to Bruce Springsteen and His Band 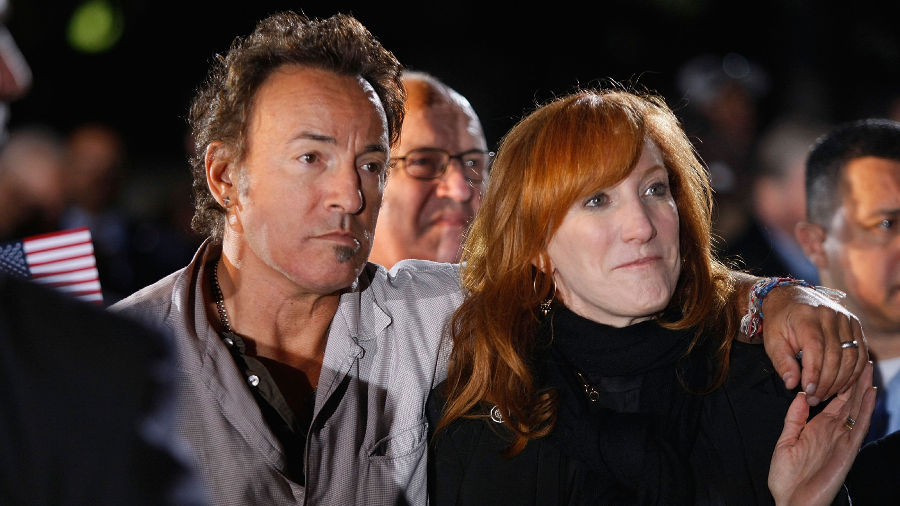 In this November 2, 2008 file photo, Singer Bruce Springsteen and his wife Patti Scialfa listen as then-Democratic presidential nominee Barack Obama speaks during a campaign rally at the Cleveland Mall in Cleveland, Ohio.

As a resident of North Carolina since 2003, I read with interest that you decided to cancel your April 10th concert in Greensboro because of HB2, the Public Facilities Privacy and Security Act.

In your statement you explained that, in your view, the bill is “an attempt by people who cannot stand the progress our country has made in recognizing the human rights of all of our citizens to overturn that progress.”

You added that it was time for you and your band “to show solidarity for those freedom fighters” (speaking of transgender activists), and you ended your statement with these powerful words: “Some things are more important than a rock show and this fight against prejudice and bigotry — which is happening as I write — is one of them. It is the strongest means I have for raising my voice in opposition to those who continue to push us backwards instead of forwards.”

I also read that your guitarist, Steven Van Zandt, has likened HB2 to an “evil virus” that is spreading through the United States in the form of similar legislation.

These are strong words, and they represent strong convictions. So, let me first commend you and your band members for putting your principles before your livelihood, even to the disappointment of your North Carolina fans. I have read that you regretted not performing at the 1985 Live Aid concert in Wembley, and perhaps this is your way of saying, “I do care and I’m here to make a difference.”

Whatever your motivation, I admire anyone who puts morality before money. My question to you and your band is simply this: In boycotting North Carolina and siding against HB2, did you really side with morality? Are you truly standing with “freedom fighters”?

I’m assuming you read HB2 for yourself and you’re not just listening to media reports attacking the bill or, worse still, getting your talking points from biased lobbyist groups like the Human Rights Campaign. (If you’re not really familiar with the bill, then click here and here and here.)

So, please allow me to ask you some questions.

First, how do you know if someone is really “transgender” or not? Is it determined entirely by how they feel about themselves? If so, do you think that it might be hard to make laws based entirely on how people feel? Did you ever stop to consider that?

Second, what’s the difference between someone with “gender dysphoria” (or, as it used to be called, “gender identity disorder”) and someone, say, with schizophrenia or “multiple personality disorder” or some other psychological condition? In other words, if a man is a biological and chromosomal male but believes he is a woman, is he actually a woman, or does he have a psychological disorder?

I’m not saying they don’t deserve compassion. To the contrary, I’m saying that’s exactly what they deserve: compassion, not celebration.

But perhaps I’m being too abstract here, so let’s get really practical. Let’s say that a 6’ 4” male who used to play professional football and who has secretly agonized over his gender identity for years finally determines that he must be true to himself and live as a woman.

Do you think it might be traumatic for a little girl using the library bathroom to see this big man walk into her room wearing a dress and a wig? Should we take her feelings into account, or is she not important? What if that was your granddaughter? Would you care if she was traumatized? And when you speak of “the human rights of all of our citizens” does that include little girls like this?

I understand that this gentleman will have difficulties should he decide to dress and live as a woman, but that is still a choice he is making, and it is not fair to impose his struggles on innocent little children, is it?

And what if this same man, whom we’ll assume is not a sexual predator, wants to share the YMCA locker room with your wife and daughter, standing there in his underwear as they come out of the shower stalls wrapped in towels. Is this fair to them?

Let’s take this one step further. If any man who claims to be a woman can use women’s bathrooms and locker rooms, then how do we keep the sexual predators out? I’ve asked people to watch this short video, giving examples of male heterosexual predators who donned women’s clothing to get into the ladies’ rooms, and I’d encourage you to watch it too. Without HB2, rapists and voyeurs and pedophiles would have free access to our women and daughters in the safety of their own bathrooms and locker rooms.

Since you don’t like HB2 — indeed, your guitarist called it an “evil virus” — what’s your plan to keep the predators out? How can we tell the difference between a “genuine” transgender person and a sexual predator? Since everyone knows you as “The Boss,” what would you do to keep the ladies and children safe?

And one final question.

When you booked the concert in Greenboro, the laws in North Carolina were just as they are today: In public facilities, people had to use the bathrooms and locker rooms that corresponded to their biological sex. Why, then, did you agree to come in the first place? Why cancel the concert when things today are just what they were six months ago?

Again, I appreciate your sincerity, but I question your judgment. In your zeal to do what is right, you have actually done what is wrong.