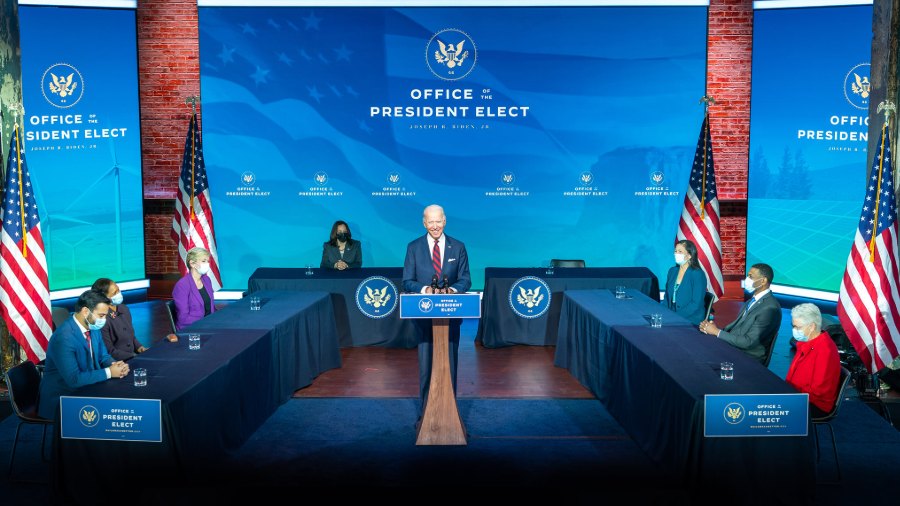 In the sense that matters, Joe Biden won the election. Sure, Donald Trump may have won more votes in more states, and he was surely cheated out of votes in several others. But he lost. And Biden won.

We know Biden won because it will be he that is sworn in next week and not Trump. It’s tough to swallow, but that’s what’s happening.

If a party cheats, and is in charge of investigating accusations of cheating, and if the media calls the cheating a conspiracy theory, and if the rulers move to expel those who question the cheating, as has already happened, then that party will win by virtue of its power.

This is the way power works.

A Long Tradition of Election Cheating

We have a long tradition of cheating in elections. Some cities, like Chicago and Philadelphia, to name only two of many, are notorious for it. It got so bad in Philly that even Democrats were once worried they had gone too far. Chicago under Boss Daley, some historians say, was responsible for flipping the 1960 election from Nixon to JFK. About that, more in a moment.

Everybody involved in running elections knows how endemic cheating is, or should know. Especially this year with the dramatic increase in absentee and mail-in balloting — an increase signaled well in advance because of the COVID-19 panic.

That means the Republicans who were supposed to be watching out for their candidate’s interest should have seen what happened coming, and prepared against it.

Instead, the election night turned into a grade D French farce — Trump well ahead in crucial states at sundown, his lead collapsing when the lights went off. This suggests that the party professing support for Trump was not exactly in earnest.

There is much evidence of election cheating. I took part in marshaling some of it (here, here are the biggest), along with a slew of others you’ve heard about, and some you might not have.

Not every theory of cheating put forward as conclusive was as strong as was touted, but that was to be expected given the nature of the effort. Research had to be done at top speed. It was not as well coordinated as we could have wished, and in a hostile environment against an enemy determined to ignore, belittle and delay. Time was not our friend.

We could rehash all the details, which are at least useful as an archive to historians, and to teach future election-watchers how cheating can occur. However, these facts don’t now matter. Not at this moment. Biden will be enthroned regardless, and he won’t be going anywhere. Until Kamala finds a way. But that’s a whole ‘nother story.

Remember When It Was Mainstream to Say the Election was Hijacked?

Remember? Our political elite were convinced Vladimir Putin, in mufti, sneaked across the border and applied Soviet mind-altering technology to cause people to vote for Trump instead of Hillary. Or something.

The “Russian collusion” story began as a diversionary lie, as a way to explain the unexplainable, to excuse Hillary’s poor performance. How could anybody have voted for Trump? The bad news was that the lie was so effective that those telling it were soon convinced of its truth because the great mass of our betters began repeating it endlessly. The left fell victim to their own propaganda. It was a remarkable thing to see.

There were years of protests, cry-ins, charges of theft, of mysterious foreigners and secret “white supremacist” cabals juicing elections. Until this year, when doubting election integrity became anathema.

We won’t even discuss the contrast between our elites’ welcoming of and active participation in the riots, lootings, and mayhem of the summer, and their instant switch to pretended “outrage” over the Capitol protest last week. The hypocrisy of the debased is so routine it’s not much worth remarking on.

Except to say that they get away with it because they are in power.

Edward Luttwak, who knows more about coups than anybody, tweeted after the protest, “In 1960 there was evidence that Kennedy had won because of electoral fraud in Cook county but Nixon refused legal remedies or any protest to preserve public harmony. Twelve years later he was elected President. Trump had that option.”

It was his opinion that Trump should also have ignored the fraud and bowed out gracefully for the good of the country. I disagree.

The USA of 1960 barely resembles the one we have now. There was still hope in 1960 that elections could regain integrity. That hope is now a wisp. At the very least, Trump helped us understand that.