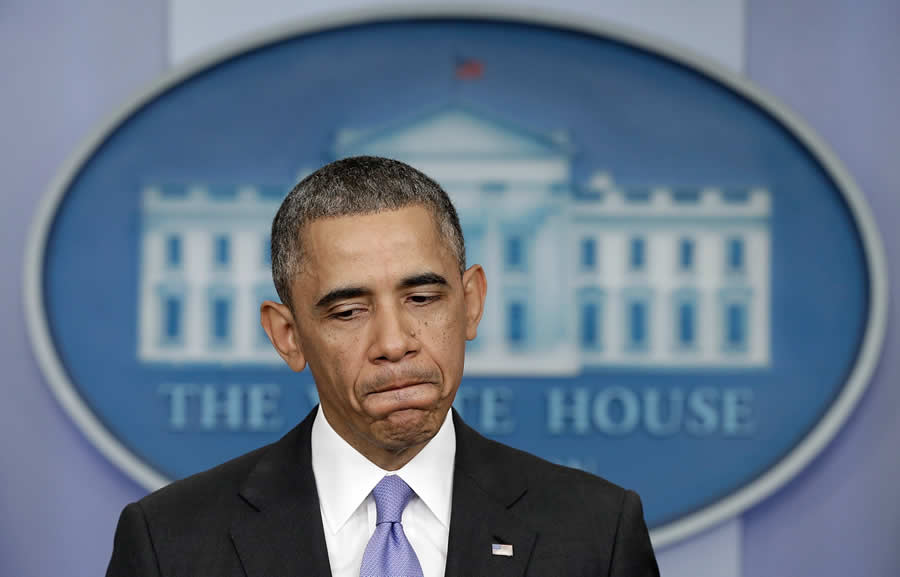 Any mere mortal who claims to have “saved the world” is generally fitted for a padded room. Though I would never make such a suggestion about President Obama, I was somewhat startled when I read the President words when he recently spoke to a group of British students on April 23. Reflecting on his legacy, the President commented, “Saving the world economy from a great depression, that was pretty good.” He then added:

The first time I came to London, in April 2009, the world economy was in free fall, in part because of the reckless behavior of the folks on Wall Street, but in part because of reckless behavior of a lot of financial institutions around the globe. For us to be able to mobilize the world community, to take rapid action, to stabilize the financial markets and then in the United States to pass Wall Street reforms that make it much less likely that a crisis like that could happen again — I’m proud of that.

Like all presidents near the end of their time in office, Obama wants to define his own legacy. But while a dispassionate, in-depth history of the 2008 financial crisis has yet to be written, it’s not hard to find evidence indicating that President Obama’s hermeneutic of interpretation won’t be the last word.

The Causes of the Financial Crisis

Certainly, a great deal of irresponsibility on the part of banks and other financial institutions in the United States and Western Europe contributed to the 2008 crisis. Consider, however, just how much of this behavior actually emanated from government institutions. Take, for instance, the subprime mortgage fiasco. It has been estimated that roughly 58% of all American mortgages were subprime or low-quality in 2008. Of these mortgages, about 76% were lent by government agencies, primarily the mortgage-lenders Fannie Mae and Freddie Mac.

This leads us to another issue contributing to the 2008 financial crisis which doesn’t fit the President’s narrative: the omnipresent problem of government-enabled moral hazard.

The expression’s origins have been traced back to the 17th century insurance industry. Moral hazard today, however, typically concerns the circumstances, policies and institutions that encourage businesses to take on excessive risk, often with other people’s wealth, because such businesses safely assume they won’t be picking up the bill for any failure.

Back in December 2007, the Nobel economist Vernon Smith warned that the activities of Freddie Mac and Fannie Mae were buttressed by the assumption that, as government-sponsored enterprises with lower capital-requirements than private institutions, they could always look to the Federal government for assistance if unusually high numbers of their clients defaulted. Both Fannie Mae and Freddie Mac, Smith underscored, had always been understood as “implicitly taxpayer-backed agencies.” Hence they continued what are now recognized as their politically driven and fiscally irresponsible lending policies until both were consigned to Federal conservatorship in September 2008.

There are many other examples of similar behavior by government officials and organizations. These include those politicians who legislated to cajole banks into making subprime mortgage loans in the first place, central bankers who kept interest-rates too low for too long, and regulators who failed to recognize the growth of dangerously high leverage-levels in the system. I doubt, however, whether President Obama would recognize any of these as major contributing factors to the 2008 financial meltdown.

As for helping to reduce the likelihood of similar problems in the future, the President’s claims are also open to question. Various measures taken in response to the crisis may actually have created a number of financial time-bombs. One example is the voluminous Dodd–Frank Wall Street Reform and Consumer Protection Act (2010).

Dodd-Frank was one of the most significant changes to America’s financial regulatory framework. It’s surely what President Obama had in mind when he spoke of reforms that would reduce the possibility of 2008-like systematic failures in the future.

After the financial crisis, it was politically inevitable that significant regulatory change would occur. But Dodd-Frank has arguably worsened the “too-big-to-fail” problem. It created, for instance, the Financial Stability Oversight Council (FSOC) Led by the Treasury Secretary, the FSOC, as stated on its website, “brings together the expertise of the federal financial regulators, an independent insurance expert appointed by the President, and state regulators.”

Among its many powers, the FSOC may “designate financial market utilities that perform payment, clearing, or settlement activities as systemic, requiring them to meet prescribed risk management standards and heightened oversight by the Federal Reserve, the Securities and Exchange Commission, or the Commodities Futures Trading Commission.” It may do so if the FSOC decides that significant financial problems in such a business may facilitate systemic financial instability.

The insurance giant, AIG, which played a major role in spurring on the 2008 financial crisis, exemplifies such an institution. Indeed, AIG was one of the first such businesses to be identified by the FSOC as falling into this category.

But here’s the problem: by making such a designation, the FSOC effectively identifies particular financial businesses as too-big-to-fail, thereby exacerbating the problem of moral hazard. Ironically, this is directly at odds with one of Dodd-Frank’s stated purposes outlined in the Act’s very first paragraph: “to end ‘too big to fail’.”

President Obama didn’t cause the 2008 financial crisis. He inherited a mess that owed much to policies put in place by preceding Republican and Democrat administrations. He does, however, appear to have a blind spot concerning the ways governments can contribute to such crises. Alas, it’s one of his legacies that’s likely to haunt us — and the global economy — in the future.

Samuel Gregg is Research Director at the Acton Institute and author of For God and Profit: How Banking and Finance Can Serve the Common Good (2016).

How the GOP Blew the 2008 Financial Crisis

Steve Bannon, Elizabeth Warren, and the Scam That Sparked the Trump Movement