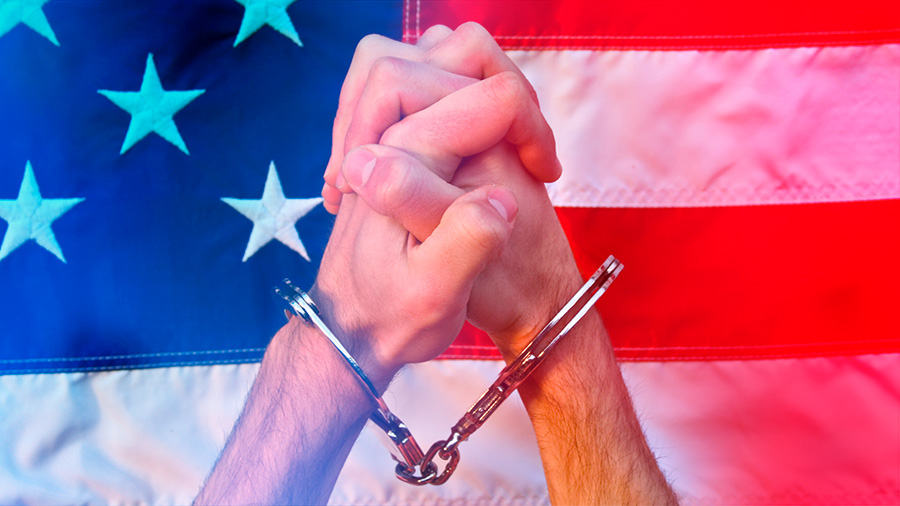 In September 2016, The Claremont Review of Books called the upcoming race “The Flight 93 Election,” because America had been hijacked, and was being flown like a Kamikaze plane. That was right then. But now it’s four years later, and we face a different problem. With our rights getting seized and our Constitution de facto suspended, we’re living through our own version of Germany’s Reichstag fire. Enemies of that country’s constitution used that real event to gin up a public panic, and annul individual rights.

I asked in a column a few weeks ago, “Are you paranoid enough?” And the answer has come back. It’s “No.”

That reply was official. We submitted it through proper channels to the relevant elites. They got back to us really promptly. It was absolute and definitive, as if on official letterhead.

What do I mean? Well, in case you don’t recall, my column reviewed a powerful new media documentary by journalist Mike Cernovich. The film’s called Hoaxed. Here’s a snippet of what I said about it then:

In Hoaxed, Cernovich offers a detailed, fine-grained picture of how “legacy” broadcast and print media now cooperate with social media giants to massively bias coverage of news. Not just of straight up politics, but even world events.

The response to Hoaxed answered my question, all right. Within a few weeks of its premiere on Amazon Prime, the company banned the film. No explanation given. Amazon simply … pulled it. (I’ve reached out to Mr. Cernovich for the backstory, and when he gets back to me I’ll publish that interview here.)

You can still see the film on iTunes, Vudu, and Youtube … for the moment. Don’t bet the farm that it won’t vanish from those venues too. The Woke execs at Big Tech firms like to march in lockstep.

When a media expose revealing bias gets … censored, what should that tell us?

That everything’s hunky-dory? How comfortable are we that as brick and mortar stores go bankrupt thanks to this lockdown, Amazon’s raking in billions? That it’s even becoming our normal, go-to place for getting our daily necessities? Do we want one company that censors dissenting ideas controlling not just the information but the food and toilet paper supply? That question seems a lot less crazy today than it would have on March 1, doesn’t it?

When some of our real stores re-open, let’s make a special effort to wean ourselves off Amazon, shall we? And maybe ask President Trump to give that company a really close look under antitrust laws. It might be time to break that behemoth up into 20 or 30 pieces.

What Would Biden Do?

What can I really say about how blue state governors and mayors are acting? Nothing I didn’t already point to days ago, when I warned of the Tyrannovirus. Closing drive-in church services. Keeping abortion clinics open. Sending cops to bust people fishing alone in their boats. It’s all like some paranoid montage from a terrible end-of-days screenplay.

All these civil rights of religion and assembly are getting trashed far beyond the actual guidelines for social distancing. This with a Republican in the White House. Can you even imagine how the next crisis would play out, if Joe Biden wins?

Do we want one company that censors dissenting ideas controlling not just the information but the food and toilet paper supply? That question seems a lot less crazy today than it would have on March 1, doesn’t it?

We were already fighting for incredibly high stakes this November. We faced a left that refused to surrender power in 2016 and attempted a slow motion coup. Now we see in the bleak light of day just how vicious and lawless these people are willing to be. The next time a bat or a biologist transmits a deadly virus from China to Chinatown … . How many rights will we even have left? Will the people who sent a SWAT team to arrest Roger Stone, and want to put General Mike Flynn in prison, even allow judicial appeals?

Again, these seemed like crazy questions, as far back as March 1. No more.

They Never Just Give You Your Rights Back

Every American needs to read a book, just one book, to prepare himself for what we’re facing today. It’s Crisis and Leviathan, by Robert Higgs. It chronicles how real crises, spontaneous or manufactured, serve the permanent, irreversible growth of big government power. The “emergency” powers seized by the feds or the states might help weather the storm, but the government rarely gives them back, and never without a fight.

Here’s a prime example: the military draft, a huge confiscation of liberty, was introduced to fight World War II. It was still going strong into the 1970s. When Democrats like Gov. Andrew Cuomo talk about the “new normal,” they’re thinking of massive societal changes the size of that one. They never let a crisis “go to waste.”

And what will America look like, if panicked citizens let elites strip away our constitutional protections, as we desperately claw for safety?

I predict we’ll look a lot like a comparable European country, with a very similar culture. We’ll go the way of Germany, where a single political elite squashes any serious dissent with an iron fist, labeling criticism of immigration policy “hate speech,” and imprisoning people for their ideas. What we see in Germany today, we’ll see over here under President Biden, in less than a year. Remember that Barack Obama, who just endorsed Biden, promised to “fundamentally transform” America into a “normal country,” like those in Western Europe.

The following news comes from Paul Joseph Watson, who’s linked to the controversial Alex Jones. I’ve checked his information with a mainstream German news site, though, and it all seems to be correct. This is how the democratic constitutional German government is handling peaceful critics of its virus lockdown policy:

A German medical lawyer who criticized the coronavirus lockdown law was arrested and taken to a psychiatric ward, where she says she was violently abused by authorities.

Beate Bahner published a press release on April 3rd decrying the German lockdown laws as “flagrantly unconstitutional, infringing to an unprecedented extent many of the fundamental rights of citizens.”

“These measures are not justified by the Infection Prevention Act, hurriedly amended just a few days ago,” she asserted. “Long-term restrictions on leaving home and meeting others, based on high-death-rate modelled scenarios, which fail to take account of actual critical expert opinions, and the complete shutdown of businesses and shops with no proof that they pose any risk of infection, are thoroughly unlawful.”

Bahner called for a nationwide protest on Easter Sunday to “end the tyranny at once,” before Heidelberg Police announced that they would seek to prosecute her for inciting Germans to break the law.

The authorities didn’t take Bahner to jail. They dumped her at a psychiatric hospital, like a Soviet dissident. Then they treated her “like a terrorist,” according to Bahner, who managed to contact her sister.

“I asked to be allowed to sit down and was shown to a bench. Then I asked to have the handcuffs taken off, since it was actually I who had requested police protection,” she recounted. “But instead, I was thrown to the floor again, having my head hurled onto the stone floor from a meter height, which nobody reacted to. Then I was forced to spend the night lying on the floor in some high-security Guantanamo psychiatric clinic…there was no toilet, no sink, though they did allow me water, and there was a bell I could ring, though they ignored it after the third time I pressed it.”

Bahner is in the company of over 50 well-known experts in criticising the nationwide lockdown; I would be glad to furnish you with a list of their names. If it really is the case lawyers critical of government measures can now be intimidated using the state legal apparatus or psychiatry, and can be professionally and socially destroyed, then it is five minutes to midnight in this country.

What time is it in America? And where will the hands on the clock be after the next inauguration, come January? That’s up to us.