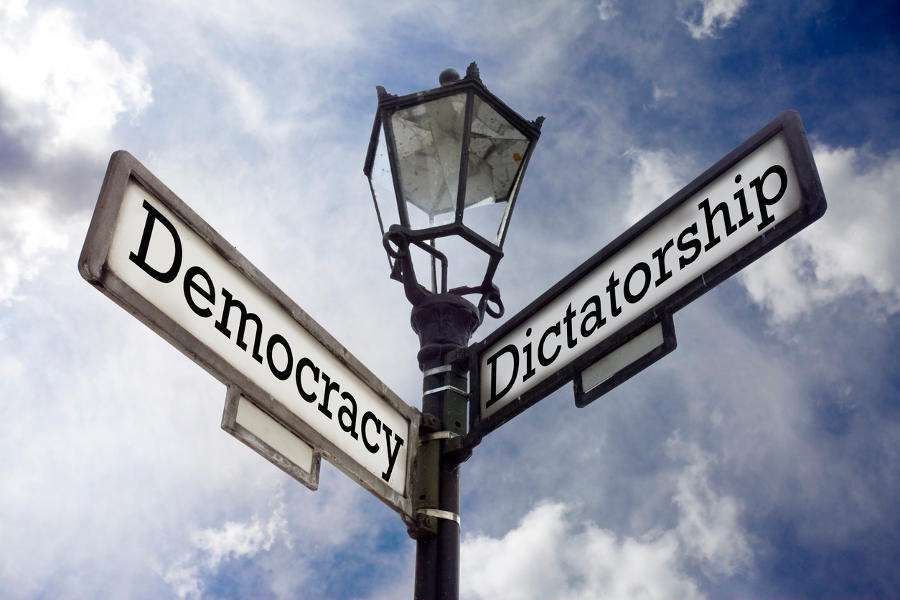 Are we still America, or have we become a hideous substitute? Are we governed by truth or by lies, in honesty or in fraud?

Perhaps you thought the big question now was who will be president the next four years. That matters, obviously. But there is a far greater question: Who are we now, behind these masks we’re all being made to wear? Are we America? And why does the Left not seem to care?

The election is long since over. America has spoken, and we gave one of the candidates enough legitimately cast ballots to win. We have spoken, but our voice has been passed through a distorting filter, so we do not know yet which candidate we legitimately elected. Make no mistake, though: The truth of the matter may be in dispute, it may be difficult to discern, but there is a truth. We voted, and one of the candidates received enough proper votes to be the winner.

We voted. That’s over now. The time for partisan campaigning ended on November 3; now is the time to find out who really won. So where do you stand on this? You’ll know by how you answer this question: Do you want Trump to win now, or Biden?

If you said yes to either one, you need to re-evaluate how you’re looking at this election. There is only one proper answer now. This is no longer time to pull for either Trump or Biden; this is the time to fight for the truth.

If Biden Legitimately Won on Nov. 3, I’ll Fight For Him Now

I have a very strong preference for Trump over Biden. If I became convinced, however, that Biden won legitimately on November 3, then I would fight for him as hard as I’ve fought for Trump. More accurately, I’d fight for America’s voters, who must not be denied the right to choose who will lead us.

I’d fight for Biden in that case because we must be a nation of laws, ruled by the Constitution and the power it reserves for the people. I’d fight for him because I want to live in a constitutional democratic republic, not a nation run by thugs and thieves.

I don’t want a Democrat president, but that’s secondary. I want a democratically elected president. I want to live in a country that chooses its leaders that way.

I’d fight for Biden because we are a nation with a government of the people, by the people, for the people, which must not perish from the earth.

And I’d fight for him because I give honor to a principle even greater than America, which is the truth. The man who truly won the election on November 3 should absolutely be our next president, no matter who that may be.

Liberals Standing Against the Truth

Right now we do not know who that is. Signs of thievery and thuggery abound. Trump’s lawyers have hundreds of witness affidavits charging widespread systematic ballot dumping. Dominion Voting Systems and Smartmatic software have been tied to foreign nationals including two Venezuelan dictators, Hugo Chavez and Nicolas Maduro. The vote counts have multiple statistical irregularities. Together it adds up to so much distortion in the voters’ voice, we don’t know who they legitimately chose.

You’d think the nation would come together now to find out the truth, as best we can. You’d think it, that is, if you’d time-traveled from a day when Americans agreed it mattered. Yesterday I saw a montage of mainstream news anchors excoriating Donald Trump for his “anti-democratic,” “irresponsible” “power grab.”

While millions of Americans agree the vote has the appearance of being rigged, they’re telling us in effect, “Would you please just get over it?”

They’re still campaigning against Trump as if November 3 hadn’t happened yet, as if we hadn’t already voted, as if there was something desperately wrong with trying to found out who we really voted for.

Given a choice between Trump, Biden, or the truth, it’s obvious they’ve only got one answer. It need not be the truth; it only needs to be Biden.

Pro-Trump People Must be Pro-Truth People

I’m sure there are some on the other side of the aisle who’d say it need not be the truth; it only needs to be Trump. It’s hard to say how many, because at this point the fight for truth and the fight for Trump have exactly the same strategies: Delay certifying the vote while we sort through the mess and find out who really won.

You could read most of my articles from the past three weeks and not know whether I was gunning for Trump no matter what, or standing for due process and a truthful outcome. I trust there’s no doubt where I stand now.

I don’t much want a Democrat president, but that’s secondary. I want a democratically elected president. I want to live in a country that chooses its leaders that way.

Biden would be a very poor choice for president, probably even a disaster, but even that would be better than the totalitarian catastrophe that would follow if we gave up on free, fair, open, honest elections. America would be no more. We’d still use the same name and the same currency. We’d fly the same flag, or stomp on it, for those who hate it. But when fair elections become a thing of the past, what meaning would our flag have anyway? What meaning would America have?

So to my colleagues on the right, I say yes, let’s keep pushing for a true answer to these questions about election fraud. Let’s make it very clear, though, that we’re doing it for the right reason. It’s not to make Trump president again, but to make sure we know we’re confirming the people’s real choice for president again.

To those on the Left, I call on you to stop campaigning against Trump. Start campaigning for a true, proper, and complete accounting for the votes we cast on November 3. Our democracy depends on it.