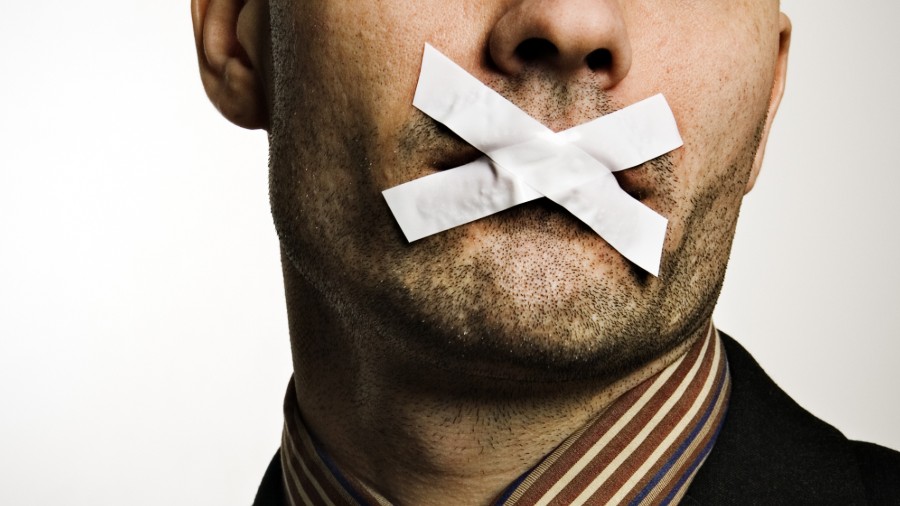 Because I love God and my neighbor, I will always try to be respectful and civil in my speech. At the same time, society will not tell me what words I must and must not say. Sorry, but I’m not playing that very dangerous game. I urge you not to play that game either.

For years, in order to have dialogue with people with different perspectives, as well as to interact with the younger generation, I have freely chosen to use words like “gay” or “lesbian” rather than only saying “homosexual.” At the same time, I have had no illusions. I knew I would be just as hated, just as vilified, just as judged by those whose agenda I rejected.

But that’s not what we were told. We were told that we needed to show sensitivity. That it was imperative that we used the proper terminology. That we must go out of our way to not offend with our words. This is the enlightened way.

But because we resisted the radical agenda of LGBTQ+ activists, we were branded bigots and homophobes and haters and transphobes, just the same. Our careful communication did not win us brownie points in the end.

If I was forced to use the latest, acceptable terminology “or else,” I would politely refuse.

Let that serve as an example today. Quoting the right phrases will not get you a free pass. Avoiding the wrong words will not exempt you from attack. Do not be deceived.

If you do not conform completely to the latest demands of the crowd, you will be reviled, excommunicated and cancelled. You have been forewarned.

When it comes to homosexual issues, I still use terms like “gay” or “lesbian” to interact with those who would otherwise not hear me. And I choose to use the latest version of “LGBTQ+” to illustrate the point I and others have made for years. There is no end in sight. There will always be another term. Another orientation. Another identity. This is what happens when you deviate from “male and female He created them.”

No One Has the Right to Dictate My Speech

But if I was forced to use the latest, acceptable terminology “or else,” I would politely refuse. No one has the right to dictate the words that you and I use.

Today, we must say “black lives matter” to prove our orthodoxy. Perhaps tomorrow we will have to pay reparations?

Personally, since some of my black Christian colleagues have conveyed to me what “black lives matter” means to them, I’m happy to affirm my solidarity, using those very words. (For more on this, see here.) With absolute freedom and without any sense of coercion, I want the world to know that I truly believe that black lives matter to God and to humanity. I say that from the heart.

But I have no illusions here either. To the woke crowd, my words are nothing more than virtue signaling. I will not win them with my words.

And if demands were put on me to say the words or post the logo to prove my opposition to racism, my answer would be no. You will not dictate what I say or do not say.

Not only so, but if I want to shout out, “Black lives matter, beginning in the womb,” I will do that too. (For our viral meme, see here.) And you better believe I will always explain why I do not stand with the Black Lives Matter movement.

I do not bow the knee to the crowd. Neither should you.

Of course, I would never dream of using derogatory terms or racial epithets. Those are not part of my vocabulary, nor do they enter my thoughts.

At the same time, I categorically reject today’s cancel culture that will crucify a young adult for an ugly tweet he posted when he was 15. How contrite must he be before he has paid his dues? How many apologies must he offer? What acts must he perform to prove that he is duly penitent? This too is a counsel of despair.

In November, 2016, shortly before his sudden rise to fame, I interviewed Prof. Jordan Peterson on my radio show. I didn’t know a lot about him, only that he had taken a courageous stand on his college campus, refusing to go along with transgender terminology. No one was going to force him what to say.

But as we spoke by phone that day, I was in for quite a surprise. He was not a meek, hurting Christian, wounded by the attacks of his own university. Instead, he was fiery and bold, conveying anything but a victim mentality. Rather, as someone who had studied Communism for years, he saw where enforced speech led. He would not bow down to a destructive authoritarian system.

Barely 8 months later, in June 2017, Canada passed a national law, making it illegal to “misgender” someone. And how far would this law go? As expressed by Brenda Cossman, a law professor at Peterson’s University of Toronto, “Would it cover a situation where an individual repeatedly, consistently refuses to use a person’s chosen pronoun? It might.”

In fact, according to a 2014 policy in Ontario, “Gender-based harassment can involve: (5) Refusing to refer to a person by their self-identified name and proper personal pronoun.”

That’s why Cossman thought that failure to use someone’s preferred pronoun could make you into a lawbreaker, even though the federal law didn’t mention pronouns. The precedent had already been set.

This enforced language code is now part of the Canadian Human Rights Act, “added to a section of the Criminal Code that targets hate speech — defined as advocating genocide and the public incitement of hatred — where it joins other identifiable groups.”

So, refusing to call a biological male by his new female name, or choosing not to refer to him as her, is now in the same category as “advocating genocide and the public incitement of hatred.” This is why we resist.

If you choose to use a particular pronoun or name when interacting with someone, especially at your first meeting, that is certainly your prerogative. But when you are told you must, at that point you must refuse.

I urge you to stand your ground.