If you think the Supreme Court is a threat now, imagine a 7-2 majority against everything you hold dear — for generations. 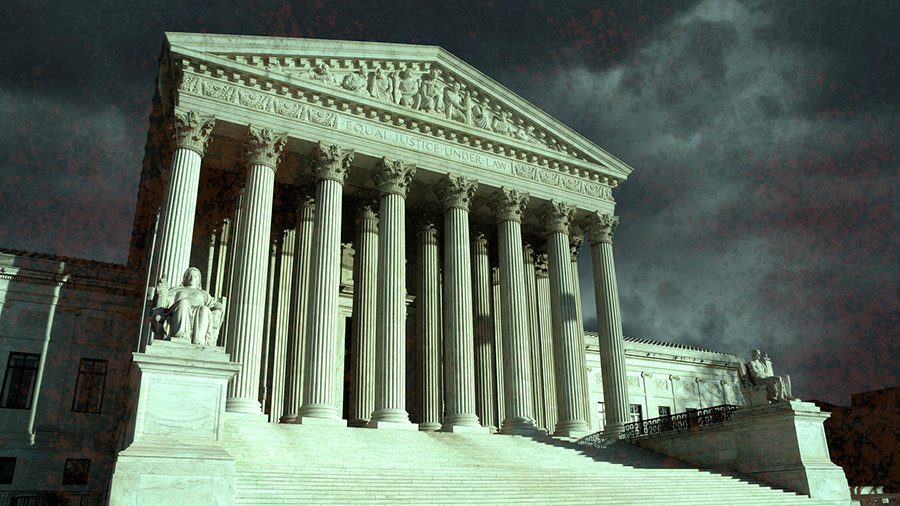 If you think the Supreme Court is a threat now, imagine a 7-2 majority against everything you hold dear — for generations. That is what’s at stake this November.

For decades, we have had a closely divided Supreme Court. The current court can be divided into four “problem-solvers” who take an active role in advancing the liberal political agenda (Ruth Bader Ginsburg, Stephen Breyer, Sonia Sotomayor, and Elena Kagan), three “umpires”  (Clarence Thomas, John Roberts, and Samuel Alito), and one swing vote, Anthony Kennedy, upon whom all eyes are focused during major cases each term.

In fact, Americans have gotten so used to wins and losses being handed out to each political faction in rough parity that it’s difficult to imagine what an unrestrained, revolution-minded court might do.

Fifty years is a long time to cast your memory back to the dramatic liberal activism of the Warren Court, or even the Roe court a decade later, both of which made decisions that involved vast social changes. What vast social changes would such a court make today? Think of all the crazy leftist policies cropping up at colleges and universities, and then imagine them being imposed on the nation by a runaway court.

Or simply consider the politically explosive close cases from the last twenty-five years, each of which would have come down differently had just one seat been filled by a different type of justice.

And then ask yourself whether stare decisis would provide even a small speed bump to a leftist, revolution-minded court with a 7-2 majority, bent on correcting the “mistakes” of the past.

It is impossible to overestimate the importance of the future of the Supreme Court in the presidential election of 2016.

Cathy Ruse, JD, is a Senior Fellow for Legal Studies at the Family Research Council Action.

For the Left, the Kavanaugh Brouhaha is Not About Kavanaugh