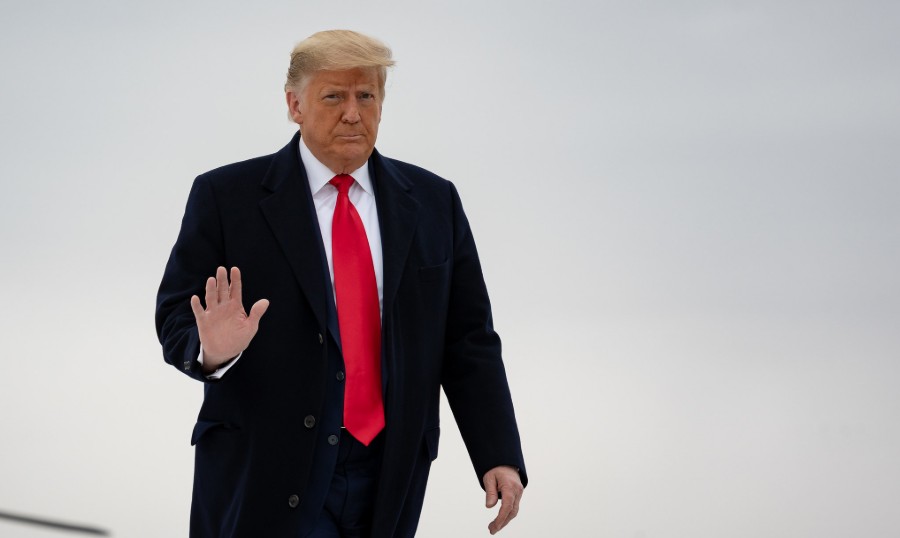 We’ve heard about the “Never Trumpers” for years, referring to conservative Republicans who, in good conscience, could not vote for Trump. Now, it seems, there’s a group of people on the exact opposite side that we could call “Forever Trumpers.” They feel that he alone can lead the nation (or, at least, the Republican Party) in the right direction. They will be loyal to him above all. What should we think of this?

Some Feeling Vindicated Because of the Bad

When it comes to the Never Trumpers, I recall tweeting the #NeverTrump hashtag one time during the 2016 primaries when I was at the height of my anti-Trump sentiments. But I knew immediately it was a mistake, and, speaking for myself alone, it was an immature, momentary reaction. Just because I opposed him in the primaries didn’t mean I couldn’t vote for him in a general election.

On the other hand, I have always respected many of those in the Never Trump camp, understanding the conflict they had with a vote for Trump. My issue was with Christian conservatives who, rather than vote for Trump, voted for Hillary or Biden. That, to me, was indefensible. (Again, this is just my opinion. We each answer to God.)

These Never Trumpers must be feeling quite vindicated today, as some of their warnings and concerns have come to fruition.

Some Feeling Grateful Because of the Good

Yet there were good reasons that many of us voted for Trump, and we need not apologize for our vote. When viewed as a giant wedge in the door to impede the agenda of the radical left, not to mention to help thwart the designs of countries like China and Iran, Trump got our vote hands down.

Not only so, but he steadfastly kept the promises he made to us, despite unrelenting opposition. And as glaring as his faults were, he was lied about and demonized by the media and the left by the hour, and his presidency was resisted from every angle.

The Forever Trumpers are deeply grateful to Trump for the good that he did, believing that, in the long term, it will outweigh the damage he caused. And just as he fought for the rights of the unborn and stood for the freedoms of Christians, the Forever Trumpers want to fight for him, not just today, but in the years ahead. Plus, they reason, the political system is still too corrupt. Only an outside agitator can get the job done.

To the Never Trumpers, I say this: If you genuinely love America and you are people of real character, now is not the time to gloat or say, “I told you so.” You should be grieving that the nation is in so much pain and you should be doing your best to heal the wounds rather than pour salt into them. And if you feel your fellow conservatives erred in supporting Trump, then seek out healthy discussion and dialogue. Condescension is not called for.

To the Forever Trumpers, I say this: You cast your vote for him twice and you are standing with him now that he is being impeached for a second time. You see how the left finally has its moment and is trying pounce and destroy, so this is not the time for you to abandon Trump’s side. All that is understandable.

Now, let’s learn what we can from our association with Donald Trump, for better or for worse, and let’s work towards a better future for our country.

But whether he is impeached or censured or not, he will be out office in one week. It’s time to move on. There’s no need for you to tether your future political hopes to him.

Writing for the staunchly conservative The Federalist, Nathan Blake put things bluntly: “It is time to move on.”

“Donald Trump’s utility for conservatives is expiring along with his presidency. The Senate runoffs are done, the stunts objecting to the electoral results have come to nothing, and it is time for those who supported the soon-to-be former-President Trump for reasons of policy, not personality, to bid him farewell.”

He added, “A prudential deal to support Trump in exchange for results is not an oath to be Forever Trump. Indeed, wanting Trump to remain the face of the Republican franchise, or perhaps to pass the mantle down to his children is an awful idea.”

Build on the Good and Move on From the Bad

He’s absolutely right. Trump has done what he has done, the good with the bad. Conservatives should build on the good and move on from the bad — which also means there’s no need to be a Forever Trumper.

There’s also the practical side, namely, that Trump turns 75 in June, and even with all his vigor and energy, it doesn’t make much sense to look forward to a 78-year-old waging a massive battle for the presidency in 2024. Surely there are other, strong candidates who will be available. (If you deny this, then you’d be one of the people I’d caution about putting too much in a man, especially this man.)

As for Donald Trump, if he could learn to be more measured in his speech and resist his impulse to demonize all opposition, including those within in his own party, he could be an effective voice for the larger conservative cause in many ways. And perhaps, having been banned by Big Tech, he could push back against Big Tech censorship as a businessman, helping build new platforms and cut into these dangerous monopolies.

But whatever his own future holds, once January 20th comes, it is time to move on. We voted in 2016 and 2020. We held to our strong convictions and views. Now, let’s learn what we can from our association with Donald Trump, for better or for worse, and let’s work towards a better future for our country.