Neil Gorsuch Takes a Stand Against the Tyranny of Unaccountable, Rogue Bureaucracy

“The framers believed that a republic — a thing of the people — would be more likely to enact just laws than a regime administered by a ruling class of largely unaccountable ‘ministers.’” 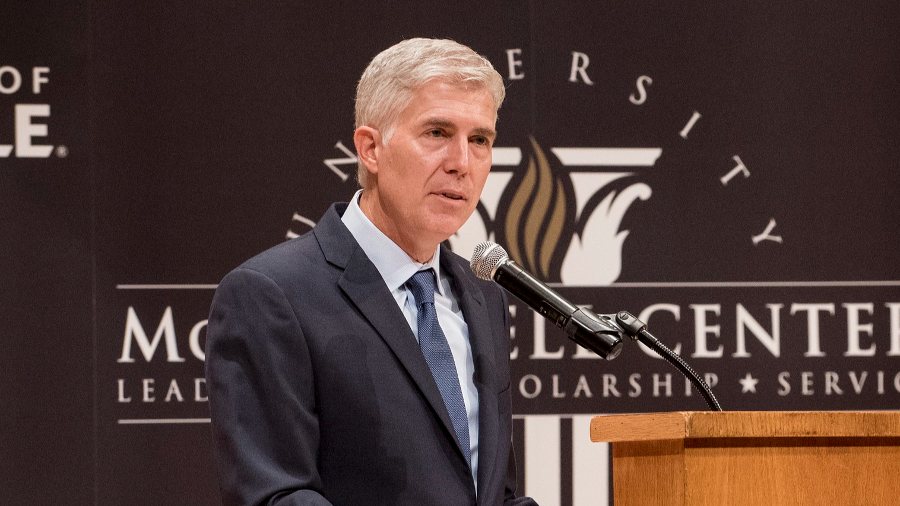 Without a doubt, Neil Gorsuch is the most libertarian Supreme Court justice in recent history. He’s just proved his constitutional, limited government bona fides yet again with a powerful concurrence inveighing against the tyranny of unaccountable, rogue bureaucracy.

The case in question is West Virginia v. EPA, which was decided Thursday in a 6-3 ruling against the Environmental Protection Agency (EPA), along the justices’ typical ideological lines.

At issue was the Obama-era Clean Power Plan, a 2015 regulatory scheme devised by the EPA. The plan sought to reinterpret a decades-old statute to discover new authority for the EPA to forcibly transition the energy sector so that new coal power plants could not be built.

Caught up in legal battles. the Clean Power Plan never actually went into effect. In 2019, the Trump administration sought to repeal the rule and was itself sued. So, it remained a live question: Could the EPA take unilateral action to restructure the energy industry without congressional approval?

The Supreme Court sought to answer this question in its decision. The majority, in an opinion authored by Chief Justice John Roberts, ruled in favor of West Virginia and against the EPA, but it did not go so far as to overturn long-held doctrines enabling wide bureaucratic discretion.

Gorsuch, for his part, wrote a concurrence perfectly explaining why rogue bureaucracy must be further reined in. (Full credit to the Brownstone Institute’s Jeffrey Tucker for first highlighting Gorsuch’s concurrence + quotes).

“Vesting federal legislative power in Congress [rather than bureaucrats],” Gorsuch writes, “is vital because the framers believed that a republic — a thing of the people — would be more likely to enact just laws than a regime administered by a ruling class of largely unaccountable ‘ministers.’”

But what about those, like dissenting Justice Elena Kagan, who say that federal bureaucrats need wide latitude because Congress is failing to, in their view, adequately address climate change?

“Admittedly, lawmaking under our Constitution can be difficult,” Gorsuch acknowledges. “But that is nothing particular to our time nor any accident.”

“The framers believed that the power to make new laws regulating private conduct was a grave one that could, if not properly checked, pose a serious threat to individual liberty….” he said. “As a result, the framers deliberately sought to make lawmaking difficult by insisting that two houses of Congress must agree to any new law and the President must concur or a legislative supermajority must override his veto.”

With an empowered, unelected bureaucracy, “agencies could churn out new laws more or less at whim,” Gorsuch adds. “Intrusions on liberty would not be difficult and rare, but easy and profuse.”

This isn’t hypothetical speculation — it’s exactly what we’ve seen under the status quo.

For a glaring example, just consider the Centers for Disease Control’s pandemic-era “eviction moratorium.” The federal agency unilaterally declared that evictions nationwide were prohibited in many circumstances by citing an old statute that gave the CDC director the ability to order in specific places “such measures to prevent such spread of the diseases as he/she deems reasonably necessary, including inspection, fumigation, disinfection, sanitation, pest extermination, and destruction of animals or articles believed to be sources of infection.”

They went from that to a nationwide “eviction moratorium.” Stretch, much?

That’s right: Unelected government officials effectively commandeered the nation’s rental market, which caused tremendous dysfunction, trampled over property rights, and sabotaged the supply of rental housing. (For which prices are now surging. Shocker!) And, it was years before the courts finally stopped the CDC and struck down the “moratorium.”

Why Reining in Bureaucracy is So Important

The stakes of this issue are high.

Most Americans might not realize it, but the federal government is actually the biggest employer in the U.S. Yup: more people work for the feds than any private company. The scope of the administrative state is genuinely hard to grasp.

Tucker describes the administrative state as “the effective governing apparatus of the U.S.,” and a “vast and permanent bureaucracy of 432 agencies and 2.9M bureaucrats who are unreachable by any standard of personnel management.”

It's a beginning but a very strong one. Check out this Supreme Court justice actually quoting The Federalist Papers. Wow. https://t.co/dRoFnh6fuC

The federal government’s vast bureaucracy continues to grow and exercise more power over our daily lives. But the average American has no say in what they do, no recourse if their decisions harm us. At least with Congress or the president, as deeply flawed as they may be, they’re ultimately accountable to voters every 2, 4, or 6 years.

If we want to preserve our freedoms and protect our prosperity over the long run, we need to follow Neil Gorsuch’s lead and rein in the administrative state — before it’s too late.