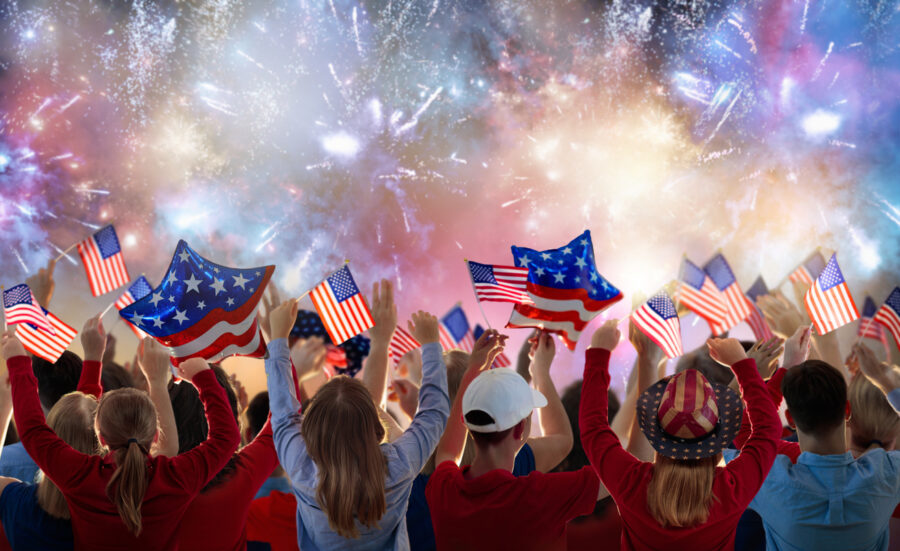 And a hearty happy birthday weekend to the Red, White and Brew!

Joe Biden, while overseas, trashed the Supreme Court. In fact, he blamed the U.S. Supreme Court for destabilizing the entire globe! At his presser Thursday, Biden declared, “the one thing that has been destabilizing [the world] is the outrageous behavior of the Supreme Court of the United States in overruling not only Roe v. Wade, but essentially challenging the right to privacy.” This from a backer of vaccine mandates.

It used to be sacrosanct that a president did not critique the Supreme Court. And here is this guy slandering the Supreme Court in front of the whole wide world. Rejecting the legitimacy of the third co-equal branch of government. On the eve of Independence Day Weekend.

Biden: "[T]he one thing that has been destabilizing [the world] is the outrageous behavior of the Supreme Court of the United States in overruling not only Roe v. Wade, but essentially challenging the right to privacy." pic.twitter.com/h0No8Gab1h

Attacking a core American institution like the Supreme Court from the world stage is below the dignity of the President. Beyond that, President Biden’s attacks on the Court are unmerited and dangerous.

When you’re happy with being led around by the Easter Bunny, and you’re doing faceplants off your bike while standing still, dignity is obviously not one of your concerns.

By the way, did anyone tell Justice Ketanji Brown Jackson yesterday at her swearing-in that she’s joined the group destabilizing the world?

Biden declared Thursday he will “do everything in my power” to counter the overturning of Roe. And that includes fighting for an “exception to the filibuster” in order to codify a right to an abortion in federal law. (The same Biden who once said the filibuster was “one of the pillars of American democracy” and eliminating it was a “fundamental power grab by the majority power.”)

Tearing down the pillars of American democracy is becoming old hat for Joe.

Update: Aides to Democratic Senators Kristen Sinema and Joe Manchin told Reuters the two senators have not changed their position, and remain opposed to ending the filibuster. If they hold to their guns, Biden’s plan is DOA.

So No ‘Remain in Mexico Policy.’ But Yes to ‘Roast ‘Em to Death as They’re Trafficked Across the Open Border With Mexico Policy’

Meanwhile, the SCOTUS in a 5-4 ruling is allowing Joe Biden to trash Trump’s “Remain in Mexico” policy, further eroding our border. On the same day, Biden announced he’s sending another $800 million to protect the border … of Ukraine. He’s all in on a “Remain in Russia” policy.

I have a question: How is it the cartels can smuggle drugs and people from all over the world into America with ease, yet Biden can’t get baby formula to American mothers? Is it truly possible we’d be better off with some coyote as Secretary of Transportation rather than Pete Buttigieg?

SCOTUS did put the brakes on the EPA’s efforts to wreck the coal industry. From the Daily Caller News Foundation:

The Court, in a 6-3 decision, limited the Environmental Protection Agency’s (EPA) authority to regulate greenhouse gases from power plants, significantly curtailing the power of the federal agency. The decision restricts the agency to regulating individual power plants and not the entire power sector.

This is seen as a major blow to Biden’s Green Energy agenda. Critics say the decision will slow the U.S.’s ability to reduce greenhouse gases (which was happening before Biden came in) and mitigate the effects of climate change.

Disgrace. PBS Hires America-Slapping BLM Singer to Host A Capitol Fourth. And Woke Army is Fine With It

The singer is Mickey Guyton, famed for her Grammy-nominated ode to BLM called “Black Like Me.” It includes the line “If you think we live in the land of the free, you should try to be black like me.”

That is who PBS thinks should host its Independence Day celebration.

Civil Rights activist Bob Woodson told The Federalist that having Guyton host the traditionally patriotic event is a “slap in the face” and an “insult to all black Americans, particularly those who have sacrificed their lives.”

He finds it particularly appalling that the U.S. Army, an event sponsor, is going along with it, because:

What Black Lives Matter has said is that America is fundamentally flawed — it is racist at its core, it’s almost a criminal organization. Well, why would you expect young men and young women to volunteer to sacrifice their lives for a country that its own military says is racist and therefore culpable in perpetuating injustice? It’s a contradiction.

40,000 National Guardsmen Face Getting Fired for Refusing to Take the Experimental Jab

An estimated 40,000 members of the Army National Guard have not been vaccinated, with at least 14,000 steadfastly refusing. 7,000 have requested religious exemptions. They had until yesterday to comply with the military’s COVID vaccine mandate or risk getting fired. 40,000 represents about 15% of the force.

Sen. Marsha Blackburn has introduced legislation to fight the ridiculous and dangerous firings.

“Firing 40,000 Guardsmen for refusing the COVID vaccine would be both a complete disgrace and a threat to our national security. I am honored to stand beside our National Guardsmen and women by introducing this legislation to protect them from President Biden’s forever pandemic.”

Oh, man. Are you in the mood to share something on your social media? Have your heart filled? Then you have to head over to The Stream’s Facebook page. We have posted a wonderful photo essay from our own Austin Roscoe called “Hope for Tomorrow.” If you don’t laugh, get sniffy and go “awwwww” … I’ll eat my hat. Please share!!

We’ll be posting a web version later this afternoon.

Have a wonderful and safe Independence Day weekend! And thank God for that miracle 246 years ago, when a new nation was born, conceived in liberty, and on the foundational truth that we are all created in God’s image with unalienable rights; that these rights do not come from man, but from the Creator.

Said Patrick Henry, “It is when a people forget God, that tyrants forge their chains.”