Moana is a Classic Disney Film, with a Surprising Pro-Life Message 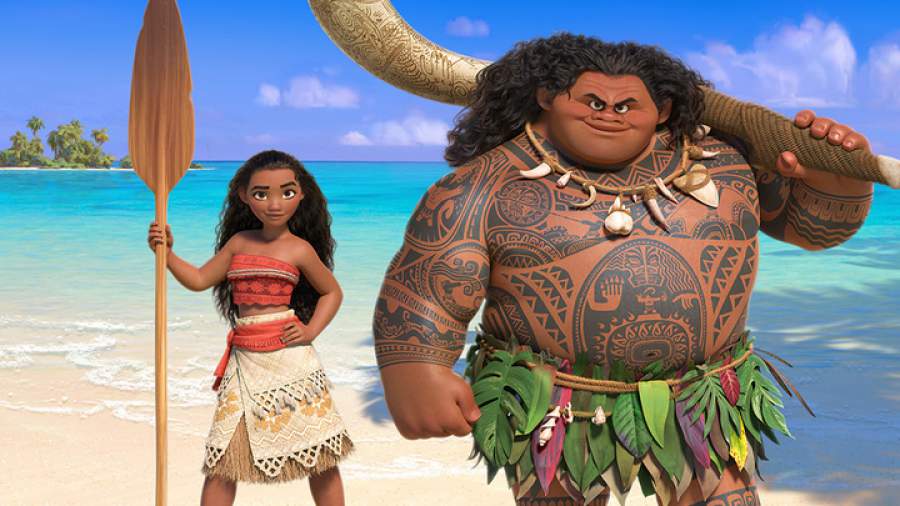 If you’re seeking a Christmas weekend movie that every member of your family will enjoy, look no further than Moana. It’s exciting, funny, and moving, with great songs and memorable characters — all the elements you’d expect from Disney films of past decades.

One of its stars, Nicole Scherzinger, brings a special bonus: On top of her fine acting and beautiful singing, Scherzinger is an outspokenly pro-life actor. That’s rare enough in Hollywood, but Scherzinger takes real career risks for her convictions: On the eve of Moana’s release, she spoke out passionately on the subject of abortion. She told the Daily Mail (U.K.) that she herself was the product of a crisis pregnancy, conceived when her mom was only 18. To women in situations like her mother’s, she said: “I just want to … encourage everybody to keep your babies.” Let us encourage you to go see Moana, which deserves to succeed — and drop Disney a line about your support for Nicole Scherzinger, who is doubtless catching heat for her outspoken stand.

The Polynesian Garden of Eden

The film itself is a beautiful retelling of a classic Polynesian folktale that explores the origin of evil — and traces it, poignantly, to parents’ rejecting the life of their child.

In this myth, the world of islands and ocean that Polynesians knew — and explored in heroic journeys across thousands of miles of uncharted seas — was once a tranquil, Edenic place full of harmony and abundance, the gift of a nature goddess called Te Fiti. It was from her heart, a gleaming pounamu stone, that she drew the power to give life and raise new islands in the ocean where people might live.

But a demi-god named Maui craved this power, and to gain it he stole her heart. So far it sounds a lot like the story of the Serpent tempting Adam and Eve in the Garden. But Maui isn’t Satan. He isn’t evil and envious, but lonely and insecure — because, we find out in the course of the story, his own human parents rejected him at birth, and threw him in the ocean to drown. Saved by the gods (“Though my parents threw me away, the gods thought I was worthy of protection,” he says), he spends his life doing good deeds for men — sometimes misguided ones.

It turns out that Maui had planned to share Te Fiti’s power with mortal men, to gain the love he desperately craves, which his parents denied him. What happens instead is ugly: Having robbed nature of a gift that is rightly divine, Maui finds that he brought down a wave of destruction, want and pestilence. Te Fiti no longer gives life, and the islands are dying one by one. So Maui is less like the Serpent in Genesis than like Adam: foolish, rebellious and finally penitent.

The story begins when the young Moana learns that her beloved island is next. The wave of death that Maui set loose in the world washes up on its shores. The coconut trees start to wither, and the sea is emptied of fish. Moana learns, through a series of entertaining plot twists, that she must sail alone to hunt down Maui, and force him to return the godlike gift that man was never meant to have.

A Teaching Moment for Kids on the Sanctity of Life

While we don’t want to shoehorn this traditional Polynesian tale into a modern or Western frame, there is enormous resonance here for us in our times. If we think of the gift God gave us of taking part in the creation of new human beings, we can see how man’s attempt to impose his own control over this solemn, sacred process has distorted and poisoned our culture. Birth rates have plummeted all around the world, and philosophers actually question whether it is moral or not to have children. Radical environmentalists look at the precious feet of newborns and think of their “carbon footprints.” What they miss, of course, is that the only real reason people care about the environment is to leave a decent world for their offspring. Take that away, and people live only for the moment.

See it with your kids, and use the story as a pro-life teaching moment.

Couples who have missed the chance to have families when they are young turn to artificial techniques like IVF — which leave behind thousands of tiny, frozen babies in labs all around the world, which scientists want to harvest for spare parts and experiments. Add to that the global tragedy of abortion, and you’ll see that this Polynesian story isn’t exotic or quaint. It is potently relevant to Americans today, and Christians who care about the sanctity of life. See it with your kids, and use the story as a teaching moment to let them know about how too many modern people are grasping at godlike power — at the price of precious innocents whose lives God really has entrusted to our power and our protection.

How IVF is Changing Our View of Human Beings

Boosting Films that Foster a Culture of Life