What MLK Teaches Us About Human Nature, Morality, the Law, and Loving Our Enemies

Martin Luther King, Jr. gave us more than just theory and philosophy. His life was a demonstration of the realities of human nature, morality, and the keys to reconciliation. 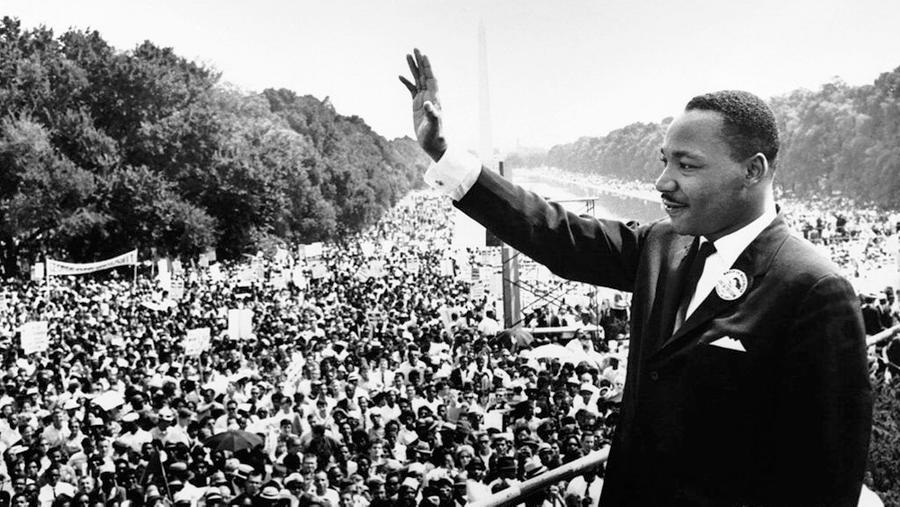 As we commemorate the legacy of Martin Luther King, Jr. in the year that will also mark the 50th anniversary of his assassination, I thought it would be appropriate to visit some of the truths his life can teach us about ourselves and that which makes up a just society. Unlike most of us, King presented much more than persuasive arguments. He put his beliefs into action concerning the depravity of humanity, the existence of a transcendent moral law, and the necessary steps to heal a broken world.

A View of Human Nature That is Both Optimistic and Realistic

There have been many views of human nature in the history of thought. The prominent political philosopher Thomas Hobbes, for example, thought human nature was dominated with desires and passions that would lead (without an all-powerful state) to a constant war in which life is “solitary, poor, nasty, brutish, and short.” King’s understanding of the human condition was more balanced.

In his address to the Fellowship of the Concerned in November of 1961 he argued:

Plato centuries ago said that the human personality is like a charioteer with two headstrong horses, each wanting to go in different directions, so that within our own individual lives we see this conflict and certainly when we come to the collective life of man, we see a strange badness. But in spite of this there is something in human nature that can respond to goodness.

King thought men have the capacity to turn from their evil ways. We too, should look to adopt this cautious optimism. If we are too cynical, we will not have much incentive to push for real positive change. I suspect we recognize capacities for both good and evil in our own hearts. I also suspect we have hope for ourselves. We don’t want to give up on ourselves. So too, we should not give up on others.

King’s recognition of our capacity for both good and evil requires good and evil to exist in the first place. King brought this reality to light in pointing out unjust laws. We are all able to recognize unjust laws when we see them, and Martin Luther King, Jr., helped us identify more than any other, what an unjust law entails in his Letter from Birmingham Jail:

King was arrested for protesting the unfair treatment of blacks in Birmingham, Alabama when he wrote this letter. His life was itself a demonstration of the execution of unjust laws. He was jailed nearly 30 times in the course of his lifetime, most of which for reasons we would undoubtedly recognize as unjust. Yet we learn there is no basis to call any man-made law unjust unless we appeal to a higher moral law that sits in judgment of it.

To say God is the source of the moral law, as King claimed, is not to say you have to believe in God to recognize the existence of the moral law. This is like claiming you must believe God is the creator of the universe in order to recognize the universe exists. No. We can acknowledge the existence of both objective realities while at the same time debating the source or grounding of these objective realities.

I believe God is the best explanation for the existence of both the universe and an objective moral realm, but that is another debate. King, at the very least, helps us see the necessity of this higher moral law. Armed with the knowledge that man is not the arbiter of the good, we can have the courage to peacefully resist unjust laws with confidence.

Redeem Your Opponents Rather Than Destroy Them

It was also out of this cautious yet optimistic view of human nature that King sought to win over the hearts and consciences of those who opposed him. Rather than “defeat” his enemies, King sought to redeem them. He argued:

We, like Martin Luther King, should seek to give our opponents opportunities for redemption, not destruction. King encourages us to love others with agape love. “Agape is understanding, creative, redemptive, good will to all men. It is an overflowing love which seeks nothing in return.” If we can love those who oppose us with the agape love King exhibited, we would have the tool necessary to develop the society of healing and fellowship King hoped for.

God’s Will Was King’s Dominant Aim

What was the source of King’s uncanny ability to love others in this sacrificial way? King himself claims the God of the Bible as the source. Speaking of the nature of agape love, King continues,

Theologians would say that it is the love of God operating in the human heart. So that when one rises to love on this level, he loves men not because he likes them, not because their ways appeal to him, but he loves every man because God loves him.

It was this preoccupation for God’s will that drove King to love his enemies until his last day. The night before he would be assassinated, Martin Luther King, Jr. delivered his final speech. Though those close to him noted he had spoken these words on other occasions, you cannot help but think them prophetic:

Well, I don’t know what will happen now. We’ve got some difficult days ahead. But it really doesn’t matter with me now, because I’ve been to the mountaintop. And I don’t mind. Like anybody, I would like to live a long life. Longevity has its place. But I’m not concerned about that now. I just want to do God’s will. And He’s allowed me to go up to the mountain. And I’ve looked over. And I’ve seen the Promised Land. I may not get there with you. But I want you to know tonight, that we, as a people will get to the Promised Land. So I’m happy, tonight. I’m not worried about anything. I’m not fearing any man. Mine eyes have seen the glory of the coming of the Lord.

Perhaps if we make God’s will the aim for our lives, we will be able to effect change we didn’t think possible; in others as well as ourselves.