Misrepresent and Demonize: The Weapon of ‘Progressive’ Christians 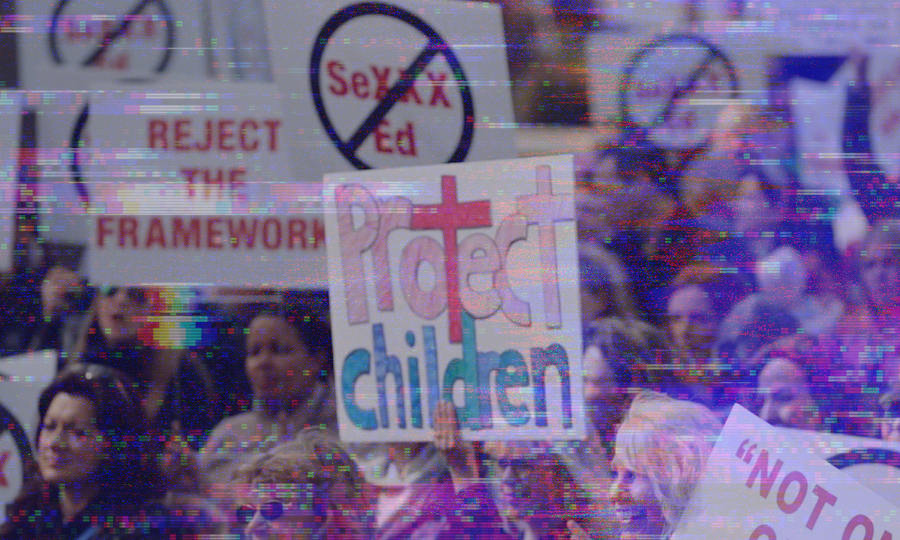 Last week, I encouraged Christian parents in California who had children in public schools to defy the law and pull their kids from the state’s extreme sex-ed curriculum. How did the Friendly Atheist’s resident Episcopalian blogger respond?

According to Sarahbeth Caplin, I want these parents to teach “their kids that transgender people don’t exist.” (Yes, she actually wrote this.) In sum, “This is just faith-based, hate-fueled fear-mongering. It’s the only subject in which Michael Brown is an expert.”

What a sad commentary on the nature of liberal illogic. And what a misrepresentation of the facts.

If you missed my initial article, you might want to take a minute to read it now, checking the links as well. After that, please do read Caplin’s article. Then, do what I did after reading her article, namely, scratch your head and wonder, “What is she thinking?”

Where is the Christian compassion?

My article says absolutely nothing about the existence or non-existence of people who identify as transgender. Instead, it protests the idea that kindergarten children should be told that perhaps they’re actually boys in girls’ bodies (or the reverse, or some other option).

That is unwarranted, unscientific, and unwise, and the school has no business introducing such subjects to impressionable little children who don’t even understand the differences between the sexes. Yet for arguing that our kids should be protected, I’m a hater. (You are too, if you agree with me.)

And what does Caplin say about the links I provided detailing the terrible harm that is coming to children who wrongly believe they are transgender? Not a syllable. Nothing. Nada. Where is the Christian compassion? Where is the concern? Really, it feels as if the hatred for a Christian conservative position is so intense that it blinds those who oppose our views.

Harming Kids is Not the Best Way to End Bullying

Caplin, for her, is concerned about LGBT kids being bullied in schools, and I share her concern. But bullying is hardly limited to LGBT-identified kids. In fact, Christian kids are often bullied in today’s anti-faith environment.

But regardless of who is being bullied, the solution is not to introduce a radical sex-ed curriculum. Instead, it is to teach that all bullying is bad. That every child should be treated with kindness and respect. Period. What’s so hard about that?

Please don’t tell me these sex-ed classes aren’t advocating anything. That is intellectually irresponsible, to say the least.

Already in 1995, Patricia Nell Warren could say (in the gay activist Advocate), “Whoever captures the kids owns the future,” and educators have fully understood the principle.

That same year, Dan Woog wrote a book titled School’s Out: the Impact of Gay and Lesbian Issues on America’s Schools (Boston: Alyson Publications, 1995). Woog asked, “A decade ago, who would have thought that an entire book could be written on the subject of homosexuality and education – written, in fact, using real names, real schools, and real incidents, many of them not only positive but spectacularly so?”

Yes, already in 1995, there was massive progress in the LGBT educational agenda.

Without question (and really, without apology), LGBT educators and their allies have had a clearly defined agenda for decades, with many specific goals and objectives. Of course they are advocating something.

More than 10 years ago, I purchased GLSEN’s “Lunchbox,” containing material for teachers to implement in their classrooms. One of the lessons was titled “Getting in Touch with Your Inner Trannie,” again, for little children in elementary school. Please don’t tell me these sex-ed classes aren’t advocating anything. That is intellectually irresponsible, to say the least. It almost borders on dishonesty.

For decades now, Christian parents have been pulling their kids out of public schools and putting them in Christian schools of home-schooling them. But not everyone is able to do this (or desires to do this). That’s why I joined my voice with the voice of millions of concerned Christian parents across the nation, especially in California.

If the state wants to force trash like this on their children, then the righteous, moral, and responsible thing to do is pull their kids out of those classes. The only thing hateful is the response of “progressives” like Caplin.

That being said, Sarahbeth, if you read this, let’s talk. Join me on the air one day, and we can discuss the differences plainly but without vitriol. I’m willing if you are.