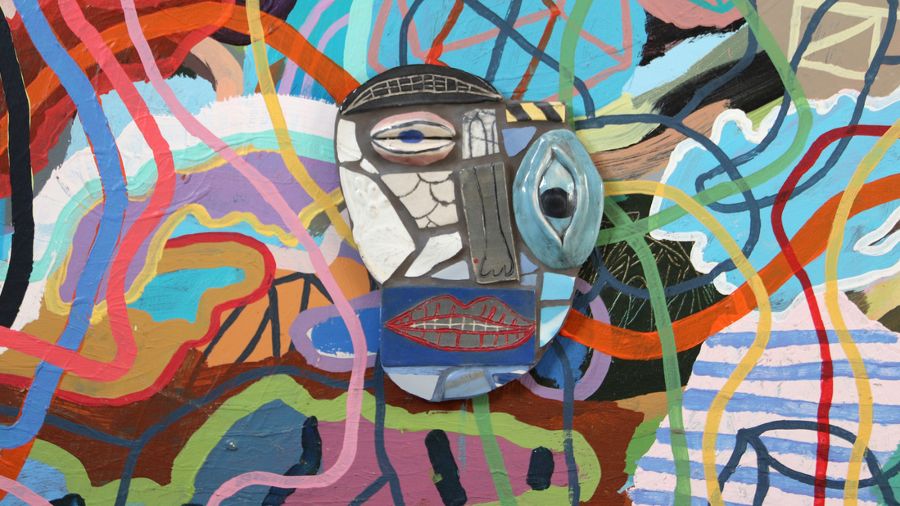 A recent visit to a museum of modern art got me thinking about how much of it is meaningless.

Ecclesiastes begins with these famous words: “Vanity of vanities … All is vanity.” All is meaningless.

As a book in the Bible, Ecclesiastes is a terrific precursor to the Gospel of Christ. It shows us how life apart from God has no ultimate purpose. Ecclesiastes shows our great need for Jesus, who by His broken body and shed blood has purchased peace with God and everlasting life, which He has made available to all who believe.

But, alas, much of modern art today reflects a nihilistic worldview. Much of art today is just “vanity of vanities.”

Different strokes for different folks, I guess. Some modern art is interesting, but how is a painting with an eye over here and a leg over there and a grotesque uglifying of the human form “art”?

Every time I see eyesores that pass for modern art — for instance, the weird sculptures prominently displayed at some airports — I think, “That artist must be laughing all the way to the bank.” My wife adds, “Why should they call it art when a three-year-old could create it?”

Dr. Jeff Myers, president of Summit Ministries, which teaches a Christian worldview to youth, has written an upcoming book, Truth Changes Everything. For this article, he gave me a sneak peek of the art chapter and permission to quote him.

I appreciate many works of modern art, but often I’m left wondering what it was about that previous age that give us Michelangelo’s David, while our age’s ‘famous’ works include Marcel Duchamp’s 1917 display of a urinal, entitled ‘Fountain,’ symbolizing that everything is waste to be flushed away. It is impossible not to notice the difference. Today’s attention-getting art exhibits often feature blank canvases or galleries scattered with random objects. According to postmodern author Glenn Ward, this is not a lack of skill, but an intentional effort to ‘disrupt bourgeois fantasies about art.’

Because our elite class has rejected God, they are left with a purposeless, absurd universe — and their art and writings reek of despair. Such a worldview isn’t creative — it’s anti-creative.

The Chief End of Man

By contrast, our country was created on a couple of key ideas, fashioned by concepts found in the Bible:

The New England Primer sold 120 million copies and was used as a textbook for several decades. This little book taught many of our founding fathers how to read and even taught them theology. It included The Westminster Shorter Catechism, which is used to this day in many Presbyterian and Reformed churches.

The opening of that catechism famously says: “Q. What is the chief end of man? A. Man’s chief end is to glorify God and enjoy him forever.”

Life with God has meaning. Life without God is meaningless.

One time I interviewed a former agnostic psychology professor and author, Dr. Paul Ackerman, who used to believe life was meaningless. He said,

If I just came from hydrogen and I’ve just evolved up from grunting apes, I am in principle a very complex chemical reaction. We are the result of simply random processes. Then it’s very hard to logically find any meaning in the concept of mind. I used to teach my students that mind — well, ‘you don’t have a mind.’

I was a student, went off to college, and evolutionism/humanism stole or robbed me of my existence; and I lived for a period of let’s say four years or five years not existing. And non-existing is hell. It was a very painful, horrible thing. I was meaningless.

Later Ackerman had a crisis. He lost a son in a car accident, and his philosophy of meaninglessness could not cope with the loss. For the first time in his adult life, he prayed. And God answered those prayers, and ultimately Paul became a Christian and regained meaning to life. He told me, “You throw God out, and you lose the meaning of man.”

Life without the Lord is described well by Shakespeare in Macbeth:

Life’s but a walking shadow

That struts and frets

His hour upon the stage

And then is heard no more.

It is a tale told by an idiot, full of sound and fury, signifying nothing.

But ultimately, life does have meaning. As Jesus once put it, “I have come that they may have life and have it to the full.” Sadly, many of our cultural institutions have rejected that truth. And so they churn out ugly art that is “vanity of vanities.”

An Easy Way to Interest Your Kids in God & Virtue