An Easy Way to Interest Your Kids in God & Virtue 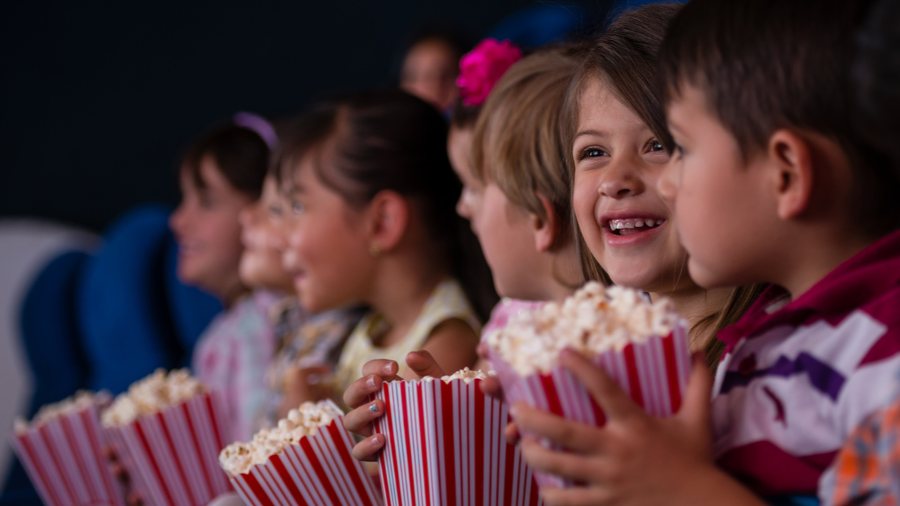 Moms, what’s the best Mother’s Day gift your kids could give you? Dads, what would be yours on Father’s Day or any day of the year? How about if your kids actually listened and obeyed? Unfortunately, when you bring up important topics such as God or virtue, kids are often thinking, “Uh oh, here comes another lecture — I’m not listening!”

But imagine if there were a fun way to raise your kids’ interest in God while imparting some of the most important virtues every parent wants their children to learn. There is. Through movies. What kid doesn’t like movies?

The best thing about all of this is that having movie night is usually a lot more fun and productive than seeing Mom and Dad get all “preachy.”

Pollster George Barna found that young people get their theology more from movies than the pulpit. So why not use the power of Hollywood to give them good theology where you can? Yes, I know. Hollywood often glorifies much that is immoral. But Hollywood’s most successful movies often tell inspiring stories of sacrifice that borrow from the greatest story ever told. These movies also provide biblical life lessons, even movies not made by believers.

Here are a few kid-friendly examples.

The Courage of Captain America

If you want your kids to have the courage to stand for the truth even when the world is against them, watch any movie with Captain America. Steve Rogers (a.k.a. Captain America) is the poster child for what we look for in a hero. He’s the leader of the Avengers despite clearly being outclassed in power by most of the other heroes on the team. His most important trait is that he is morally incorruptible — a trait he had even when he just a scrawny kid who was too small to enlist in the Army in World War II. Once his mind is made up about what the right thing to do is, nothing will stop him. The guy is even willing to fight the evil supervillain Thanos and his entire army in Avengers: Endgame BY HIMSELF.

If you have kids who tend to impulsively follow their hearts, look at the moral progression of Iron Man. He starts off as a selfish playboy but is transformed into a hero who eventually sacrifices himself to save the world. Tony’s transformation requires him to stop impulsively following his heart, as the culture promotes, and to start guarding his heart as the Bible commands (Pr. 4:23). This is beautifully illustrated by the device implanted in Tony’s chest that is literally guarding his heart from encroaching shrapnel. When Tony guards his heart from distractions and his own selfish desires, he can focus on what’s really important — the responsibilities he has to others.

Weakness and Strength — The Lord of the Rings

If your child isn’t the most popular or strongest kid in school, watch The Lord of the Rings. The heroes of Tolkien’s fantasy masterpiece are those who are weakest physically but the strongest morally. Sam and Frodo are three-foot hobbits who are dwarfed by everyone else. But weakness turns out to be a strength for them because it gives them the humility to ask for help. Tolkien is highlighting the biblical truth that when you are weak you are strong because when you are weak you rely on God for help (2 Cor. 12:10). Of course, Tolkien intended for The Lord of the Rings series to present a Christian worldview — including the fact that there is a God who often works behind the scenes — so watching the series will be rich theologically and morally in many other ways as well.

If you want your kids to become enamored with the truth that they need a Savior, take a fresh look at Harry Potter. While some Christians were wary of the story’s fantasy wizardry — wizardry they didn’t seem to mind in The Lord of the Rings or The Chronicles of Narnia — they should not miss the larger plot that Harry’s life mirrors the life of Jesus in four explicit ways.

First, Harry is prophesied to be the savior before he is born. Second, Harry must go on to live a moral life to be that savior (there are many great moral lessons throughout the entire series). Third, Harry sacrifices himself to mortally wound the Satan figure Voldemort. Finally, Harry rises from the dead so his followers will put their faith in him, finally defeat Voldemort, and save the world from evil! The parallels are so striking that author J.K. Rowling said that she didn’t want to reveal the biblical backbone of her story because she didn’t want readers to know where the plot was going.

But you should reveal the source of the plot. You can show your kids that there is one far better than Harry Potter who came to earth to sacrifice Himself to save them. Kids, if you like Harry Potter, you’ll love Jesus.

It’s not just the movie franchises of Captain America, Iron Man, The Lord of the Rings, and Harry Potter that can help parents reinforce Christian truths and virtues. So can Star Wars, Superman, Batman, Spiderman, and Wonder Woman as we show in our new book Hollywood Heroes: How Your Favorite Movies Reveal God.

Your kids are probably watching those movies anyway (if not they are hearing about them from their friends). So why not use the aspects of these films that convey truth and virtue to reinforce those things in your kids? (The book shows how.) The best thing about all of this is that having movie night is usually a lot more fun and productive than seeing Mom and Dad get all “preachy.”

Dr. Frank Turek is the President of CrossExamined.org and co-author of the new book, Hollywood Heroes: How Your Favorite Movies Reveal God.