Maxine Waters’ Disrespect For The Rule of Law 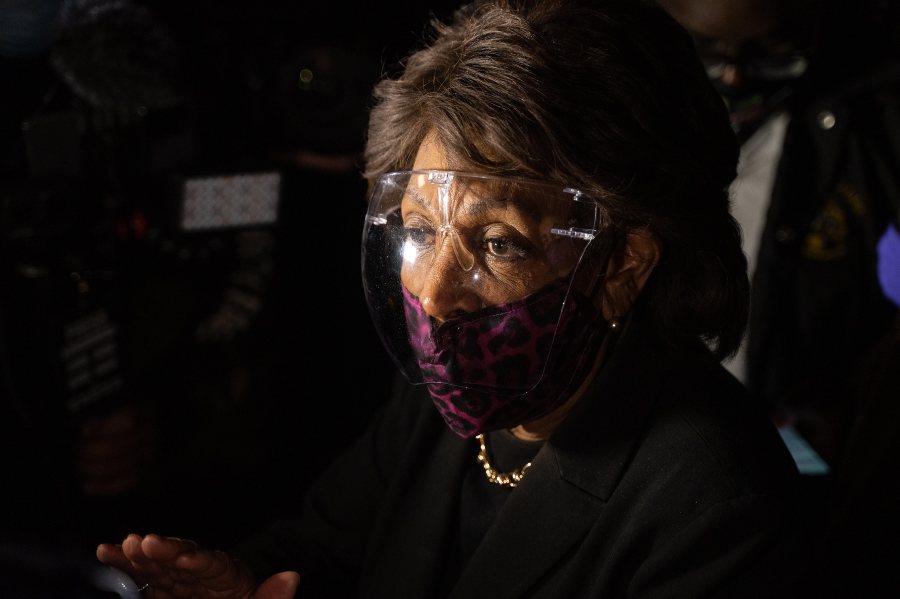 Once again, Rep. Maxine Waters has opened up a barrel of worms by opening her mouth. Her exhortations to the radical mobs to get “confrontational” if former Minneapolis cop Derek Chauvin isn’t convicted of murder are reverberating far and wide, and even have some of her fellow Democrats steaming mad. Here are some of the tangled webs her words have weaved.

The judge in the Chauvin case rejected the defense’s request for a mistrial because Waters’ words amounted to an attempt to threaten and intimidate the jury. He said that “a congresswoman’s opinion really doesn’t matter a whole lot.” (Waters used that to flippantly dismiss criticism of her, saying, “The judge said my words don’t matter.” And they don’t, to thinking people. But that’s not who listens to her.)

Judge in Chauvin Trial Calls Out Waters’ Rhetoric as “Abhorrent”

However, the judge also called Waters’ disrespect for the rule of law and her oath to defend the Constitution “abhorrent,” and admitted that if the jury does convict Chauvin, “Congresswoman Waters may have given you something on appeal that may result in this whole trial being overturned.” Wonder how her rabid “find him guilty no matter what” followers would feel knowing that she had given him one of his best shots at getting any conviction thrown out?

Meanwhile, House Speaker Nancy Pelosi, no doubt terrified of alienating her far-left wing or being called a racist, is defending Waters and saying she shouldn’t be expelled, censured or even have to apologize (reminder: this is the same Nancy Pelosi who impeached President Trump on a false charge that he incited a riot at the Capitol that she also falsely claimed caused the violent death of Officer Brian Sicknick, whom we now know died of natural causes.) Apparently, she only opposes riots that get too close to her.

The best thing to do with your anger over Maxine Waters is to channel it into working extra hard to elect a Republican majority in the House in 2022.

But Pelosi might be unable to protect Waters from paying at least some price for her certified abhorrent rhetoric. House Minority Leader Kevin McCarthy announced plans to introduce a resolution to censure Waters. Pelosi can’t just ignore that because censure resolutions must be taken up immediately or voted on within two business days. The Democrats could vote to table it or refer it to the House Ethics Committee, where unwelcome attempts to hold members accountable go to die.

To Censure or Not to Censure?

However, the Democrats have a razor-thin majority, and there are some moderate Democrats from swing districts who are furious at Waters. They’re scared that her dangerous rhetoric will make voters draw an association between violent rioters and the Democratic Party. (No! Why would anyone associate violent leftist rioters who are plaguing Democrat-run cities with the Democrats who run those cities and who refuse to let the police stop them; who arrest citizens for trying to defend themselves from them; or who jail them but immediately let them back out to do it again? ‘Tis a puzzlement!)

Anyway, those Democrats might just relish the idea of being able to vote to censure to put some distance between themselves and Waters.

A Few Things to Remember

However, even if she is censured, here are a few things to remember:

1. She won’t care. She’ll say that being censured is a badge of honor because the Man is trying to keep her from speaking truth to power; not that she was censured for being a dangerous, irresponsible public safety hazard who makes a mockery of her oath of office. It also won’t stop her from being reelected.

2. Even if some Democrats vote to censure her to save their own seats, they will promptly turn around and vote to put Pelosi or someone just as bad right back in the Speaker’s office and will vote lockstep with the Party’s radical agenda in every other instance.

3. Considering #1 and #2, the best thing to do with your anger over Maxine Waters is to channel it into working extra hard to elect a Republican majority in the House in 2022, so that the next time Maxine Waters spits on her oath of office with some dangerous, unhinged rant (and I’m certain there will be a next time), she will face actual consequences.