Matt Damon and What Makes a Good Death 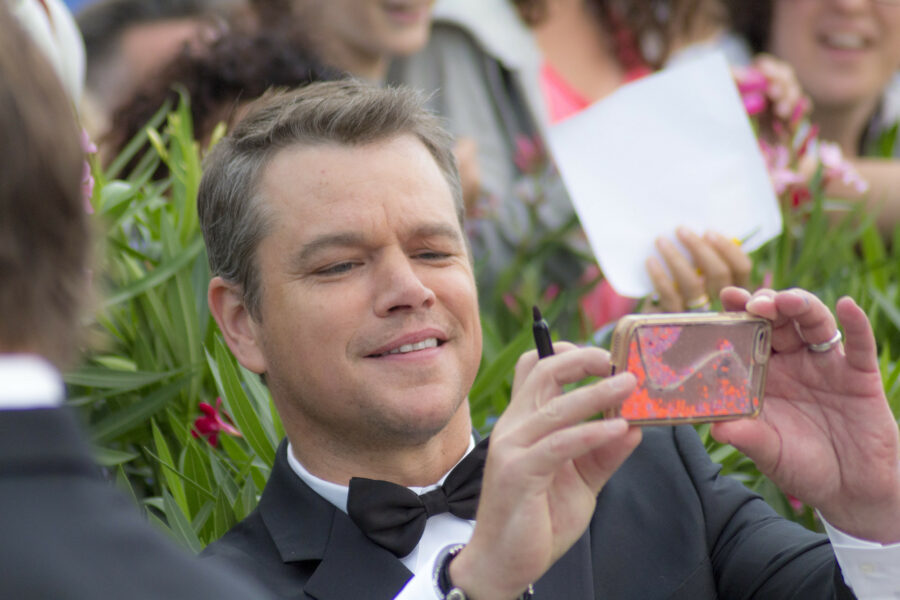 On September 29, 2018, I was sitting in a motel room watching Matt Damon yell my name on Saturday Night Live.

I was also thinking that I might be killed by a left-wing lunatic or a crazed mob. I had gotten a phone call threatening me with violence just a few days earlier.

Just ten days or so before, the Washington Post and Christine Blasey Ford tried to ruin my life. In the Post, Ford claimed that Brett Kavanaugh — nominated for the Supreme Court and about to be voted out of committee — had sexually assaulted her in high school at Georgetown Prep in 1982. Ford claimed that I was in the room where the assault allegedly took place.

The whole thing was a set up. The plan was to tie me, a former heavy drinker with a love of rock and roll and free speech (and also art and poetry and jazz), to Brett. It was an opposition research scheme that eventually collapsed.

For a short time I was part of one of the biggest stories in the world. That included Damon playing Brett on SNL. At one point Damon, as Kavanaugh, names me: “Mark Judge, who can’t remember huge chunks of his life but is somehow my key witness.”

I do in fact remember huge chunks of my life — just not the parts that are based on bogus, made-up stories. The plot failed, and I have since been writing a series about it for The Stream. (There is also a GoFundMe for interested supporters who wish to help me write my book about it.)

At the height of the insanity, I knew that I might end up getting killed. The maelstrom created by a mob mentality can easily end in bloodshed. Meanwhile, to ideologues, one human life is of little significance. What matters is the omelet, not the eggs.

So I tried to prepare, just in case. I told myself that I would meet my end defying lies and in defense of my family, friends, honor and integrity.

Those four things are at the center of the wonderful new book, Things Worth Dying For: Thoughts on a Life Worth Living. The author, Charles Chaput, implores readers to fearlessly face what their own deaths will mean. How will they crown and highlight the lives these people have lived?

“Family, friends, honor and integrity,” Chaput writes, “these are the natural loves. Throughout history, men and women have been willing to die for these loves.”

“Family, friends, honor and integrity,” Chaput writes, “these are the natural loves. Throughout history, men and women have been willing to die for these loves.”  These loves are often challenged by people who want human love directed not to family and friends and honor, but to the all-controlling state.

We live in a  time of vindictive political discourse on matters ranging from sex to the meaning of our national history. Our politics often seems gripped with amnesia about the price of human suffering extracted by the bitter social experiments and poisonous Big Ideas of the last century — always in the name of progress and equality.

Chaput cites the work of Russian literary giant Aleksandr Solzhenitsyn, whose books “are filled with people who strive to live honorably in the toxic work of Soviet communism.” The specific evil of the Soviet Union might appear in history’s rear view mirror. But Chaput warns that

wickedness, like a virus, has a genius for mutating into new and appalling forms, and Solzhenitsyn’s themes are still instructive. Evil is real, even when it is masked by soothing words and excellent marketing. Thus it’s always vital to honor convictions. And doing so usually has a cost.

You Have to Walk in the Room

The archbishop also makes an important point about prudence. No one, including Christians, should fetishize martyrdom. Chaput gives the example of St. Polycarp, an early Christian who “withdrew from his city to avoid the civic leaders who required Christians to offer sacrifice to pagan gods.”

During the political madness of 2018, I left Washington to go to the beach for a few days. (A reporter followed me down there, and his questions were bizarre, paranoid and absurd.) I was not fleeing the evil of Washington. I just wanted to take a breath before the final battle was joined.

But I knew I couldn’t evade it. To keep our integrity, none of us can.

“Cowardice is very good at hiding behind prudence,” Chaput writes. “Too often we twist ourselves to suit what we think is approved behavior or thought. We muffle our thoughts to avoid being the targets of contempt. Over time, a legitimate exercise in prudence can degrade into a habit that soils the soul.” Like the priests in The Exorcist, sooner or later you have to walk into that room.

Shame You to Death

Once inside and face to face with evil, it’s important to understand the spiritual nature of the battle. Be aware that the demons will try to shame you. They’ll goad you to do anything at all, just to stop the pain. Even to take your own life, as Fr. Damien Karras in The Exorcist does in the end. In her great essay “Shame Storm,” Helen Andrews explores how many of those victimized by liberal rage mobs end their one lives:

Most victims of public shaming aren’t nationally famous editors like Ian Buruma. They are ordinary folks like “ID Adam.” He lost his job at a box assembly company in Winston-Salem after reports that he racially profiled a black woman at a community pool. It turned out that as the pool chair on duty, he had asked to see her ID. Why? Because she’d signed in with an address on a street where no houses had yet been built. It took him days to get his side of the story into the papers. And it didn’t leave him any less unemployed.

The idea that online shaming is a form of debate — or in any way oriented toward finding the truth — is a delusion. Dialogue is not the point. The day Brett Kavanaugh and Christine Blasey Ford testified before the Senate Judiciary Committee, the New Yorker—not Gawker, but the New Yorker—ran thirty-two Kavanaugh headlines in twenty-four hours, many of them on the subject of the nominee’s supposed whininess. … The man had been accused of being a brutal rapist, and the most prestigious magazine in America ridiculed him for responding to the allegation as any innocent man would have. No, dialogue is not the point.

Family. Friends. Honor. Integrity. When your time comes, you might be remembered well if you defend these loves to the end. It’s a part of the 2018 war that would make a good movie.