Alas, Marrying Oneself is Now a Thing … Really

Sologamy must be the meanest of modern marriage myths. 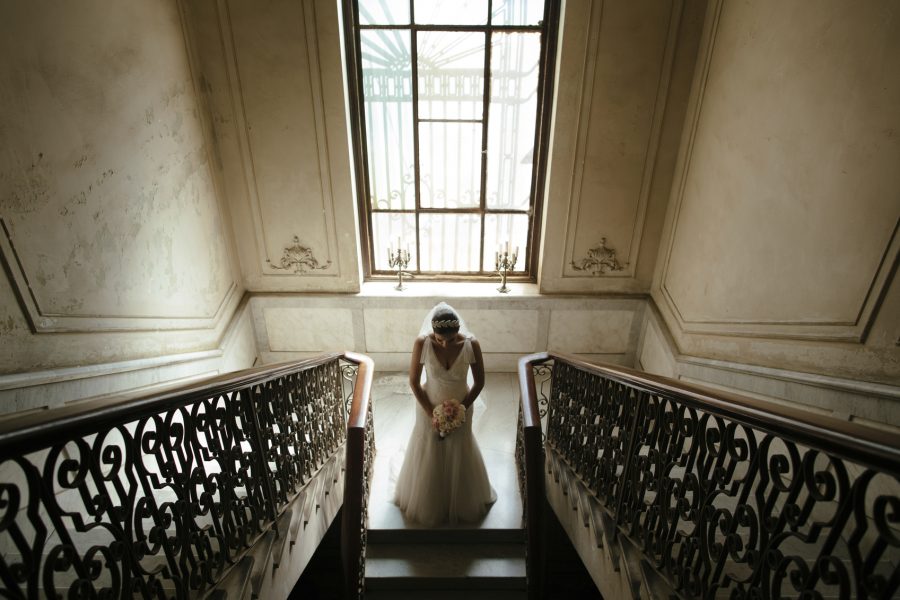 By Carolyn Moynihan Published on September 3, 2016 •

It sounds like a joke, but it is not entirely. Still recoiling from the insanity of marriage between two people of the same sex, we are told that people — women largely — are now marrying themselves. That’s right: having the dress, the ring, umpteen guests and saying “I do” to your very own ego. The UK’s Spectator magazine is the latest to survey this weird trend, the origins of which some writers trace back to 1993.

Admittedly, there are still only a handful of women in this lunatic fringe, but it includes writers, artists and life coaches who attract media attention. There’s an earnest TED talk about it by Tracy McMillan, an American television writer with a trail of broken marriages behind her; an online business peddling the I Married Me Self-Wedding In-A-Box, complete with ring, “ceremony instructions, vows, and 24 affirmation cards (so you can continue the practice)”; and lawyers to tell you, quite unnecessarily, whether it’s legal or not.

There is even a new word for these narcissistic nuptials: sologamy, which takes its place alongside monogamy, polygamy and polyamory as an apparently intelligible concept.

Yes, it’s ridiculous, but it is also sad to think of the dashed hopes, confusion and loneliness that would make ritual self-affirmation seem like a replacement for marital love.

That is why, although it would be easy to dismiss same-self marriage as a passing minority fad — already parodied by women marrying themselves to objects (a rock, a sandwich, a rollercoaster) and animals (a snake, a dolphin) — that will soon exhaust itself, we must take it seriously. It it is symptomatic of a serious dilemma facing women, and men, today: the difficulty of finding someone to marry. The difficulty of even understanding what marriage is.

Marriage rates in Western countries have fallen dramatically over the past 40 years, and especially since the 1980s. Economic changes affecting men’s employment, the rise of women’s employment, delayed marriage, the decline of religion, the social acceptability of pre-marital sex and cohabitation, ideas about the meaning of “equality” in marriage – these are just some of the factors in the decline of marriage.

According to a Pew Research Center analysis of Census data, in 2012 one-in-five adults ages 25 and older (about 42 million people) in the US had never been married, compared with only one in ten (9 percent) in 1960. Though they were not “out there” marrying themselves, men were more likely than women to have never been married (23 percent vs 17 percent).

But do these singles even want to be married? In a survey accompanying the Pew analysis, most young adults (67 percent) said society was just as well off if people had priorities other than marriage and children, while among never married adults, one third said they were not sure they would like to get married and another 13 percent said they did not want to marry.

This is the really awful story behind the ladies pledging to love, honor and obey themselves till death — the fact that so many young adults are not even sure that they want a spouse and children; the fact that they cannot see marriage as the institution that builds society and brings men and women, on the whole, health, wealth and happiness.

This is the sad bequest of the older generations to their children and grandchildren.

It’s true that marriage is not the only way to serve society and fulfill yourself. There have always been people who remained single because of some other compelling vocation (the Florence Nightingales, the missionaries, monks and nuns, the daughters and sons who supported their siblings and aged parents…) or simply lack of opportunity, but if marriage were not the natural vocation of most people the human race would wither and die. Women do not, on the whole, bear children without a commitment from their mate. And children do not generally thrive as they should outside of a married-parent home.

What the West has done in recent times is behave as though neither commitment nor children were essential to anyone’s fulfilment or to society. Look what you can have without marriage, we tell women: sex, a better job than most of the men available have; the support of the state if anything goes wrong; and if you really do want a child, there’s adoption or a sperm donor. Oh, and now the wedding! The ring! The anniversaries of your vows to yourself! Who needs a husband?

In truth, it is difficult to see what a husband adds — unless it is a good wage and another pair of hands — under the prevailing egalitarian model of marriage that seems to be so successful among the highly educated. You know: “gender equality”; fifty percent each of paid work and household chores.

Many scholars have observed that this idea of marriage does not appeal to working class men — and perhaps much of the middle class as well. A more equal sharing of roles, yes, but not with the precision of a business partnership, which is how marriage often is represented today.

What is lost in this model is something so fundamental that it could explain much of the current disenchantment with the institution: complementarity, the idea that man and woman are two halves of humanity, signifying our essentially relational nature.

One doesn’t have to be married to participate in the giving and receiving of human relationships, but marriage, with its typical fruitfulness in the form of children, reminds us all of an existential need and call. Given that it is also the way civilizations — especially the Christian civilization of the West — have grown and flourished, the idea that marriage can be replaced by self-love is both absurd and cruel.

But wholeness is a lifetime project that can only be achieved in relationship with others. Marriage is the great exemplar of that human project and the way that most people would pursue it in a sane society. We should be doing all we can to encourage young people to aim for it, to show them what it really is and to foster their hope for a good marriage, not manufacturing myths to protect failed sexual and gender revolutions.