Don’t Worry; March for Life’s Decision to Cancel is Wise, And No Reason to Fret

Pro-life advocacy isn’t over just because the March for Life is on hold. 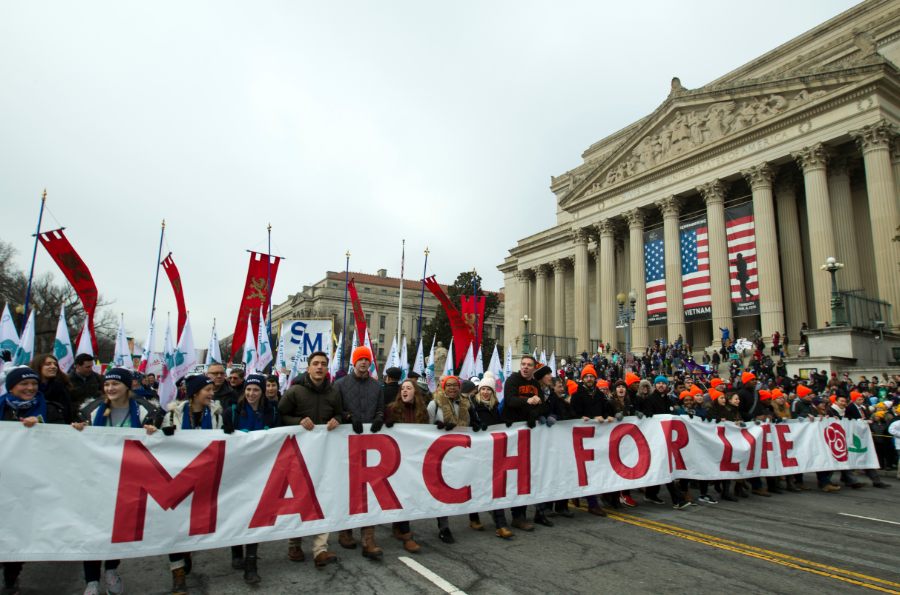 Citing concerns for the safety of participants and law enforcement, March for Life announced last week that its annual rally in Washington, D.C. will “look different.” A small number of pro-life leaders will still gather on January 29, but others are asked to participate virtually.

Many pro-lifers expected the decision. After all, we’re in the middle of a global pandemic. Threats of unrest still surrounded Inauguration Day events at the time of the cancelation. But Stream senior editor John Zmirak argues it’s a “craven collapse,” signaling “a dark day for Americans, born and unborn alike.”

The COVID-19 pandemic has exposed the hypocrisy of government actors, as well as hostility toward people of faith. We’ve seen government officials warn people to stay home, streaming their admonishments while on vacation. We’ve seen some of them praise mass gatherings that advanced their own political agendas, while discouraging other gatherings. Churches have been subject to unconstitutional regulations in some states, while other establishments like bars are free to operate.

As of this writing, the national death toll from COVID-19 is at 400,000. According to CDC data, rates of infection and death are increasing. Tens of thousands of people — even hundreds of thousands — attend the March for Life every year. Everyone is crowded tightly together for hours. This year, it would be the ideal “super spreader” event. I’m sure the march organizers would rather not send droves of people back to their home states with infections that are very dangerous or even deadly to precious members of society — like pregnant women, newborns, and the elderly.

Pro-lifers care about protecting the vulnerable. “Pro-life” means nothing if not based on the belief that human life is valuable at all stages. That’s why advocacy for the unborn and protection of the born are not mutually exclusive, but actually dependent upon each other. And that’s why we have to do what we can to protect the vulnerable, even if that means giving up an important event for a year.

The March for Life’s concern about overwhelming law enforcement with “heightened pressure” is also valid. “The pressure to do what?” John wonders. “To stand around and smile at nuns and little old ladies?”

Police don’t attend rallies just because they’re violent. Law enforcement officials regularly work with organizers of peaceful events like the March for Life to ensure safety and orderliness, both for the demonstrators and the locals. They direct city traffic, advise on safest routes, stand by in case of emergencies, and more. Just because an event is peaceful doesn’t mean it isn’t a lot of work for officers.

If canceling a massive gathering is the right thing to, then that is exactly what we should do. Whether or not others gather and get away with it is none of our concern.

There is a lot going on in Washington, D.C., right now. Following the deadly Capitol riot of January 6, the FBI warned that armed protests are planned around the nation on January 20, Inauguration Day — though thankfully none of these plans appear to have come to fruition. That doesn’t mean there haven’t been a few scares. Friday Capitol Police arrested a man who attempted to cross a security checkpoint with a loaded gun, over 500 rounds of ammunition and fake inauguration credentials. National Guard troops poured into D.C. for additional security. Local law enforcement was and is on high alert.

Even though the inauguration is now over, things aren’t back to normal in D.C., yet. As the National Catholic Register reported, “The National Mall is closed to the public through at least Jan. 24, just days before the planned March for Life was to take place on Jan. 29. According to The Associated Press, the number of National Guard troops in Washington to secure the locked down area is about 21,000.”

It makes sense that the March for Life doesn’t want to add undue pressure to a police force that has been overstretched and overworked in the last few of weeks. This is yet another example of pro-life leaders being consistent in their respect for life and humanity.

It’s also smart. The pro-life march is a target for leftists. Usually just verbal violence, but now possibly physical violence. As John notes, school kids and elderly women are regular attendees at the March for Life. Their safety from potential political violence — whether from disgruntled far-right extremists intent on causing chaos in D.C., or radical leftists who hate conservatives —  should be considered.

Pro-Life Advocacy Will Go On

I’m not worried about the March for Life’s future, and neither should you be. Why? Passionate pro-lifers have gathered every year since 1974. And the pro-life movement is growing. As a result, participants in the March for Life are growing more diverse each year. Pro-lifers of all stripes will be itching to reconvene in Washington, D.C. as soon as it’s safe to do so. They will.

Just consider the March for Life’s president, Jeanne Mancini. She has spent her career defending life in both the government and private sectors. Do we really think her lifelong dedication to the cause is compromised because she made a difficult call during one unusual year?

Pro-life advocacy isn’t over, either. The March for Life is important, of course, because it raises awareness. It signals to the nation and the world that we will not rest until abortion is abolished. It encourages pro-lifers. But it’s not all-important.

In fact, the March for Life itself isn’t even about the march itself. It’s about giving Americans the tools and the courage they need to go out and make a difference after the rally is over. That’s true this year, as well. One of the virtual events is a training session on political pro-life activism.

Here’s a confession: I’ve never attended the March for Life. And yet I’m still active in pro-life advocacy. For years I’ve donated to local pregnancy centers. I’ve raised awareness of pressing pro-life issues through my writing. Last year, I helped my church start a pro-life ministry for our town. Every week we help families in need, including pregnant mothers who are preparing for new babies and need help caring for their older children.

Amid challenges like the pandemic and record rates of unemployment, I can tell you what those families are concerned about. It’s not whether tens of thousands of people will gather at the March for Life. It’s whether or not they can afford to feed their babies and put them in diapers, or pay the water bill, or keep the lights on.

Let’s Get to Work

Pro-lifers won’t be marching en mass in Washington this year. But we will be helping mothers and protecting the unborn. People will continue supporting pro-life organizations generously, with money and time. Pro-lifers will continue helping vulnerable women in our own communities so that they are not driven to abortion.

We’ll still be fighting for the unborn in the political and legal arenas. As a friend puts it, we’ll still be doing the day-to-day work, even if we’re not having the office party this year.

At this moment in the pro-life movement, there is a lot to celebrate — and a lot to do. So let’s get to work saving lives, and look forward to the next March for Life.

To learn more about participating in this year’s March for Life’s virtual events, which include a one-hour training session on pro-life political activism, click here.

To support or become involved with a pregnancy resource center near you, visit Care Net or Human Coalition.

To learn about starting an Embrace Grace class for single pregnant mothers through your church, click here.