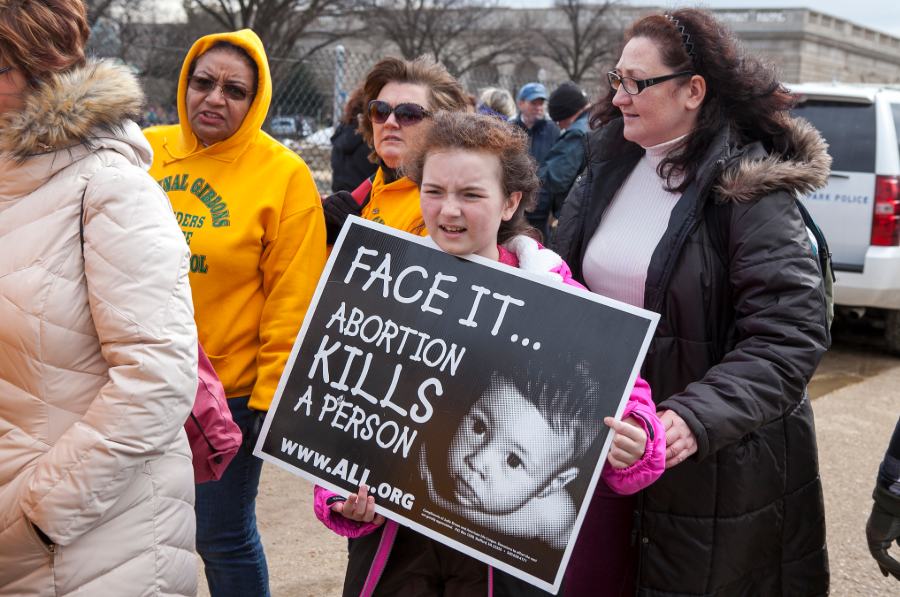 The screws are turning, stuck pigs are squealing, and little critters are jumping ship. As the Democrat party and its allies seek total power over society, some among us are panicking, and doing the left’s work for it.  Months ago, I worried to friends that COVID blah-blah yadda-yadda would be used as a pretext by Washington, D.C., to cancel the March for Life.

That annual, lovely and hope-filled event has always been a bright spot on millions of calendars.

Remember, people: It’s safe to have rallies of thousands to demand mail-in voting, but unsafe to vote in person. Because the Red China virus, apparently, was programmed to exempt Progressive marchers, but if you sing in church it will kill you.

I knew D.C. would try to stop the March. Every year, members of The Hive get sick at the sight of hundreds of thousands of peaceful, joyous, loving citizens in the nation’s only annual civil rights march for unborn Americans. Each year the media lie about the numbers, understating them by half or even more.

And each time, pro-aborts hope and pray (to Moloch, I guess) that some pro-lifer will do something violent. Anything at all. Never happens. The Holy Spirit, who sparked the march in the first place after Roe v. Wade, seems to watch over it closely.

Even though the subject at hand is the murder of a million Americans annually for our sexual convenience, pro-lifers keep it peaceful. I’ve laid out the Just War arguments that make pro-life non-violence sensible, not servile. I urge Stream readers to go review them. Because Just War arguments apply to civil wars, and revolutions too. We might need to brush up on them.

We Surrender and Wish to Collaborate

But now the March for Life, according to a recent statement, is throwing in the towel. Worse, it’s using the language of the Enemy:

The protection of all of those who participate in the annual March, as well as the many law enforcement personnel and others who work tirelessly each year to ensure a safe and peaceful event, is a top priority of the March for Life. In light of the fact that we are in the midst of a pandemic which may be peaking, and in view of the heightened pressures that law enforcement officers and others are currently facing in and around the Capitol, this year’s March for Life will look different.

The annual rally will take place virtually and we are asking all participants to stay home and to join the March virtually. We will invite a small group of pro-life leaders from across the country to march in Washington, DC this year. These leaders will represent pro-life Americans everywhere who, each in their own unique ways, work to make abortion unthinkable and build a culture where every human life is valued and protected. [emphasis added[

Whose Streets? THEIR Streets

What a craven collapse. Why was it safe for Antifa to march through Manhattan this week in riot gear like storm troopers, chanting: “Whose streets? OUR streets?” But it’s not safe for pro-lifers to rally in our capital.

The answer is clear, in the organization’s own words. It’s not protecting people from COVID. It’s surrendering to the leftist claim that any political demonstration by conservatives is inadmissible. Either it will spread disease, or lead to violence — the kind that’s not allowed, because it’s not endorsed by leftists. Whatever. It’s not happening. We’re cancelling it in advance, before the government can even try to ban it. That is servile.

Never mind that the March for Life has always been peaceful, and everyone knows it. The March told its supporters their presence in Washington would put undue “pressure” on law enforcement. The pressure to do what? To stand around and smile at nuns and little old ladies? No leftist marches will be cancelled for such reasons, though they will indeed prove violent. That’s acceptable violence, though, under our new pagan sharia. Conservative speech is now sedition, while leftist arson is “mostly peaceful protest.” This kind of Orwellian doublethink is precisely what makes the monstrosity of abortion possible.

I can smell in this statement the death stench of the U.S. Catholic bishops, zombie leaders who long have had undue influence over a pro-life movement they do little or nothing to help. The chief bishop in the U.S., Wilton Gregory, seems to have lied through his teeth during the election to smear Donald Trump.

If Arcbishop Wilton Gregory is @JohnLAllenJr‘s source – and we don’t know but it reads like it –then the Archbishop of Washington lied in order to smear President Trump. https://t.co/Zm1dVnmqBK

Also notice the slippage of what the March for Life now says it wants. It doesn’t mention making abortion “illegal” but rather “unthinkable.” Can you imagine the Civil Rights Movement saying it wanted to make racial discrimination not illegal, but unthinkable? As if the law didn’t teach us what to think about moral questions, in part by punishing evils, like segregation or abortion.

We see here the cant of the Seamless Garment left. It demands that the State leave abortion perfectly legal, but offer enough bribes to pregnant women via welfare so fewer of them choose it. The Seamless Garment was invented to keep abortion legal forever, by making the price of outlawing it the embrace of an insane leftist Utopia.

Bowing to the Inevitable, Burning Incense to Caesar?

Now, in fairness to the March for Life, it’s quite possible that Washington, D.C. would have denied the group the permits to march. I think that any such ban should be defied en masse as unconstitutional. However, I don’t expect everyone to make the same tactical choice.

But if D.C. wants to squelch political speech, why give it political cover by surrendering pre-emptively? By pretending that D.C. police are afraid of Catholic schoolkids and sweet Latina ladies saying the Rosary or praying in tongues? Or buying into the transparent leftist lie that only Christian, conservative events are a COVID threat?

There Will Be No “Next Year”

This surrender is permanent, I expect. I don’t think the March for Life will happen “next year” as its statement promises. Not even if leaders with more spine take it over, and tell the bishops to stuff their worthless “support” and bad advice. A precedent has been set. The largest resistance march against the left has surrendered, and chosen to collaborate. Any effort to revive it will be dismissed as “divisive” and possibly “violent.”

It’s a dark day for Americans, born and unborn alike.