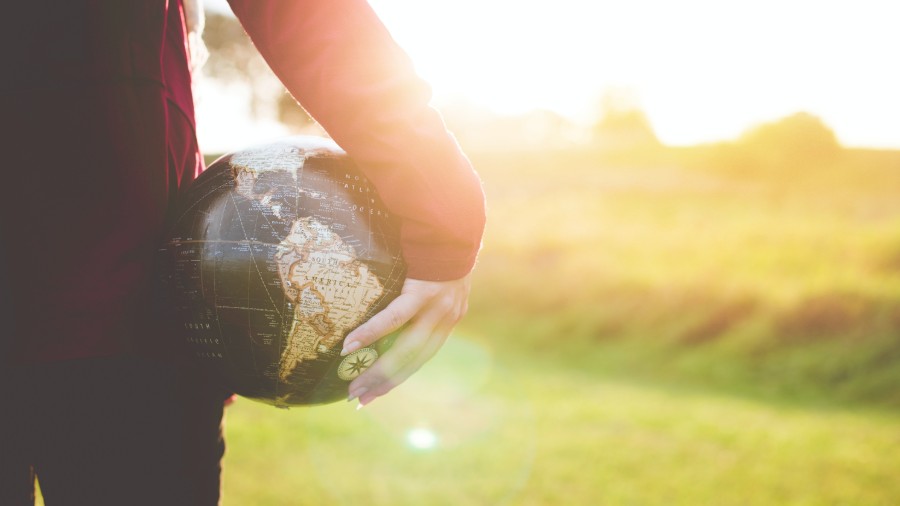 As followers of Jesus, we live with holy tension. We are in this world, but we are not of it. We are citizens of the countries in which we reside, but we are also citizens of an eternal, heavenly kingdom. We serve and honor our fellow-man, but our ultimate allegiance is to the Lord. This is not always easy, but it is our calling.

In my own life, this holy tension is experienced on a number of different levels.

“Reach Out and Resist”

When it comes to the LGBTQ community, the divine mandate I received was, “Reach out and resist,” meaning, “Reach out to the people with compassion; resist the agenda with courage.”

When it comes to being a Messianic Jew (a Jewish follower of Jesus), there is a different kind of “reach out and resist.” I reach out to my people with the good news of the Messiah; I resist the rising tide of antisemitism that seeks to attack and demonize them.

When it comes to being a charismatic, I fully embrace the gifts and power of the Holy Spirit for today. At the same time, I reject charismatic extremes and abuses. The holy tension is felt there as well.

As a result, I receive flack from all sides. But it is a small price to pay, since I can maintain my witness and my integrity. That, in the end, is what matters most.

Losing My Voice After I Endorsed Ted Cruz

During the 2016 primaries, for the first time in my life, I endorsed a political candidate, namely, Ted Cruz.

But once I endorsed him, I realized that my audience filtered any of my political comments through that lens. In other words, when I was raising concerns about candidate Donald Trump, people responded by saying, “You’re just a Cruz guy.”

To an extent, I had lost my voice.

To be sure, I would love to see Senator Cruz in the White House one day and he would get my enthusiastic vote. But I do not believe I would endorse him (or anyone) again.

To Be Known as a Defender of the Gospel

As I recently tweeted, “This may frustrate some of you who are more politically invested, but I do not want to be known as a defender of the president but rather as a defender of the gospel. I want my message to be Jesus, not Trump. As I’ve said repeatedly, JESUS IS MY SAVIOR. Trump is my president.”

On the day I stand before God to give an account, I feel confident He will not rebuke me for having these priorities.

Some of my evangelical colleagues in America and overseas have told me that the reputation of the gospel has taken a serious hit because American evangelicals are so strongly identified with Trump, without qualification or equivocation. For some of us, it’s as the president can do no wrong. Or if we say one negative word about him or differ with any of his behavior, we have somehow become disloyal, even though we voted for him and support him.

But the president has done what he promised he would do, against all odds, and so he gets my vote. But he doesn’t get my soul.

There is quite a difference.

Maintaining Integrity as a People of Truth, Not of Partisanship

Our greatest allegiance is to the truth, and when we demonstrate that we are people of truth (rather than people of partisan politics), we maintain our integrity before the church and the world.

I like the way this Trump supporter put it on Twitter: “Don’t get me wrong, I support our President, but my first and foremost allegiance is to the cross of Christ Jesus. The Lord is using this President to greatly stir up the den of vipers in this country, which is why so many wicked oppose him. I pray for Trump, not to him.”

I was interacting with a Christian brother on Twitter, a man who felt that following the law of love was incompatible with a vote for Trump.

He wrote to me, “There have been post[s] from you I disagree with, but your honesty about ‘who’ Trump is has been refreshing. Far too many Christian leaders have aligned with him, and will not say the things you’ve said.”

I will gladly explain and justify my vote, but I will not break fellowship with a Jesus-loving brother or sister over it.

God is for His Kingdom Purposes

Many of you know the account in Joshua 5 where Joshua encountered the angel of the Lord with sword in hand.

Initially, Joshua thought this was just another solider, and since he was about to go to battle with the people of Jericho, Joshua asked, “Are you for us or for our enemies?”

“Neither,” the man replied, “but as commander of the army of the Lord I have now come.”

Joshua then fell facedown in reverence and asked, “What message does my lord have for his servant?”

“The commander of the Lord’s army replied, ‘Take off your sandals, for the place where you are standing is holy.’ And Joshua did so.” (See Joshua 5:13-15.)

In that same sense, God is not for the Republicans or Democrats. He is for His kingdom purposes, and it is up to each candidate and each party to align themselves rightly with those purposes.

It is for those purposes and that kingdom I give my life, and nothing and no one can compete for that total allegiance.

Everything I do (and, hopefully, if you agree with me, everything you do) must be weighed against that standard. In the light of eternity, it is the only thing that makes sense.

And so, we live with holy tension in this present world so that we will live without tension or conflict in the world to come. It makes perfect sense.