Like Pharaoh and Rehoboam, Biden Doubles Down on Disaster 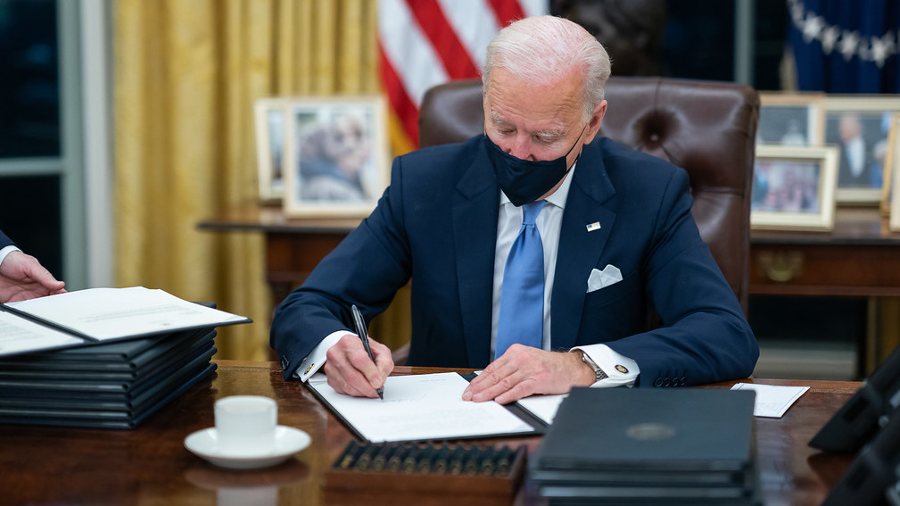 His name was Bill. He was a rancher in the area where I grew up, and I knew him ever since I was a kid. He was a friendly and good-natured ole cowboy. The only problem was sometimes he became a little too good-natured from drinking.

I didn’t see it first-hand, but I heard the story of when Bill was at a small cutting horse event at a private ranch arena. Bill was about “three-thirds” drunk and was sitting on his horse, talking and laughing. Another guy decided he would pull a prank on him, and he unfastened the girth and the flank strap of his saddle. When Bill was ready to ride off, he sharply turned his horse while jabbing his spurs into him. The saddle, saddle blanket, and Bill all fell to the ground in one neat package with his boots still in the stirrups. And he was so drunk he kept on “spurring” as if he was still on his horse. Good thing for Bill that was long before cell phone cameras.

“Whoever remains stiff-necked after many rebukes will suddenly be destroyed — without remedy” (Proverbs 29:1).

It seems the Biden administration is responding to its own disastrous failed policies the same way. There’s been an invasion on our southern border since day one of this administration, and now it appears Biden’s about to let Title 42 expire, which will open the floodgates even more. We have record inflation, and yet Biden wants a fourth stimulus package. We’re begging our enemies for oil, but still no Keystone XL Pipeline. He opened some drilling on federal lands (“Look at this shiny object!”) but at an 80% reduction, with royalties up to 18.75%, from 12.5%.

And yet the Bidenists are so drunk on their wokeness, they keep spurring away while their saddle is on the ground.

Throughout the Bible we see instances of stubborn rulers “doubling down” on their terrible decisions, and it didn’t end well for them. “Whoever remains stiff-necked after many rebukes will suddenly be destroyed — without remedy.” (Proverbs 29:1)

The classic example of doubling down on stubbornness is Pharaoh in Egypt. It took him witnessing 10 severe plagues to actually let the Israelites go. But then his heart was hardened, and he and his army chased after them. Whether you’re a student of the Bible or you just watched The Ten Commandments with Charlton Heston, you know that resulted in a disastrous outcome for Pharaoh and his army.

The Writing on the Wall

And then there was Belshazzar, king of the Chaldeans, who famously saw “the writing on the wall.” (Daniel 5) He was so scared that it says “his loins were loosed.” (verse 6) Some scholars think the translators cleaned that language up a little, and that either his bladder or bowels were “loosed.” (I could probably come up with another analogy right there, but I’ll move on.)

Daniel was brought in to interpret the writing and said, “O king, the Most High God gave Nebuchadnezzar your father a kingdom and majesty, glory, and honor … . But when his heart was lifted up, and his spirit was hardened in pride, he was deposed from his kingly throne, and they took his glory from him. … But you his son, Belshazzar, have not humbled your heart, although you knew all this.” (Daniel 5:18, 20, 22) That very night Belshazzar was slain.

Of course, I’m not advocating for anyone to be slain, but the message is because he doubled down — even after seeing his father reduced to dwelling with wild donkeys and eating grass like oxen (verse 21) — his power was stripped from him and his entire “party.”

After King David died, his son Solomon was to succeed him. But Adonijah tried to steal the throne from him. (Maybe via a fake Russian dossier?) Throughout Solomon’s reign, Israel experienced great peace and prosperity, and he built a great Temple to God. All that reminds me of 2016 to 2020, until the China virus was unleashed.

When Solomon died, his son, Rehoboam, ruled. But even though the policies of Solomon had been successful, Rehoboam refused the counsel of his father’s advisors and took his friends’ advice instead. He told the people, “My little finger shall be thicker than my father’s waist!” (1 Kings 12:10)

Rehoboam doubled down against good policies that had worked. And as a result, the kingdom was torn apart into the northern (Israel) and southern (Judah) kingdoms. Too bad he didn’t take heed to what his father had written, “He who walks with wise men will be wise, But the companion of fools will suffer harm.” (Proverbs 13:20)

Biden has stubbornly doubled down for his failed policies (like Pharaoh and Belshazzar) and against the good policies of his predecessor (like Rehoboam). Romans 12:9 says, “Hate what is wrong. Hold tightly to what is good.” Biden seems to hate what is good and hold tightly to what is wrong. And like Rehoboam, he has caused more division in our country than anyone in modern history — even the mean tweet guy.

On April 14, 1912, the Titanic sank in latitude 41.43 north and longitude 50.14 west. The steamship, Caronia, had sent out the following message two days prior:

“Westbound steamers report icebergs, growlers (huge chunks of ice) and field ice in latitude 42.00 north and longitude 49.00 to 51.00 west on April 12.” The Chicago Examiner wrote on April 18, 1912, “This message was picked up by Lucien Oury, wireless operator of the La Bretagne, then near Cape Race. It is more than likely that the operator on board the Titanic received the same warning.” This was two days prior to the tragedy.

And on the very day it sank, the Titanic received five warnings from other ships, according to the Titanic.com website. These warnings were from Caronia 9:00 AM, Baltic II 1:42 PM, Amerika 1:45 PM, Californian 7:30 PM, and Mesaba 9:40 PM. The Titanic sank at approximately 11:40 PM.

That horrific disaster could have been avoided with a simple course correction. Perhaps Captain Smith was so obsessed with a sensational arrival time at New York that he compromised the safety of 2,240 people.

I’m concerned that Joe Biden is doing the same thing as the captain of this “ship,” The United States of America, despite being warned by not only Republicans, but also some in his own party, Independents, and most importantly, the American people. A Gallup poll last December showed that 79% of Americans were dissatisfied with the direction the country is going. And things have only worsened since then. By doubling down on his reckless policies, even though they have clearly failed, he is putting the future of our country at risk.

Captain Biden, there are icebergs out there! Turn 90 degrees to the right, immediately!