Record-Breaking Year for Lies: How the Left Gets Away With It, and How You Can Help Stop Them 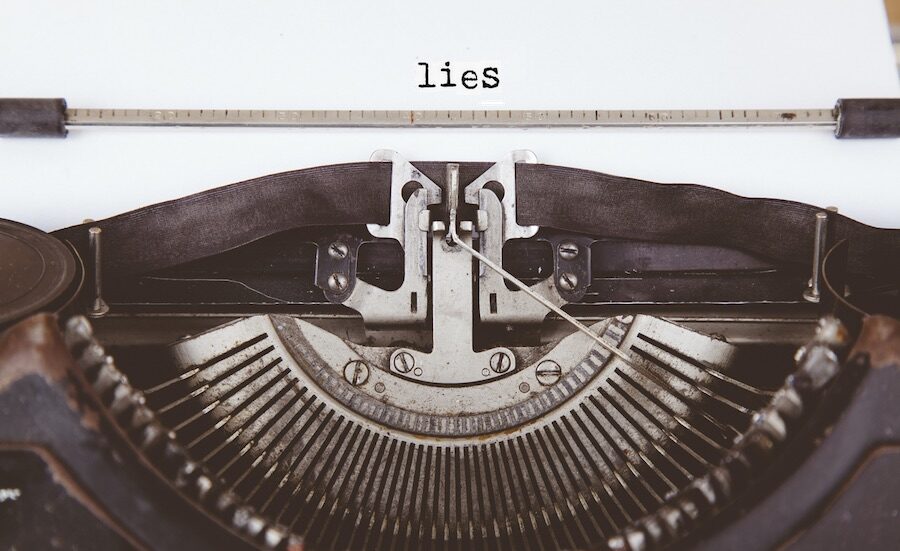 The Candidate Who “Lies” vs. The Candidacy That’s a Lie

His handlers, whoever they may be — “The Secret Committee Formerly Known as Joe Biden (TSCFKAJB)” my colleague John Zmirak calls them — think they can stay out of sight until their man gets safely elected. So far it’s working. They’re getting away with it.

So False, So Obvious

I see it everywhere on the left. Roy Speckhardt, executive director of the atheistic American Humanist Association, wrote a panicky article last week telling of Amy Coney Barrett’s “strong aversion to legal precedence [sic].” What he really means is that Barrett disagrees with two or three prior Supreme Court decisions he’s afraid the Court might change. He’s panicked that they might revisit what he calls “matters that impact people’s basic liberties” — meaning abortion, Obamacare, and LGBT privileges.

But his charge is breathtakingly, obviously false. Does anyone think Judge Barrett made it to the 7th Circuit Court by having a “strong aversion” to legal precedent? Seriously? That’s not how the world works, and I’m pretty sure Speckhardt knows it.

But the left tells the lies, and they get away with it. How?

Part of the answer is ideology. Speckhardt’s tribe won’t pick up on the obvious; they don’t want to. The same goes for the anti-Trump crowd. They hate the president so much, they’ll take anybody or (functionally) nobody who’ll run against him.

Part of the answer is media censorship of facts that embarrass them — which includes unprecedented social media meddling in information relevant to a presidential election.

Part of it we can blame on old-fashioned traditional media bias. Biden got a pass on his empty candidacy in last night’s Town Hall meeting; Trump got hammered.

And then there’s the help that so-called fact-checkers give to the left. You think Trump’s lies are bad? How do you know? Honestly, this has been a tough one for me. I hear that Trump is chronically dishonest; I want to know the truth; I can’t find a source I can trust on it. The Washington Post says Trump made “more than 20,000 false or misleading claims” up to midsummer of this year, but the Post’s fact-checkers don’t always tell the truth. That’s more than just a little bit problematic. Surely some of those “20,000” really were falsehoods, but which ones, and how many? What good is a fact-checker if you have to fact-check it?

Stopping the Machinery That Makes It Work

Politicians lie. There are exceptions, but overall, it’s a well-known occupational hazard. It’s different this year, though. We face most than just politicians messing with facts. There’s an entire machinery of deception built upon intense hatred for Donald Trump, and propagated through traditional media and social media.

The left tells the lies. They get away with it, and they’ll keep on getting away with it — as much as we let them. Here are four steps you can take to slow the progress of the lies:

We can’t stop their whole machine with all its broad influence, but we can at least do something.

#Election2020: Joe Biden is Proud to be Running for Senate. (Yup. He Said It)