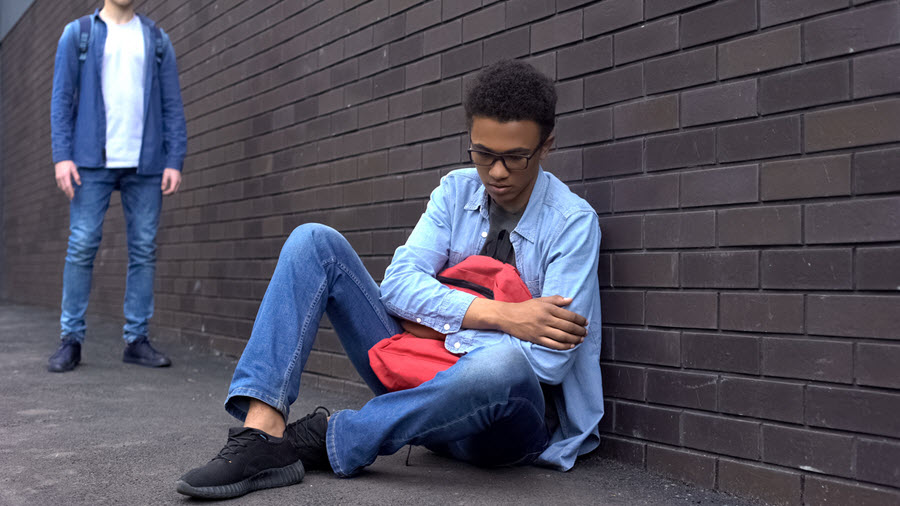 In my experience, Conservative White Christians have not been the conservatives most tone-deaf in the matter of race. Some, yes. But most, judging by my newsfeed these few days, are acutely more sensitive to the topic than liberals and secular conservatives alike.

From many liberals, I see the behavior for which the phrase “virtue signaling” was rightly coined. For all their professed racial enlightenment, white liberals at moments like this often objectify African-Americans. They use them as some mystic totem by which they prove their own moral superiority over other whites against whom they politically war.

And secular conservatives … yeesh. I direct the Family Institute of Connecticut. My colleague Christina Bennett put up exactly one post on our Facebook page expressing empathy for the late Ahmaud Arbery. On my personal Facebook, I posted on it only twice, one time to plug Christina’s appearance on EWTN’s pro-life program.

The harassment FIC is receiving for these few posts, nearly three weeks later, continues. Emails, voice mails, trolling on social media. One guy’s got a thing on how FIC is socialist, racist, etc. I don’t think it’s a coincidence that these weirdly obsessed people are folks we never heard of before.

FIC’s members, those who are most likely to defend against, say, assisted suicide or attacks on pregnancy centers, don’t act like that. The trolls have another set of priorities. They are, at worst, racist. At best, too blinded by partisanship to make sense of new data that doesn’t fit their limited categories.

Because of the trolling Christina and I got, I want to add two things to David’s quote of me below. I want to make two connections for my fellow conservatives, Christian and secular alike, that I have yet to see anyone else make.

The first is this: We should understand how people have changed. I say in David’s article: “African-Americans have said all along that equality under the law is a myth. Eventually we had DNA tests confirming that there really are innocent people on death row, cell phone videos confirming that police really did (and do) horrible things, etc, and that this stuff happens more than whites believed. It’s pretty hard to deny at this point.”

That should be familiar to pro-lifers because it’s the same dynamic at play in ultrasounds. Duh!

The fight for the humanity of the unborn child has shifted in our direction thanks to advances in ultrasound technology. Polls moved in a pro-life direction once people could see their unborn child in the womb and see that, yes, she really is a person.

Call it “woke” if you are a lefty, “red-pilled” if you are a righty. Whatever you call it, the videos of these altercations with police have had an effect on me similar to that of ultrasounds on pro-choicers who then became pro-life. Not that I ever denied the humanity of black people, of course. But ten years ago, I would have denied their complaints about the prevalence of police brutality and being treated as unequal before the law. Before, I couldn’t see it. Now I can’t unsee it.

Second, all conservatives, secular or Christian, ought now to appreciate African-Americans’ claim to be “unequal before the law.” The first of my two Facebook posts on Ahmaud was titled “Speaking of gross miscarriages of justice,” a reference to how those two guys were not charged for months. But I worded it that way because, just the day before, the Department of Justice dropped its case against Michael Flynn — after the FBI released memos showing they tried to frame him.

Patriotic Americans, especially conservative ones, have historically trusted in the goodness of our legal system. Complaints that the system favors some groups over others usually struck us as false. “Why,” we wondered, “are we still hearing this after so much progress has been made? Surely our system treats everyone as equal under the law now.”

What conservative in his right mind would say that today? That our system treats everyone fairly and can be trusted?

We just spent the last four years with our jaws on the floor, as the Deep State tried to overthrow a democratically-elected president. Revelation after revelation of malfeasance by our elites, all while the media looks the other way or actively assists in the the lies and the coverup.

Christian conservatives, especially, ought to appreciate how legally disfavored we now are in a post-Obergerfell regime. That is why many of us have hunkered down with Rod Dreher’s “Benedict Option” and tried to form alternative communities.  Or joined with writers like Notre Dame’s Patrick Deneen who question the legitimacy of the American founding itself.

Now that it’s us mistreated by the system, not someone else, is it so hard to see that African-Americans may have had a point all along? That maybe the system does favor elites over whatever groups they disfavor?

It is sometimes said that Christians can learn from the centuries-long survival strategies of our Jewish brethren. In the same way, conservative white Christians can learn a lot about our new position in society from African-Americans. But only if, as David said, we listen to them.