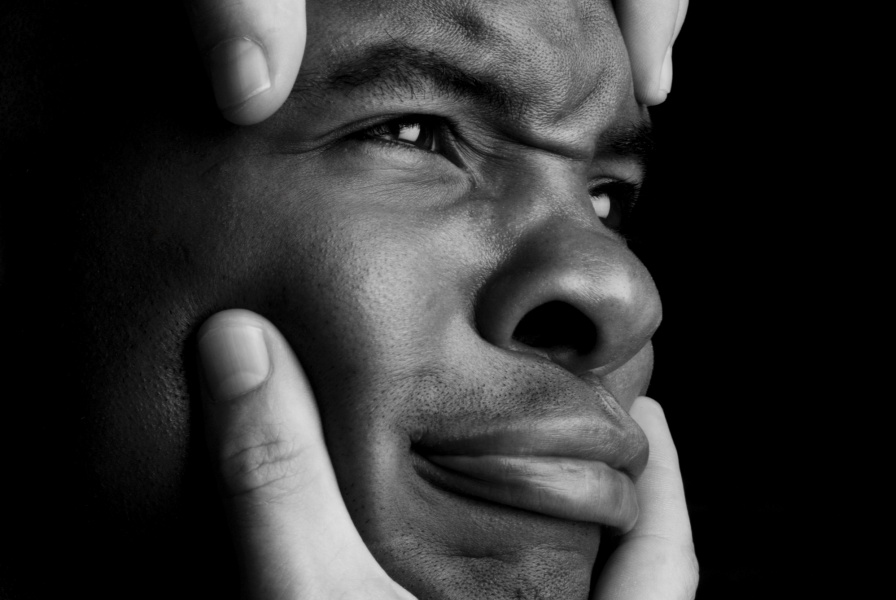 She’s a devout Christian, a home-schooling mom, the works. She’s not sure she should move a few miles away. A realtor called the place “a sundown area.” That means: “No blacks after sundown.”

My Facebook friend’s not sure how to find out if her family would be safe there. “Would I be terrified for my husband or children to go jogging there or to exist there? Why do we even have to consider this?” she asks. And answers her own question: “This is America. 2020. This sickness can’t be out-earned, out-educated, out-enunciated, out-behaved, out-kumbaya’d. … Feels like our liberty is limited by our skin color and our designated place.”

The issue came up yet again with the killing of Ahmaud Arbery by two white men claiming they were making a citizen’s arrest they had no legal right and apparently no practical reason to make. They almost got with away it anyway, one district attorney claiming they had the right to do what they did. A state agency finally had to arrest them.

“It’s amazing,” a very conservative friend said, “these two guys weren’t arrested until people complained.” It’s not amazing at all. They were white and connected. The victim was black and not.

What Sen. Tim Scott and others describe I have never experienced, because I’m as northern European white as it is possible to be. I enjoy advantages my African American friends don’t, as I’ve written here.

One comes up in Ahmaud Arbery’s story. The killers’ excuse was that they saw the victim looking in the window of a house under construction. I’ve done that, because I’m curious about how things are made and what a house being built looks like. It’s a guy thing to do. No one would bother me for doing that, except maybe by telling me to go away.

But for him, it proved a capital crime.

That reality is one to which white American Christians can be inadequately open. Particularly politically conservative ones, who tend to jump on these stories as if they were political statements and deny them out of hand.

They find it easy to do that because they don’t listen even to their African American fellow Christians. Or their Latino, Asian, and other minority brethren either.

The sociologist George Yancey, a senior contributor for The Stream, points out that the killing “has not happened in a vacuum.” Writing on his Facebook page, he explained: “It happened in a racialized society where there are stereotypes about black men as violent criminals is rampant. (And if you post stats about black crime also be sure to post stats about white mass murderers, okay?)”

He notes that we can’t prove that a white man would not have been treated the same, but it’s not likely he would have been. Like my Facebook friend, he knows the possibility of being attacked or killed is, as the statisticians say, non-trivial.

He feels the danger. “As a black man who cycles for exercise, do you think I do not think about this possibility? I will still cycle, but it is in the back of my mind. This is why we teach our black boys to be extra careful when dealing with authorities. … Events like this remind us that there is an extra danger for blacks and the way we prepare our boys for it carries an extra level of importance.”

Many of our brother and sister Christians make the same observations. People like a leading free-market economist, a Republican senator from a southern state, and Chuck Colson’s long-time writer, all quoted here.

Sen. Tim Scott of South Carolina described the experience in a speech on the Senate floor. Among other injuries, he’d been pulled over seven times in one year, mostly because he was black. Being one of the most powerful men in America didn’t protect him.

The senator had “felt the pressure applied by the scales of justice when they are slanted. I have felt the anger, the frustration, the sadness, and the humiliation that comes with feeling like you’re being targeted for nothing more than being just yourself.” He added: “I do not know many African-American men who do not have a very similar story to tell — no matter their profession, no matter their income, no matter their disposition in life.”

Here we have five testimonies: my Facebook friend’s, George Yancey’s, Tim Scott’s, Ismail Hernandez’s (he’s the economist), and Roberto Rivera’s (the writer). All serious Christians and all political conservatives or centrists. When Yancey writes about “Christianophobia” and Hernandez defends the market, conservative Christians nod their heads and hit share. When they write about the reality of racism, and about being the targets of racism themselves, the same people’s response is more … muted.

Or deflective. “Whataboutism” is a favorite cheap tactic. So is claiming it’s somehow just political. Someone — a devout Catholic — responded to my conservative friend’s remark with “No one talks about all the people in Chicago getting killed every day this is interesting coming up to an election.” He says in reaction, “Never mind that, look over there!” That’s simply racist, whether he means it to be or not.

White Christians must stop framing stories like Arbery’s as political and culture-war acts and denying them without looking and listening. That devout Catholic “Whatabouter” stands for too many. It’s dishonest about the facts, because it doesn’t let them speak for themselves.

And it means ignoring the voices of your Christian sisters and brothers who need you to look, and look very closely. How must it feel to hear a white Christian who’d happily stand next to you in church blow off the story of something you know could happen to you? Who treasures a convenient political narrative more than your story? Your life?

Peter Wolfgang, a Stream columnist, and no liberal, observed about the killing of Ahmaud Arbery: “African-Americans have said all along that equality under the law is a myth. Eventually we had DNA tests confirming that there really are innocent people on death row, cell phone videos confirming that police really did (and do) horrible things, etc, and that this stuff happens more than whites believed. It’s pretty hard to deny at this point.”

He’s listened to people like Yancey and the others. Their’s are the kind of voices to whom we (speaking as a white Christian) should listen. Must, especially as Christians, listen. They suffer a kind of oppression and danger we don’t. They see realities and truths we don’t.

Like this: “While I thank God I have not endured bodily harm, I have however felt the pressure applied by the scales of justice when they are slanted,” Scott said in his talk on the senate floor. “I have felt the anger, the frustration, the sadness, and the humiliation that comes with feeling like you’re being targeted for nothing more than being just yourself.”