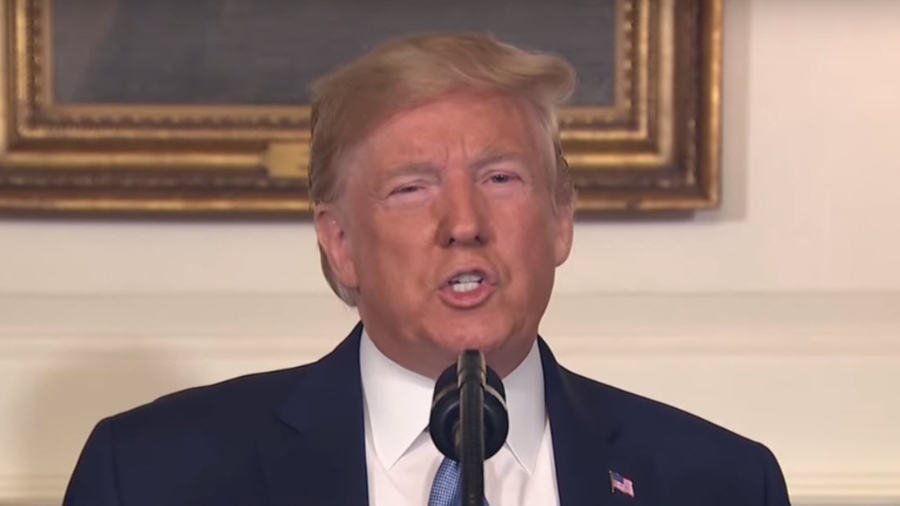 It is in that spirit that I offer a simple proposal for all who have ears to ear. But first, allow me to set the stage.

Are Trump and All His Supporters Racist?

I’m quite aware of the many loud, even shrill voices that insist the President is a racist. They point to the specific vocabulary he has used and to infelicitous statements he has made.

To them, the facts are undeniable: Donald Trump is a racist who has whipped other racists — all of them white, of course — into a frenzy. Not surprisingly, these totally unhelpful words were uttered by a well-known university professor, Reza Aslan.

I find his tweets to be as ridiculous as they are inflammatory.

At the same time, I don’t doubt that the President has inflamed racist sentiments, whether intentionally or not. And that’s why his official statement in the aftermath of the recent shootings is so important.

He said, “These barbaric slaughters are an assault upon our communities, an attack upon our nation, and a crime against all of humanity. We are outraged and sickened by this monstrous evil, the cruelty, the hatred, the malice, the bloodshed, and the terror. Our hearts are shattered for every family whose parents, children, husbands, and wives were ripped from their arms and their lives. America weeps for the fallen.”

More specifically, he said this: “The shooter in El Paso posted a manifesto online consumed by racist hate. In one voice, our nation must condemn racism, bigotry, and white supremacy. These sinister ideologies must be defeated. Hate has no place in America. Hatred warps the mind, ravages the heart, and devours the soul. We have asked the FBI to identify all further resources they need to investigate and disrupt hate crimes and domestic terrorism — whatever they need.”

This, of course, is not the first time Trump has denounced white supremacy. To repeat his forgotten and willfully-ignored words from the press conference after Charlottesville (when clarifying who he meant by “fine people”), “I’m not talking about the neo-Nazis and white nationalists because they should be condemned totally.”

How much damage has the leftwing media done by painting a false picture of the President’s response to Charlottesville? How much have they, too, inflamed hatred and division?

At the same time, I understand that many will not be impressed by Trump’s statement. As a Business Insider headline claims, “Trump condemned ‘white supremacy’ after the El Paso shooting, but his administration has made it harder to fight.”

My response to the President’s statement is different. But it is not based on naivety nor am I sticking my head in the sand.

Instead, as our greatest need today is for healing and reconciliation and constructive action, I propose we use Trump’s words as a fresh, new starting point.

He said, “In one voice, our nation must condemn racism, bigotry, and white supremacy. These sinister ideologies must be defeated.”

Let’s take him at his word, and let’s do it as a people. Let’s unite together against these destructive evils and let’s expose those on the fringes. Let’s make the haters uncomfortable. Let’s give no refuge to the bigots.

Let those who have his ear show him how some of his words and actions do more harm than good. And let us encourage him to do the right thing rather than condemn him before he starts. Let’s say, “Mr. President, we believe you!”

Just as importantly, let us not allow the media, on either side of the debate, to spark division and hatred and mistrust.

Let us vote with our feet, walking away from those who promote fear and bigotry. And let us refuse to be puppets of the left or the right, determining to forge our own path, a path of righteousness and equity.

On a regular basis, an African American friend of mine sends me shocking examples of anti-black bigotry in America, telling me, “Mike, you don’t have a racist bone in your body, but there’s a lot you don’t understand.”

Yet we interact as committed friends, sometimes bluntly sharing our differing perspectives and even accusing the other of having blind spots.

But we do so as brothers (we are both Jewish believers in Jesus) and as fellow-Americans, with respect and honor, as we challenge each other and learn from each other.

I’m asking other Americans to do the same, using the President’s statement as a perfect time to hit the national reset button. And if you believe he has been guilty of inflaming racial hatred, then forgive him and help turn the tide.

He said, “In one voice, our nation must condemn racism, bigotry, and white supremacy.”

I believe we can, so count me in. How about you?