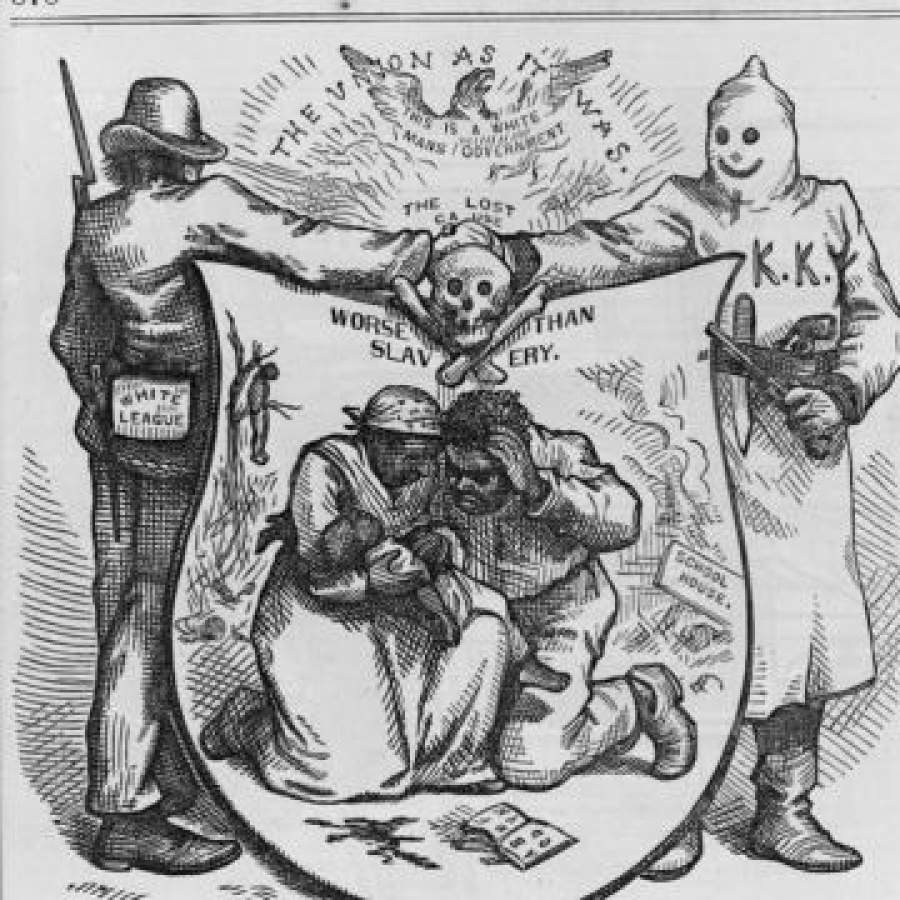 Equality isn’t the default setting of man. Neither is order, nor liberty. Most societies throughout our fallen race’s history have amounted to zero-sum games, where citizens had to trade off one of these vital goods to ensure the others. Societies that most prized order neglected liberty and equality (Tsarist Russia). Those that favored liberty accepted some inequality and chaos (Medieval Germany). Those focused on equality might also have order, but at the cost of virtually every scrap of liberty (Communist China).

America’s founders studied the lessons of history to seek the best possible balance among these three crucial human goods. They weren’t perfect. For almost 100 years our country endured the ancient, worldwide inheritance of slavery. For another hundred after that, we tolerated segregation. But even with those flaws, the balance in America and other English-speaking countries has generally been better than in the rest of the world. By 1965 or so, we might well have achieved the optimum, the most reasonable balance among these three goals held in tension.

The Free World No Longer Exists

No more. That achievement is gone, much further gone in Britain, Australia, Canada, and other Anglosphere countries where citizens meekly turned in all their guns to the government. Once that has happened, a society is past saving. The people are simply subjects of heavily armed elites, who wield security services, regime-controlled propaganda, and (as a last resort) even militaries that can break down any resistance. Real liberty — as distinct from sexual libertinism and easily accessed drugs — is gone beyond retrieval, barring some massive catastrophe.

I talk here often about the collapse of liberty, or about the assaults on order. Today I’d like to address the third leg of this tripod, which I don’t often write about: equality. Not forms of equality which are impossible or undesirable, like equality of height, IQ, or income.

None of those are part of the human condition, anyway. They’re true of termites, ants, and other hive insects — where 99.99% of the population, apart from the Queen and her drones, are indistinguishable from each other. That’s the problem with Communism: it’s a brilliant system for insects, as secular Libertarianism is suited to lizards that abandon their eggs in the sand.

The New Jim Crow We Live With

No, the equality we value as Christians and Americans is equal status and treatment before the law. And that is disappearing before our very eyes. It has to, if the Oligarchy dominating both our economy and our politics wants to wield Anarcho-Tyranny to expand and consolidate power. Imagine if the George Floyd rioters had faced the kind of prosecution and sentences that the January 6 protestors did. Thousands of leftists would be rotting in various prisons. That might demoralize the Oligarchy’s foot soldiers, so it wasn’t allowed to happen.

Nor could Michael Sussman face any consequences for lying to the FBI and planting the Russia hoax that led to a presidential impeachment, crippled a presidency, and made the Ukraine war inevitable. Nor Christine Blasey Ford for lying to the Senate, falsely accusing a Supreme Court nominee of rape. Nor the blue state governors who murdered thousands of nursing home residents by dumping COVID patients among them. Or who illegally declared states of emergency, tearing up the Bill of Rights for their states’ citizens.

Nor of course the thousands of “mules” and other participants in the Democrats’ theft of the 2020 election. None of them will be punished.

The Left Leaves No Soldier Behind; The Right Shoots Its Wounded

The left is like the U.S. Army Rangers: It leaves no wounded behind. No leftist terrorist is so violent that his deeds actually outrage fellow leftists. Not even when he shoots Republican congressmen or tries to gun down a Supreme Court justice.

At worst, when a crazed black nationalist mows down white families at a Christmas parade, progressives will mutter something about “mental illness.” They save their outrage for honest citizens like Jake Gardner, Kyle Rittenhouse, the McCloskeys, or even Nicholas Sandmann, who dare to put up resistance.

Woke Privilege: They’re Above the Law

There were far different penalties for killing a Roman slave than for killing a citizen. Likewise, the conquering Anglo-Saxons set the price of a fellow-tribesman’s life much higher than that of a mere native Briton. Two-tier systems of justice are all too common historically. In fact, they’re the norm. Our old American system was an exception. We’re going to miss it.

The January 6 show-trials are meant to drive home to all of us, and teach us to just passively accept as a fait accompli this staggering fact: members of the new Woke cult, and allies of our Oligarchy, are de facto above the law. Those of us who reject the religion of post- and anti-Christ and its priests of Baal? We’re beneath the law, too morally despicable even to deserve the legal protections accorded to pedophiles and killers.

That was the lesson of the recent breach of the Capitol by Stephen Colbert’s staff members. Admitted and encouraged by Democrat staffers, these humorless “comedians” roamed the halls to harass and mock conservative Christian lawmakers. They ignored or defied the police. And they won’t be punished, count on it. They certainly won’t end up dead like Ashli Babbitt, or rotting in solitary confinement for more than a year.

We should probably just acknowledge this new reality and make it screamingly obvious. When we speak to Woke folks with power, why not just call them, “Master”? Maybe Republicans in Congress can be given separate water fountains, and required to tug their forelocks and look at the floor when speaking to Democrats. Or we could revive the old Chinese imperial tribute of the kow-tow.

Because our old equality before the law is gone, vanished with the broad public faith in Christ that made it possible in the first place.

Oh well. It was worth a try.