Lesley Stahl Needs to Apologize. Think She Ever Will? 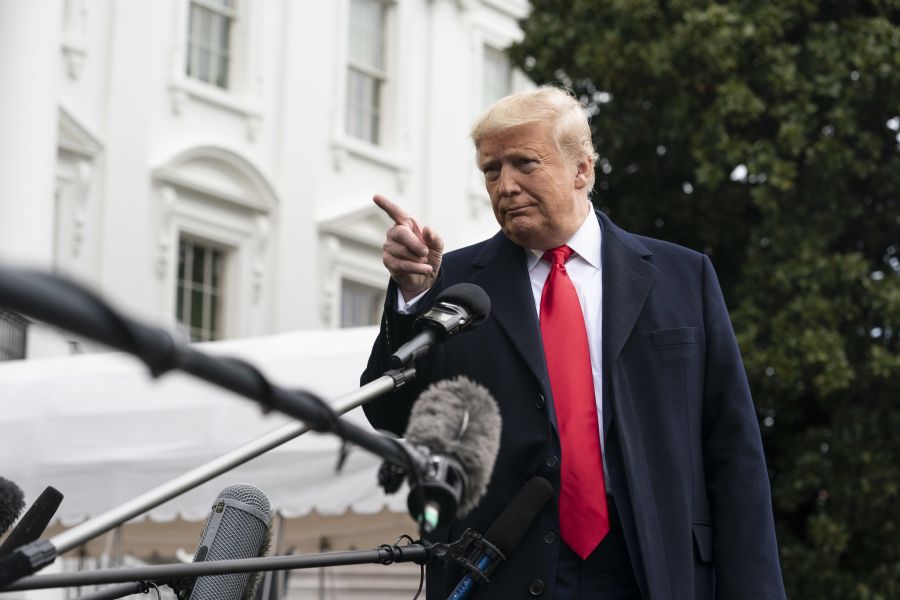 For anyone who still hasn’t seen why she needs to apologize, here’s the video…

Here’s some of the transcript…

She needs to apologize for “correcting” Trump for saying he’d been spied on. We say this for a number of reasons, but mainly because Special Counsel John Durham says in court documents that he has evidence showing that Trump’s campaign and transition actually were spied on.

At this point, why won’t Lesley Stahl finally apologize to President Trump for her mistake? Well, it most likely has to do with a collective self-delusion going on with the left.

Think Lesley will realize her grievous error and come groveling? She won’t. She and her colleagues are too invested in thinking they’re right on this, even when they’re wrong, and The New York Times is helping them delude themselves. More on that in a moment.

Meanwhile, Mark Levin was blunt about the spying on his Sunday FOX News show, just as we have been for over five years: There’s been spying going on, he said, illegal and unconstitutional spying, against a President of the United States. “[Trump’s] campaign was spied on, his transition was spied on, his presidency was spied on. Spied on.” The media were part of it and are now trying to cover it up. It’s the greatest scandal in American history, Levin said, and Levin is a historian par excellence.

He speculated that President Obama “had to know a lot,” simply because he, Levin, knew a lot, and they both “read the same newspapers.” Plus, as President, Obama got briefings twice a day from the very agencies that were purportedly spying on a candidate who was in league with Putin. How could there not have been conversations about this? The idea that it wouldn’t have come up is preposterous.

Recall that Obama, in the last days of his presidency, gave the National Security Agency more latitude to share “globally intercepted personal communications” with the other 16 intel agencies, before applying privacy protections. Never mind the question of constitutionality — why would he do this on his way out the door?

All Sorts of Criminal Activity

Levin spoke Sunday with former Director of National Intelligence (DNI) John Ratcliffe. The whole episode would be good to see if you missed it, but here’s the link just to that excellent interview.

Ratcliffe notes that “the mainstream media is trying to re-use [the report] as a way to … tamp down the idea that the Trump campaign wasn’t spied on because they can’t find the specific reference to that in something that John Durham puts in a federal pleading.”

Here’s something we hadn’t heard: Ratcliffe told Levin that on February 5, 2020 he questioned FBI Director Christopher Wray as a member of the House Judiciary Committee, asking him “point-blank” if, since an FBI agent had lied and there wasn’t really a proper justification to spy on the Trump campaign, the Trump campaign had been illegally spied on. Wray said yes, it had happened, and it was illegal and “totally unacceptable.”

When Ratcliffe became DNI, he asked to see all the evidence there was on Trump-Russia collusion, and there was none. “But we had all kinds of intelligence about fake Russia collusion” that was part of what Hillary’s team created to smear Trump. In fact, Ratcliffe declassified then-CIA Director John Brennan’s handwritten notes, in which Brennan mentions that he’s briefing Obama, Biden, and Obama’s national security team on it.

He explained that even though some would like to dismiss this as political dirty tricks, when you start taking false allegations to government agencies such as the FBI and the CIA, trying to make it look authentic by opening an investigation, “that’s all sorts of criminal activity.” Lying, conspiracy, possibly racketeering. He knows Durham is looking at all that because they had conversations about it when he was DNI. But he emphasized that it can take a long time to put that kind of case together.

Durham is revealing more of the details now, Ratcliffe said, but the issue of whether or not this happened “has long been settled.”

Devin Nunes, in an appearance on FOX News’ Sunday Morning Futures with Maria Bartiromo, pointed out that the committee he chaired, the then-Republican-led House Intelligence Committee, had carried out an investigation that led to 14 criminal referrals being made to the DOJ, even though they had to work largely with circumstantial evidence. This was because they “were misled or outright lied to by government officials.” Ratcliffe as DNI was able to declassify documents that now serve as direct evidence that Nunes’ committee should have seen.

Nunes also recalled the disinformation campaign that was run against members of his committee and all who disagreed with the Trump-Russia story. When anyone said the Trump-collaborating-with-Russia story was a hoax, the media would say, “Well, you must be a Russian agent!”

The difference now, he said, is that Durham is working with direct evidence. An example of new direct evidence Durham has would be the missing cell phones that have now turned up from IG Horowitz. (“Durham couldn’t even get to them … for a year and a half,” Nunes said.)

As Nunes explained it, “What they’ve creatively done here … is they set up legal avenues, using lawyers, to essentially launder all of this spying that was done and communicate to top FBI and DOJ officials. And Durham is starting to piece all of that together.” He hopes Durham can bring conspiracy charges, as he sees “a dozen or more laws” broken, “and people need to pay a price for it.”

Nunes called this a “classic frame job” that went to all levels of government, “from the FBI to the Department of Justice, all the way through most of the intelligence agencies,” along with “the culpability and the involvement of the media.” This is what turned the already left-leaning media into “a propaganda machine for the left-wing party in America.”

Nunes said we don’t know what other direct evidence Durham has, but because he’s not putting out what he has in leaks but in very strongly worded court documents, he finds it “hard to believe that he doesn’t have the goods on a lot of people.”

“The question will be, how high can he go and who can he get? I think we all want to know that, but we need to let him do his job.”

So, at this point, why won’t Lesley Stahl finally apologize to President Trump for her mistake? Well, it most likely has to do with a collective self-delusion going on with the left. They cannot admit they were wrong about this. So The New York Times ran a laughable piece by Charlie Savage featuring Democrat talking points that he insists show Durham’s narrative to be “off track.” The usual suspects lapped it up: Vanity Fair, CNN, Jimmy Kimmel.

But Margot Cleveland saw it, too, and came back with a great commentary refuting it point by point. It’s a must-read … especially for Lesley Stahl, who still needs to apologize.