The sky is falling! Wait, no it's not. 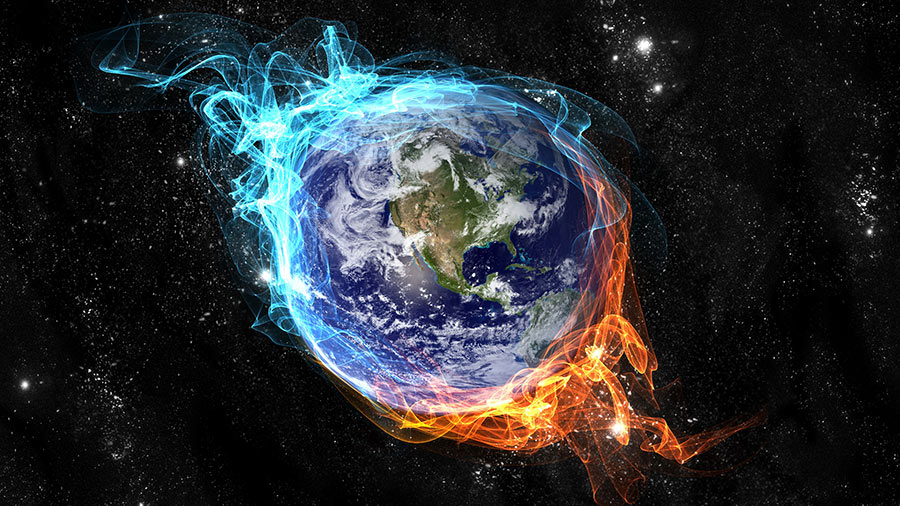 As the green movement grows, few seem to notice that a major reason the movement emerged — the prediction that human activity will soon lead to cataclysmic events — has proven false.

Of all the people still making such predictions, perhaps the most famous is former vice president Al Gore. In 2006, he said that if “drastic measures” weren’t taken to reduce greenhouse gasses, the earth would reach a “point of no return” in 10 years.  “We can’t wait,” he said, promoting his movie An Inconvenient Truth, which turned out to be inconveniently wrong. “We have a planetary emergency. … The future of human civilization is at stake! … Global warming is the greatest challenge we’ve ever faced!” January 25, 2016, came and passed and the earth’s temperature has remained almost the same. Tornadoes are declining, the number of polar bears is increasing, and ice in the Antarctic continues to expand.

Despite his dire warnings about global warming causing rising sea levels, Gore bought a beachfront mansion. Meanwhile, he has been very successful as a green-tech investor.

In 2003, the Pentagon commissioned a doomsday report entitled, “An Abrupt Climate Change Scenario and Its Implications for United States National Security.” The report predicted severe climate disasters occurring around the world in 2005, 2007 and 2010 due to global warming, “Floating ice in the northern polar seas, which had already lost 40% of its mass from 1970 to 2003, is mostly gone during summer by 2010.” It went on to address the years 2010-2020, “By the end of the decade, Europe’s climate is more like Siberia’s.”

And in 2005 the United Nations Environment Programme (UNEP) warned that “man-made global warming” would cause sea levels to rise by 2010, causing 50 million “climate refugees” to flee from islands and coastal areas. Not a single “climate refugee” has yet had to  flee. The UNEP took its “climate refugees” map off its website.

These failed predictions are nothing new. In 1922, that’s 94 years ago, the Associated Press reported that coastal cities would be uninhabitable in a few years due to “a radical change in climate conditions” and the melting of the polar ice caps. When Earth Day launched 46 years ago, “experts” were making many apocalyptic warnings that turned out false.

Reason compiled a list. Paul Ehrlich declared that Americans would have a life expectancy of 49 years. Harvard biologist George Wald warned that “civilization will end within 15 or 30 years unless immediate action is taken.” A scientist at the National Academy of Sciences said in Scientific American that the world would run out of lead, zinc, tin, gold and silver by 1990 and copper just after 2000.

Surprisingly, environmentalists continue to spout these predictions, apparently unfazed by the long train of failed predictions. In fact, the green industry has become a big business, thanks in large part to all the generous government grants it gets. Many people in academia, business and politics now have a vested interest in keeping the gravy train going.

And how do you get others to support you and pay for all those generous government grants, not to mention low interest loans and protective regulation? Frighten the public with doomsday warnings. Convince the average person that without the green industry, their world’s going to end.

Good Morning America. The End is Near!

Also helping the green gravy train along is big media. Good Morning America, for example, ran a show in 2008 that illustrated the warning that the earth was headed for apocalyptic disaster by 2015. It contained terrifying video footage of massive wildfires, flooding covering cars, glaciers falling apart, and a map of the water around New York City expanding to encompass much of the city. There were also shots of weather reports of high temperatures, with a voice reporting, “temperatures at dangerous levels.”  Diseased cornfields were displayed as the narrator ominously stated, “Agricultural production is dropping,” followed by photos of starving children in Africa. A carton of milk is shown to cost $12.99, and a sign for gas is over $9 per gallon.

If at First You Don’t Succeed, Demonize

We’re a year past 2015, of course, and the environmental apocalypse remains a disappointing no-show. How does the green movement soldier on? In order to get around their horrendous record of apocalyptic predictions, the green movement has gone on the offensive, derisively labeling anyone who dares to disagree with them as “climate change deniers.”  The association with Holocaust deniers is intentional.

The term “climate change” is itself devious. It is beautifully amorphous, a stroke of marketing genius really. It can mean almost anything, good or bad, And of course, the climate is always changing, regardless of man’s efforts. No one denies that the earth has a history of heating and cooling, from season to season, from century to century, and from age to age. Finally, the green movement has a prediction that is always coming true!

The Myth That the Polar Bear Population is Declining