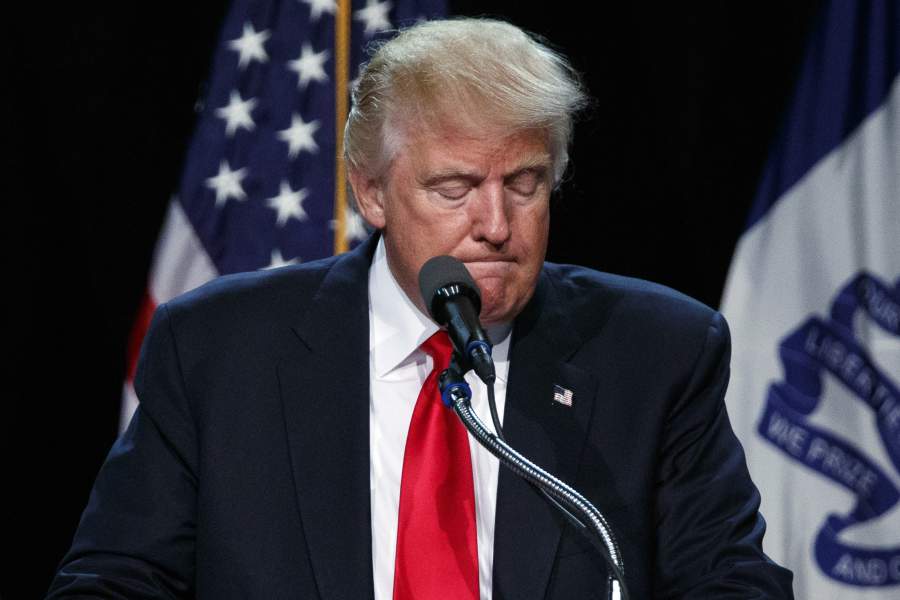 For many months now, critics of Donald Trump have asked his Christian supporters, “So, you heard about the latest scandal with your candidate? He’s a vulgar, immoral man. How can you possibly vote for him?” His supporters have responded: “Well, look at King David in the Bible. He committed adultery and murder, and God still used him. He was even called a man after God’s own heart! So, if God could use a man like David, he can certainly use Donald Trump.”

To be candid, comparing Trump to David is like comparing apples to Leer Jets — in other words, the two are so different that they’re not even in the same category — but that doesn’t mean that Trump could not learn a lot from David, especially at a time like this, when the Trump campaign is still reeling from the latest scandal, the video tape of Trump with Billy Bush.

But before I explain what David could teach Trump, let me emphasize how inapt the comparison is between them.

Just consider these words of David, written in the Psalms and see if you can imagine Donald Trump speaking them sincerely, let alone writing them: “The law of the LORD is perfect, reviving the soul; the testimony of the LORD is sure, making wise the simple; the precepts of the LORD are right, rejoicing the heart; the commandment of the LORD is pure, enlightening the eyes; the fear of the LORD is clean, enduring forever; the rules of the LORD are true, and righteous altogether. More to be desired are they than gold, even much fine gold; sweeter also than honey and drippings of the honeycomb. Moreover, by them is your servant warned; in keeping them there is great reward” (Ps. 19:7-11).

Or how about these words? “Vindicate me, O LORD, for I have walked in my integrity, and I have trusted in the LORD without wavering. Prove me, O LORD, and try me; test my heart and my mind. For your steadfast love is before my eyes, and I walk in your faithfulness. I do not sit with men of falsehood, nor do I consort with hypocrites. I hate the assembly of evildoers, and I will not sit with the wicked. I wash my hands in innocence and go around your altar, O LORD, proclaiming thanksgiving aloud, and telling all your wondrous deeds” (Ps. 26:1-7).

Shall I quote hundreds of other verses like this, verses which Trump has likely not even read his entire life?

I join many others in praying that Donald Trump would become a man after God’s own heart, but to compare him to David is to miss the point badly.

Second, David’s sin with Bathsheba, committing adultery with this married woman and then having her husband, Uriah, killed, was an absolutely horrific act, one for which he paid dearly. In fact, you could argue that his life was never the same after his sin. But it was the exception to the rule of his life, which is why Scripture said that “. . . David did what was right in the eyes of the LORD and did not turn aside from anything that he commanded him all the days of his life, except in the matter of Uriah the Hittite” (1 Kings 15:5).

In the case of Trump, ungodly behavior has been the pattern of his life, the rule rather than the exception, something for which he was known and of which he was proud. Again, the comparison breaks down dramatically.

Third, when David was confronted with his sin, he pointed no fingers, offered no justification and did not seek to minimize his guilt. Instead, he confessed his sin in the most humble, broken and contrite terms, pleading for undeserved mercy.

And this is where King David could teach Donald Trump a valuable lesson.

When the video comments were released over the weekend, Trump immediately tweeted out an extremely tepid “apology,” minimizing his guilt, attacking Bill Clinton and apologizing “if anyone was offended.”

This was extremely disappointing, since what matters now is not what he said and did more than a decade ago — is anyone really surprised by that? — but rather how he responds today. That is ultimately how he be will judged and how his supporters will evaluate his character.

A few hours after his tweeted “apology,” he issued a more substantial apology on video, repudiating his 11-year-old comments but still pointing a finger at former president Bill Clinton.

I would encourage Mr. Trump to get on his knees, all alone, to take out his favorite Bible, and to read Psalm 51 out loud. (Remember: This is the man who said publicly that he didn’t feel the need to ask forgiveness.) Let him read these words of repentance written by David after he was confronted by the prophet Nathan about his adultery and murder.

David pointed the finger at himself alone, stating, “Against you, you only, have I sinned and done what is evil in your sight” (Ps. 51:4), and he didn’t minimize his sin: “For I know my transgressions, and my sin is ever before me” (Ps. 51:3).

He also recognized how utterly polluting his sin was, pleading with God to cleanse him: “Wash me thoroughly from my iniquity, and cleanse me from my sin! . . . Hide your face from my sins, and blot out all my iniquities. Create in me a clean heart, O God, and renew a right spirit within me” (Ps. 51:2, 9-10).

Americans are a forgiving people, also tending to side with the victim, and given the media’s frenzied attacks on Trump now, he could easily be perceived as the victim rather than as the womanizing victimizer of the past — but only if he humbles himself deeply.

So here’s what he must do (maybe even in the debate tonight?). With heartfelt contrition, he must restate how utterly ashamed he is of his past transgressions, which he does not minimize or deny, he must say that he has asked God to forgive him, asked his family to forgive him and asked his supporters to forgive him.

Then he must reaffirm that although that is the man he once was — and he is ashamed of it — that is not the man he now is, as his family and friends can attest. And because he has done wrong in the past, he is the ideal person to do what is right in the future, having learned from his errors. He can be the poster boy of reformed behavior!

And he must do this without comparing his sins to the even worse sins of Bill Clinton and without, for the moment, talking about the campaign.

There will still be several weeks to promote his campaign agenda and, when he is criticized, to expose the media’s hypocrisy, covering for Bill Clinton (and Hillary Clinton) while crucifying him. But now, let him act in the spirit of Psalm 51. Whether he wins the election or not, he will be a better man for it, and the nation will be the better for it as well.

And David would surely tell him, “Whatever you do, don’t let pride dictate your actions. In this case, it could be the difference between the White House and a failed campaign, if not between life and death.”