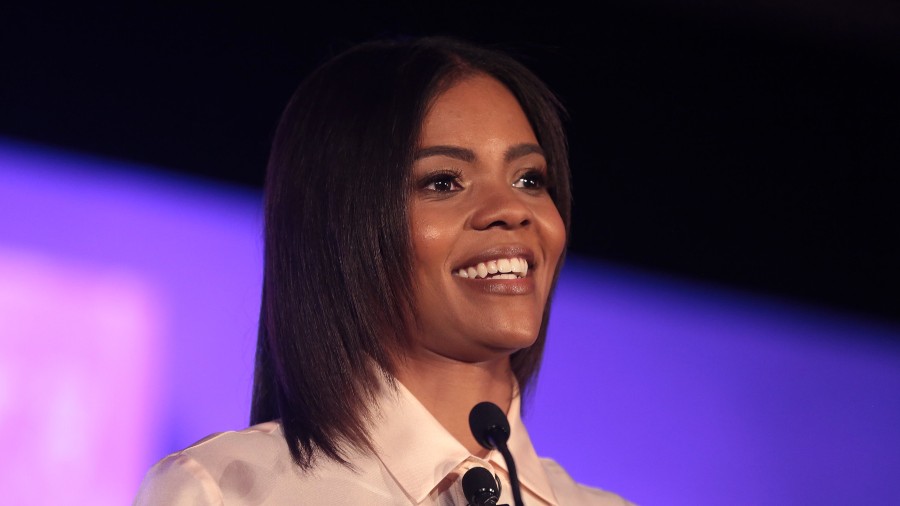 Let’s begin with an indisputable fact. What Kanye West, aka Ye, is saying about Jews is antisemitic. Why? Because “the Jews run everything” is pure libel. That’s why Jews are not paranoid in being deeply troubled by such sentiments. If widely believed, they will almost inevitably lead to persecution of Jews.

Now, let’s turn to the matter of Candace Owens. For the few who do not know who she is, Candace is a brilliant and charismatic black woman with a very large following. The Left hates her because she is a black conservative and, even worse, a supporter of former President Donald Trump. In the eyes of the Left, including the current president of the United States, Trump supporters (often referred to as “MAGA people”) are either out-and-out fascists or “semi-fascists.”

I have discussed Candace Owens because America needs this brave woman, and because the greatest threats to American Jews and Israel today come from the Left, threats that receive much less attention.

Owens started BLEXIT, “a movement to encourage black people to leave far-left, progressive policies behind.” She believes the Democratic Party has used blacks to gain and retain power, not to help them. By virtually every metric, Trump did more to help black America than the entire Democratic Party in living memory, not to mention non-living memory. The Democrats began as the pro-slavery party and morphed after the Civil War into the pro-Jim Crow party and the home of white racists. Later, with its social policies, the Democratic Party was instrumental in breaking down the black family, which, prior to Lyndon Johnson’s “Great Society,” consisted overwhelmingly of a mother, father and children living in the same home. To be precise, in 1960, 78% of black children lived in an intact home. Today, nearly three-quarters of black children do not.

In her attempt to lead blacks away from the Democrats, Owens befriended Kanye West, the best-known black rapper in the country. And indeed, Ye, as he is now known, became a Trump supporter.

Needless to say, the Democrats and the rest of the Left hate Candace. Democrats loathe every black individual who isn’t a Democrat, but blacks who convince other blacks to leave the Democratic Party are held in special contempt. And as with all those whom leftists hate, they do not debate, they smear.

In addition to “racist,” “homophobe,” “Islamophobe,” “xenophobe,” “transphobe,” “fascist” and “sexist,” “antisemite” is often used to smear opponents of the Left. For example, almost any time a non-Jew attacks George Soros, a man with no Jewish identity who is among the most destructive people ever to live in America, the attack is labeled “antisemitic.”

Even I have been labeled an “antisemite.” And I am a Jew who has devoted much of his life to the Jewish people. I may have brought more Jews to Judaism than any living Jew; co-authored with Rabbi Joseph Telushkin the most widely read English-language introduction to Judaism (The Nine Questions People Ask About Judaism) and a history and explanation of antisemitism (Why the Jews?); introduced hundreds of thousands of Christians to Judaism; taken thousands of Christians to Israel; wrote three volumes of a five-volume commentary on the Torah (The Rational Bible); and made (for PragerU) the most widely viewed pro-Israel video ever made. Yet, to cite one example, a left-wing writer at the University of Wyoming labeled me an antisemite when I went there to give a lecture.

Candace Owens has now been charged with antisemitism — for defending and not condemning her friend Kanye West after his antisemitic outbursts. Ideally, she would have. She could have said something like what Israeli Prime Minister Shimon Peres said about President Ronald Reagan when, during the Cold War, in a show of support for West German Chancellor Helmut Kohl, Reagan visited Bitburg, a World War II German military cemetery where 49 Nazi Waffen-SS soldiers were buried. Peres said, “When a friend makes a mistake, he remains a friend, but the mistake remains a mistake.”

I wish she had said something to that effect, and I hope she will, especially since Ye keeps upping the antisemitic ante.

But is Candace Owens antisemitic? It is sad that the question even needs to be answered. Here are some relevant facts.

She spent two years on the road with Turning Point USA as a staunch defender of Israel on college campuses. She flew to Israel to attend the opening of the American embassy in Jerusalem. She worked for Prager University, run by three committed Jews (I am one of them). Her longest and closest friend is a Jew. She and her British husband are donors to The Conservative Friends of Israel in the United Kingdom. Her father-in-law is the vice chairman of the Counsel for Christians and Jews. In the last five years, she has spoken at Jewish Community Centers four times. She has worked for the last few years for The Daily Wire, co-founded by Ben Shapiro, a yarmulke-wearing Orthodox Jew.

The Greatest Threats to American Jews and Israel Today

I have discussed Candace Owens because America needs this brave woman, and because the greatest threats to American Jews and Israel today come from the Left, threats that receive much less attention. How many of those who have rightly condemned Kanye West have spoken out about the Israel-hatred that prevails on most American campuses and frequently overflows into antisemitism? At the University of California, Berkeley, School of Law last month, student groups passed a resolution banning any pro-Israel speaker from speaking there. For the first time in modern American history, many Jewish students fear wearing a yarmulke or a Star of David on campus.

One final note to anyone inclined to subscribe to Kanye West’s sentiments:

Antisemitism destroys non-Jews, their societies and the antisemites themselves. Or, to put it another way, antisemitism leads to suicide as well as homicide. It is an immutable historical rule. After Spain expelled its Jews in 1492, that major world power went into a 500-year decline. If the world had heeded this lesson, it would not have dismissed the Nazis as primarily the Jews’ problem, and it would have confronted Hitler. It didn’t until it was too late. As a result, 50 million people, 44 million of them non-Jews, were slaughtered, and the lives of tens of millions of others were ruined. Germany, too, was destroyed. All because of antisemitism.