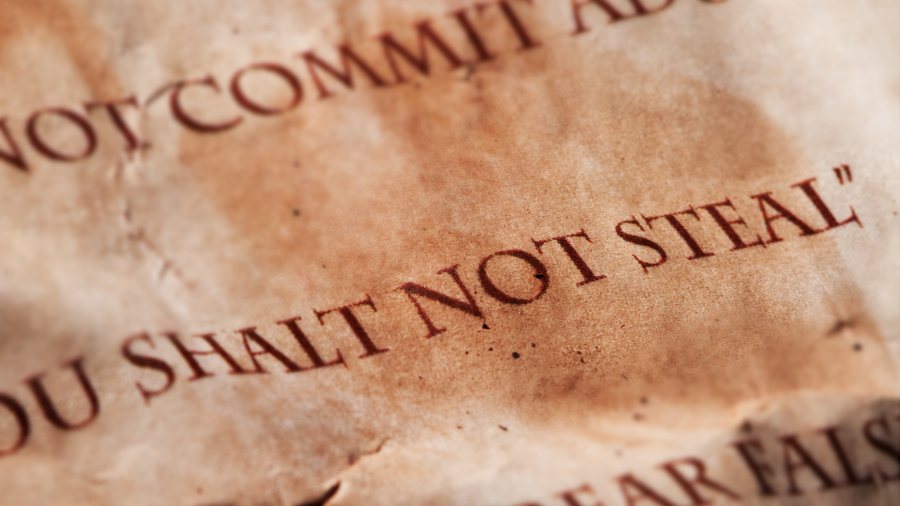 Since Christians believe the 8th Commandment, “Thou shalt not steal,” what should our response be to a stolen election?

With the recent premiere of 2000 MULES, a film based on extensive research by True the Vote and produced by the Salem Media Group, many Americans are seeing firsthand the undeniable and overwhelming evidence of extensive, multi-state voter fraud from the 2020 election. Once viewed, the reactions across the board are similar: first, anger that third-world vote-stealing shenanigans were pulled off right under our noses. Then, the question of what can be done about the theft involving the 2020 election — and going forward?

Many people don’t think we have a problem at all. They’re firmly in the camp that clings to the mantra, “the most secure election in American history.” But viewing 2000 MULES will snap open their eyes to the realization that the opposite is true, that the 2020 election was, to put it blithely, the “most stolen” in this country’s history.

If we work to preserve the freedoms “endowed by our Creator,” the country gets to live. If we don’t, the country fades away.

This heist was slow in coming. A fair number of well-meaning political pundits acknowledge that for a Republican to beat a Democrat in most races you start by assuming that the Dems will automatically have a two- or three-percent advantage in the fraud department. That’s a given, they claim. So, it follows that Donald Trump needed to beat Joe Biden by at least three or four percentage points if he had any hope of beating him at all.

But, even without the public examination of the notorious Hunter Biden laptop, 2000 MULES lets the cat out of the bag; we now know that Trump thoroughly trounced Biden in every one of the key swing states.

The Church Lost Its Way — and Its Influence

Perhaps a bit of backtracking will help us address this dilemma.

We arrived at such a sorry state of affairs here in America in large part due to the Church taking a backseat on key issues over the past several decades. And we’re not just talking about caving or remaining silent (or outright welcoming) an anti-biblical agenda in a host of fields. These include abortion; the LGBT agenda, now encompassing transgender mutilations; and kowtowing to the obviously racist “anti-racism” blather, like Critical Race Theory and the 1619 Project.

Many people identifying as Evangelical Christians have a “problem” with voting altogether. So, a secure voting system isn’t even on their radar. When it comes to election day, they take for granted that someone else with good and right intentions is watching over the process. (Original sin, anyone?)

And there’s also a swath of Christians who believe that “God is in charge.” In other words, God’s sovereign will shall be done no matter what they do, vote or not. Their primary focus is to pray and be nice so as not to “spoil their witness.”

Praying should be a priority and default mechanism regarding all issues for a Christian, no argument there. But “being nice” is the fake 11th Commandment, which Voddie Baucham points out can be disastrous. It means you don’t want to ruffle feathers or be seen as an oddball or counter-culture ninny because then no one will listen to you, take you seriously, or even give you a fair hearing — which, by extension, would not allow you to have even the slightest influence, Christian “witness” or not.

This sort of thinking and timidity is why the Church lost its way during the past several decades, and consequently its influence over so many crucial issues related to true freedom.

Christians standing on the sidelines, keeping their godly powder dry, may be doing so in the belief that since God is ultimately in charge, whatever happens happens. But have they missed the point that is clear from one particular doctor/patient joke?

After finishing a full examination of a patient, the doctor conveyed the bad news, “You’re in terrible shape. But I’m going to prescribe medication that will get you well.”

The patient shook his head and said, “Doctor, I’m a Christian and I believe in predestination. My life is in God’s hands, and it’s up to Him whether I live or die. So, I’m not going to take the pills.”

And so it is with our country. If we work to preserve the rights “endowed by our Creator,” the country gets to live. If we don’t, the country fades away.

‘For Such a Time As This’

So, what can a Christian do?

Maybe, like Israel’s Esther, like England’s William Wilberforce, like Germany’s Dietrich Bonhoeffer, each of us was born “for such a time as this” in America. So, we should without fear be bold, get involved, learn the truth and fight for it. Watch the movie at 2000MULES.com, learn the truth. Go to TrueTheVote.org and discover the many ways you can be of service to your fellow Americans. Share what you know.

And if you need further reasons to spend an hour and a half considering the evidence in the film, think about this.

One Salem Radio host, Sebastian Gorka, consolidated the rationale of a stolen election. He said that those on the Left were thoroughly convinced (and spent over four years trying to convince the rest of us) that Donald Trump was Hitler. If that were so (even if it were just a sincerely held belief in many of their minds), why would they just sit back and allow this modern-day Hitler who has mesmerized the voting masses, to just waltz right into a second term? No, they’d use every apparatus at their disposal (i.e., drop boxes and “mules” and early voting) to “save democracy.”

See the movie. Think critically about what you see. Get involved. Ask yourself, if the opposite were true and Donald Trump and his team had done what you saw, would the press suppress it? Would the Democrats? Would you?

We certainly won’t all agree on the next step to restore our nation to consent and rule by “We the People,” but it’s worth beginning the conversation.

The 6th Commandment, “Thou shalt not kill,” motivated good-hearted people to peacefully reverse the abortion mistake in this country. Perhaps “Thou shalt not steal” will provide a similar rallying cry.

This piece originally appeared at American Greatness. It is republished by permission.

Albin Sadar is the producer of The Eric Metaxas Show, heard daily coast to coast on over 300 radio stations on the Salem Radio Network.