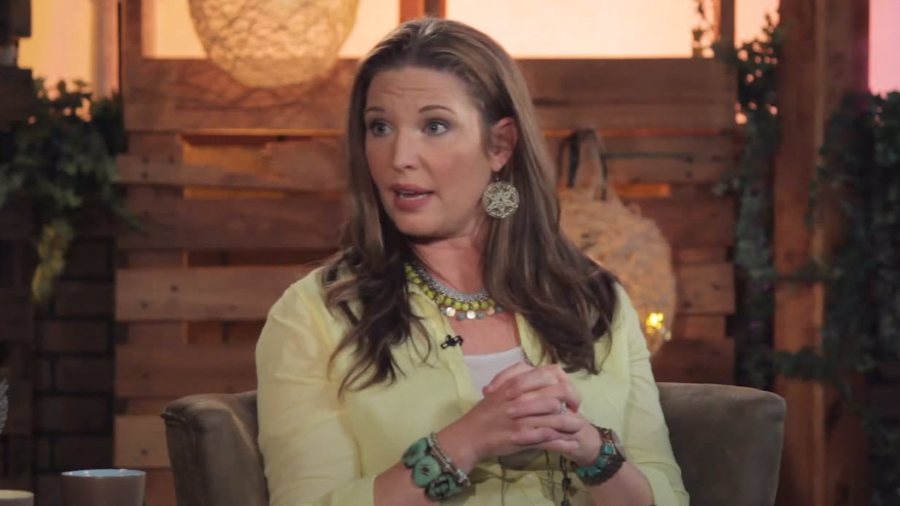 I first became familiar with Jen Hatmaker in 2016 when she and her husband announced that they had shifted their views on LGBTQ issues. It was then that I learned how popular she was as an evangelical Christian author. This made her departure from the Word of God on this crucial subject all the more tragic.

Because I heard that she and her husband Brandon had read my book Can You Be Gay and Christian? while studying the relevant issues, I wrote an open letter to them, dismantling some of their arguments and appealing to them to reconsider. That was in November 2016.

I also gave them this warning, in love, writing:

it won’t surprise me in the days to come if: 1) in times of conflict between the church and the LGBT community, you consistently take the side of LGBT’s, even siding against your brothers and sisters in the Lord; 2) you embrace more and more aspects of gay activism, including transgender activism; 3) you begin to broaden your circles of fellowship, embracing more liberal ‘Christians’ who deny key aspects of the historic faith; and 4) if I’m right about the first three, after a number of years — perhaps even a decade or more — in the name of ‘grace,’ you will begin to inch towards a form of universalism. At the very least, in the name of ‘grace,’ your congregational standards of holiness will soon be compromised.

Yes, she said, “The fruit of the ‘Nashville Statement’ is suffering, rejection, shame, and despair.” And this from a respected author and mother of 5 who still professed to be a committed Christian.

For the record, the Nashville Statement affirmed that marriage was the union of one man and one woman and stated that, “Our true identity, as male and female persons, is given by God. It is not only foolish, but hopeless, to try to make ourselves what God did not create us to be.”

Yet these values were now considered destructive by Hatmaker. What on earth was going on? (Now would be a good time to go back and read the warning I had issued just 9 months earlier, quoted above.)

“Once You Embrace the First Lie”

In response, I wrote another article, ending with these words, “The very sad fall of Jen Hatmaker, for whom we pray, is a striking illustration of the power of spiritual deception. Once you embrace the first lie, it’s much easier to embrace the other lies, which get bigger and uglier by the day.

“May God awaken those deceived by LGBT theology, and may He strengthen those who are taking a stand for biblical truth.”

Sadly, since then, the Hatmakers have divorced, their oldest daughter came out as gay, and Jen has dropped out of church.

That’s why I warned her back in 2016. She is following the inevitable trajectory, and those who drift from biblical standards on homosexuality will do so on abortion as well (or vice versa). I have witnessed it for decades.

Abortion is a choice women make for endless personal reasons including the health of the mother, the health of the baby, rape, incest, viability, financial instability, a dangerous home environment, lack of help, and of course reasons that are theirs alone…as are their bodies.

“This is intensely personal and private, and women deserve agency and choice not only with their bodies but over the decision to parent for the rest of their lives. Anti-abortion advocates have every right to their convictions, but those convictions should only apply to their bodies, their families, and their futures.

But why confuse facts with feelings? After all, the biblical witness about the humanity of the child within the womb doesn’t matter. It is the spirit of the age and a misguided compassion that carries the day.

This is the inevitable shift that takes place once the Word of God is no longer the standard.

Hatmaker even speaks of “reproductive rights,” another pro-abortion talking point that has no connection to reality. (No one is telling a woman she cannot reproduce. We are telling her and her doctor that they should not kill the baby in her womb.)

But for Hatmaker, though, the opposition to Roe is largely a matter of “political theater.” As she wrote:

if this rabid energy [yes, she describes your passionate concern for the baby in the womb as ‘rabid energy’] was genuine if it had any integrity, it would come baked in with the fiercest and staunchest advocacy for free birth control, comprehensive sex education, maternal health care, paid maternity leave, subsidized child care, affordable housing, marriage counseling and family support systems, guaranteed food security, victims’ rights for all the rape and incest survivors forced to carry their abuser’s baby, subsidized medical care for all the women forced to carry a baby to the detriment of their own health or that of their baby, life insurance for the families whose mothers died in forced childbirth, and every conceivable support for a mother, baby, and family from birth until forever.

Of course, not a human being or organization on the planet, whatever their position, could provide all this for every woman. And Hatmaker is basically saying that unless you can do everything for everyone that is in any possible way affected by your views, you should do nothing. If that were the case, we would still have slavery and segregation in America.

May God Grant Her Repentance

None of this, however, matters to Hatmaker today, as she has rejected God and His Word, regardless of what she may profess to believe. That’s why it is no surprise that the words “Bible” or “God” or “Christian” or even the name of “Jesus” do not occur once in her pro-abortion blog. She has left them far behind.

To say it again: we warned her in advance.

May the Lord grant her repentance!