It’s a Kangaroo Court, and Adam Schiff is Captain Kangaroo 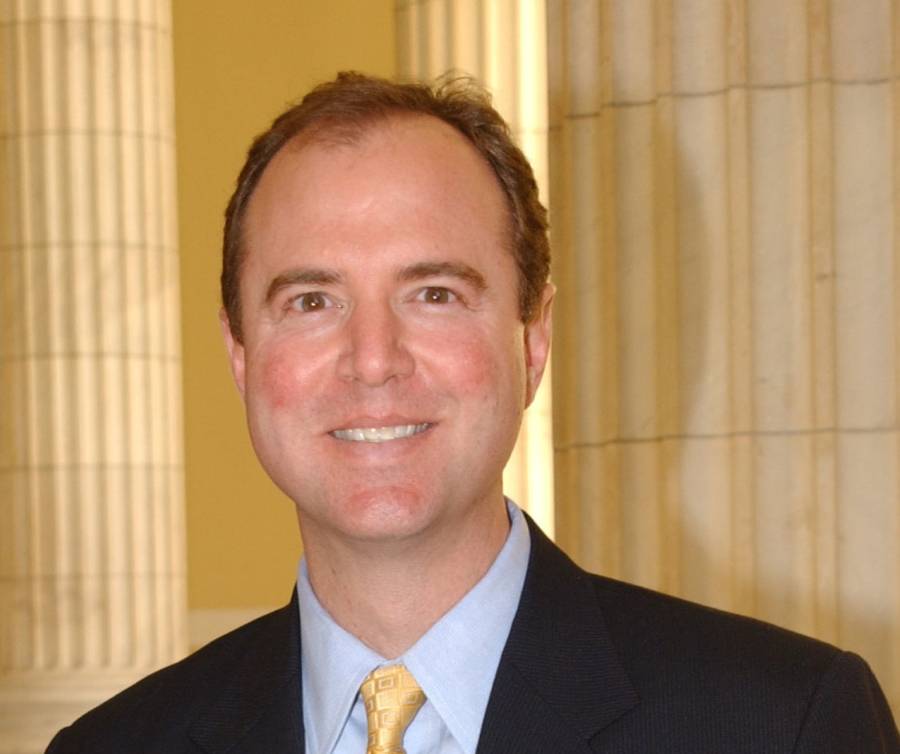 There will be no compliance, the letter said, unless the House makes it official by holding a full floor vote to approve such an inquiry and unless basic principles of due process and separation of powers are followed. The letter states that “this is “an unauthorized impeachment inquiry that conflicts with all historical precedent…”

“Consistent with the duties of the President of the United States, and in particular his obligation to preserve the rights of future occupants of his office, President Trump cannot permit his Administration to participate in this partisan inquiry under these circumstances.” The White House will be providing no witnesses, no documents, no kidding.

“Perhaps”?? Here Cipollone is a master of understatement. But his letter is magnificent; you’ll want to read the entire thing, all eight pages ...

Note in particular the quotes from none other than Jerrold Nadler (on pages 5-6, also footnote 5 on page 3), who has certainly changed his tune since Trump was elected. Likewise, the House Intelligence Committee as led by Adam Schiff seems to be making up its own rules, breaking with precedent set by history’s other cases of impeachment.

Both sides are supposed to have the ability to gather and present evidence, and that’s not happening here. Unbelievably, Trump’s side doesn’t get to put evidence into the record or to call or cross examine witnesses. The so-called “whistleblowers” are being used anonymously and might testify in secret. Democrats conduct hearings behind closed doors so they can cherry-pick what they want to leak.

They also demand communications between Trump and his personal lawyer Rudy Giuliani, as if attorney-client privilege did not exist.

Ranking House Intelligence Committee member Devin Nunes said it best: “…As someone who has been in all these meetings, I think it was described today as a ‘kangaroo court,’ and that’s probably being nice.”

‘Kangaroo court’ sums it up perfectly. In fact, I have a new name for Adam Schiff: let’s call him ‘Captain Kangaroo.’ I’m pretty confident Democrats will “’roo” the day he convened it.

But for now, they’re thinking they have no choice but to move full-speed-ahead on impeachment or something, as the expression goes, “close enough for government work.” They’re scared to death of what U.S. Attorney John Durham’s investigation into the origins of the “Trump/Russia” counterintelligence investigation is going to turn up. That’s even more so as of Tuesday, when we learned that Durham’s investigation has been “expanded” in scope.

As reported by Fox News, “Mr. Durham has expanded his investigation and is adding agents and resources, according to multiple senior administration officials.”

Whereas it was originally set up to investigate from the beginning of the probe through Election Day, it has now been extended, based on Durham’s findings up to this point, from spring of 2016 through spring of 2017, the time when Robert Mueller was named special counsel by deputy Attorney General Rod Rosenstein. (An appointment that is also undergoing greater scrutiny). That time period would include the January 5 Obama White House meeting with intelligence officials about “Trump/Russia,” Comey’s post-election briefing of the President-elect at Trump Tower on one of the most salacious aspects of the Steele “dossier,” the leaking of that story to CNN and the decision to name a special counsel.

Of course, Durham’s investigation has also gone international, with information-gathering that took both Durham and Attorney General William Barr to the U.K. and Italy and put them in contact with Australian authorities. It’s outside the U.S. that our own spies could most easily circumvent laws to spy on Americans.

Former CIA Director John Brennan has said he doesn’t understand the “predicate” for this investigation into actions taken by our own intel community, but he is lying. He knows good and well what it is. We can start with the warrant that was fraudulently obtained by the FBI — and renewed three times — to spy on associates of Trump’s campaign.

Investigative reporter Catherine Herridge says that, based on her two decades of experience covering intelligence and law enforcement, the expansion of Durham’s probe indicates to her that he has likely found evidence of criminal wrongdoing. “By reputation,” she says, “Durham is not a prosecutor to ask for more help if there is simply no ‘there’ there.”

Her Fox News colleagues Bret Baier and Jake Gibson also reported that, contrary to what Mueller has said, he was vying (unsuccessfully) for the FBI director position — left open by Trump’s firing of Comey just a week earlier — when he met with Trump in 2017.

It’s as we thought: Mueller was appointed to investigate the man who had passed him over for that position. Normally that would not be happening. It’s just too big a conflict of interest. He interviewed for the job of Trump’s FBI director after he had already confirmed with Rod Rosenstein that if he didn’t get the job, he would be appointed special counsel to investigate Trump (!).

The Senate Has Clean-Up Work to Do

Regardless of the mess the House is in, the Senate is in a position to do some cleaning up. Thankfully, Lindsay Graham, chairman of the Senate Judiciary Committee, has invited Giuliani to testify before Congress about his work on behalf of his client, investigating Ukraine’s role in our 2016 election.

(Note: regarding Ukraine, investigative reporter John Solomon has brand new developments on the investigation into Burisma Holdings, the company that put Hunter Biden on its board of directors and paid his firm perhaps as much as $220,000 a month; we’ll take this up in detail tomorrow.)

Keep in mind, one reason for all the screaming coming from the left in Washington — and this phony “impeachment” — is that Inspector General Michael Horowitz’s report on FISA abuse is reportedly coming out October 18. We complain about the delay, but the reason it has taken so long is no doubt that new information just kept turning up.

In the meantime, it’s good to know that Trump and his attorneys are pushing back — hard.

‘15 Days to Slow the Spread’: President Issues New Guidelines for All Americans to Follow