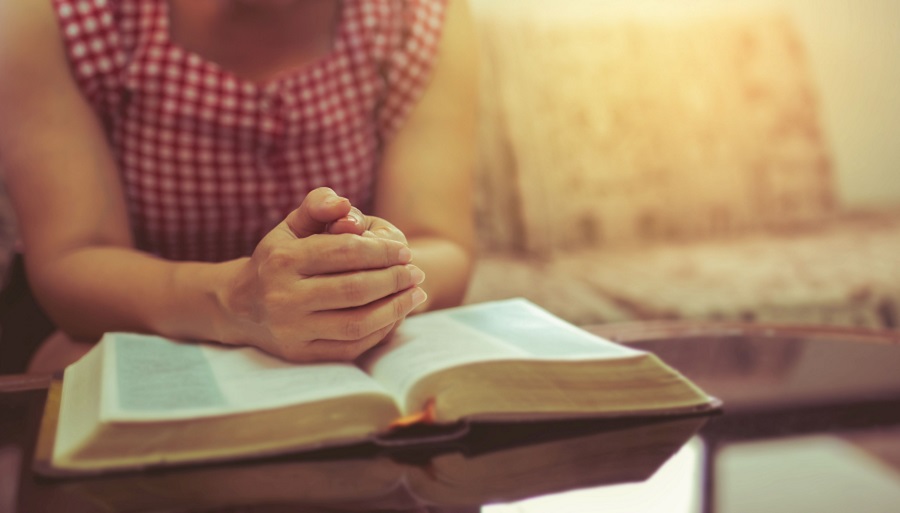 This has been a very difficult year, following on the heels of another very difficult year, as the whole world seems to be in turmoil. Nothing seems certain, and every day brings a new, temporary normal, only to be eclipsed by the next new normal, which is really not normal at all.

Life feels so unstable, and tomorrow — who can even think about tomorrow when today is so hard to navigate?

And even for those still enjoying life in the midst of the current craziness, can they be sure they will be safe from the next COVID variant? Perhaps they really do need to get vaccinated to preserve their health. Or is the vaccination the very way to endanger their health?

The Takeover of Afghanistan

Then there are the disturbing events from the around the world, most recently, the takeover of Afghanistan by the Taliban.

Hearing reports from those who were able to get out (including some international Christian workers) is deeply disturbing. Seeing pictures taken from inside the departing airplanes, with people hanging on to the planes is even more disturbing.

And how do we respond to stories like this? “Human remains were found in the wheel well of a U.S. military aircraft that departed Kabul on Monday as hundreds of Afghans scrambled towards the plane seeking a way out. It was the same plane featured in viral videos of Afghans clamoring to get on board.”

Then there are the reports of young women being stolen from their homes to be sex slaves of the Taliban. And of person to person searches of cell phones, with the Taliban killing anyone found with a Bible app. Can you go on with your day knowing this is taking place?

The U.S. is Immune to Horror Stories Here

Back here in the States, we’re almost too immune to the ongoing litany of horror stories from our nation’s cities, such as, “Sixteen people were shot Wednesday in Chicago, including three men who were wounded in a shooting in Grand Crossing on the South Side.” Among those shot was a 7-year-old boy.

And dare I say that I’m barely scratching the surface of the chaotic condition of our world today?

But there’s a real silver lining in the midst of the pain and disorientation: It is at times like this that the kingdom of God makes mighty advances.

The Kingdom of God Advances

It is also at times like that God’s people are on the front lines, serving the hurting and the poor, bringing hope and life and encouragement, getting down in the trenches of real life struggles and showing a better way.

And it is at times like these, when there is often a great price to pay for our faith, that we begin to take our faith more seriously.

That’s why, in countries like Iran, in the midst of an oppressive Islamic regime and economic and social insecurity, the underground Church is multiplying in unprecedented numbers.

That’s also why the underground Church grew and multiplied when the Bamboo Curtain fell in China under Chairman Mao. It was a time of hellish suffering and persecution, but also a time when more Chinese became Christians than any previous era in history.

That’s why the upheaval of the counterculture revolution in the 1960s and 70s in America (and beyond) paved the way for the Jesus People Movement, resulting in countless tens of thousands of hippies, radicals, and rebels coming to faith. They were looking for something more. (As I always say at this point, I was one of them!)

And that’s why I’m hearing reports from pastors all over the nation that they are seeing unprecedented growth in their midst, including a flood of new converts.

The Unshakable Will Remain

It’s all based on the simple principle that, as everything shakes around us, only that which is unshakable will remain.

As Hebrew states, quoting some verses from the Old Testament, ““Yet once more I will shake not only the earth but also the heavens.’ This phrase, ‘Yet once more,’ indicates the removal of things that are shaken — that is, things that have been made — in order that the things that cannot be shaken may remain. Therefore let us be grateful for receiving a kingdom that cannot be shaken, and thus let us offer to God acceptable worship, with reverence and awe, for our God is a consuming fire.” (Hebrews 12:27-29)

So, let us seize this moment of massive uncertainty in America and the world — politically, socially, economically, racially, physically, morally, spiritually — and let us bring the message of an eternal, unshakable kingdom, boldly proclaiming Jesus as Lord.

And let us take hold of this promise personally: though everything shakes around us, as we put our trust in the Lord and honor Him with our lives, we will never be shaken (see Psalm 112).

On with this holy revolution.