Is There Redemption for Jon Gruden? 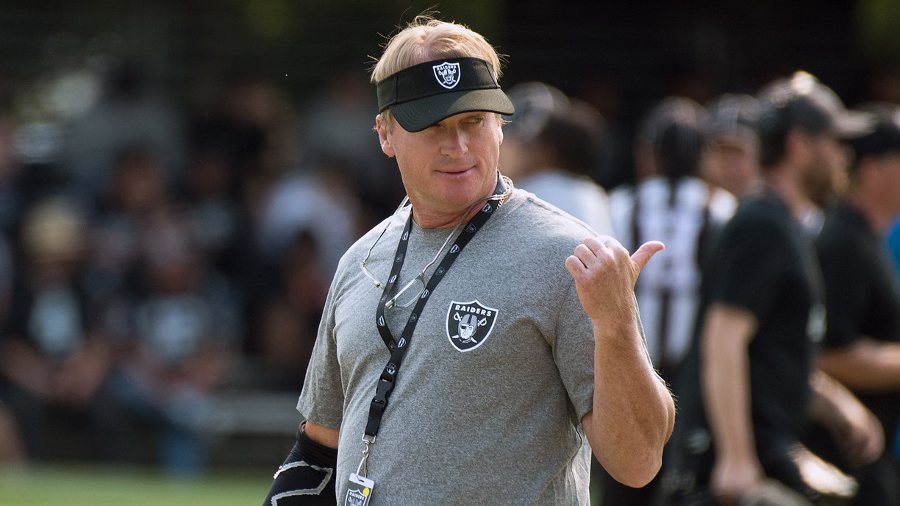 Jon Gruden was a highly respected figure in the National Football League for more than 20 years, both as a coach and a commentator. In fact, his services were so desired that, in 2018, he signed a 10-year, 100-million dollar contract to coach the Oakland (now Las Vegas) Raiders football team. But today he is disgraced after some of his emails as old as a decade were disclosed containing allegedly racist, homophobic, and misogynistic content.

Is there a path of redemption for him?

Gruden not only resigned from his lucrative job (he really had no choice but to do so). His name was also removed from the Tampa Bay Buccaneers’ Ring of Honor, which recognized him for leading them to a Super Bowl victory in 2003.

As the team explained, “The Tampa Bay Buccaneers have advocated for purposeful change in the areas of race relations, gender equality, diversity and inclusion for many years. While we acknowledge Jon Gruden’s contributions on the field, his actions go against our core values as an organization. Therefore, he will no longer continue to be a member of the Buccaneers Ring of Honor.”

As Jacob (James) wrote, “judgment without mercy will be shown to anyone who has not been merciful. Mercy triumphs over judgment” (James 2:13).

Not only so, but AP News reported that, “Jon Gruden is being dropped from the Madden NFL 22 video game after he resigned as coach of the Las Vegas Raiders because it was reported that he used racist, homophobic and misogynistic language in emails.” May the very image of Gruden be banished!

That, of course, is the typical reaction of today’s cancel culture, one that is virtually devoid of paths for redemption and restoration. Is there a way back for Gruden?

Does Our Society Offer Redemption?

To be clear, I fully concur that racist comments should be denounced, that the “f” word for gays should never be used, and that there is no place for misogyny in the NFL or elsewhere.

To the extent that Gruden’s emails crossed these lines, even though they were from as long as ten years back, he must take full responsibility for them.

His short, public statement was a start, but only a start: “I have resigned as Head Coach of the Las Vegas Raiders. I love the Raiders and do not want to be a distraction. Thank you to all the players, coaches, staff, and fans of Raider Nation. I’m sorry, I never meant to hurt anyone.”

On the other hand, if he is being labelled homophobic because he objected to the NFL pressuring a team to draft a gay player, that’s a whole other story. There are perfectly legitimate reasons for holding to that position that have nothing to do with homophobia.

As for his alleged racism, it is significant that not a single black player or coach or colleague who worked with Gruden over the decades accused him of racism. Not one. In fact, the picture being painted in the emails is very different than the picture of Gruden that they knew. Could it be that things are being blown out of proportion?

What Did He Say?

According to the New York Times, Gruden “had casually and frequently unleashed misogynistic and homophobic language over several years to denigrate people around the game and to mock some of the league’s momentous changes.

“He denounced the emergence of women as referees, the drafting of a gay player and the tolerance of players protesting during the playing of the national anthem, according to emails reviewed by The Times.”

So, without seeing the actual content of the emails, we don’t know if his comments were extremely ugly and vile — and therefore inexcusable — or if they were more like spicy locker-room talk, inappropriate and opinionated, but hardly damnable. And, for example, if he didn’t speak of women in degrading terms, is it the end of the world that he didn’t like the idea of female referees?

What Can He Do to Receive Grace?

Since we still don’t have all the details, let’s say that the worst case scenario is true and that Gruden’s emails were really atrocious. Should he be banned from the NFL and tarnished for life? Should he be forced to attend sensitivity classes and then grovel for years, becoming a champion, say, of gay football players?

In today’s culture, the brutal answer is that there may never be a path back for Gruden. As a commenter noted on my Twitter page (where I raised the issue of possible redemption for Gruden): “No, there’s no grace extended in this world, all the way back to your youth.”

Cancel culture knows nothing of redemption.

In my view, this would be the way to make things right and move forward (although I’m fully aware that the left in particular would reject this as utterly insufficient).

What He Should Say

Grudem should say, “I take full responsibility for my ugly, demeaning words, and I make no excuses for them. I apologize with all my heart, and I ask forgiveness from all those I have offended, especially blacks, women, and gays. I also have met with key individuals involved to apologize to them face to face and to ask forgiveness, and I assure you that all of this has deeply sobered me, even though these emails were from roughly 10 years ago.

“But please talk to anyone who has been on my staff or played for me over the decades. Ask them if I have ever acted inappropriately with them or if I ever made them feel uncomfortable because of their race or sex. Ask every black or female employee of mine over the last 20 plus years, along with my circle of closet friends and co-workers, probing them as to whether I am racist or misogynist or homophobic. You will see that the consistent answer is no.

“So, I ask you to forgive me for these ugly emails and to understand that I am not the man I am being portrayed to be. In that light, I ask for a second chance, believing that I will be worthy of your trust.

“And as a token of my real, heartfelt repentance, I’m donating one year of my salary to appropriate humanitarian and charitable causes, putting my money where my mouth is.

“Thank you for your love and support and forgiveness.”

Of course, I don’t know Jon Gruden at all. He may be a first class guy. Or he may be a real lowlife. And, once again, we haven’t seen all the emails. So, I’m not downplaying what he did and I’m not claiming he was a saint. Perhaps he’s more guilty than we imagine.

But I simply write this to remind us that forgiveness and redemption are very dear to the heart of God, which is also why Jesus warned us that we will be judged in the same way that we judge others (Matthew 7:2). As Jacob (James) wrote, “judgment without mercy will be shown to anyone who has not been merciful. Mercy triumphs over judgment” (James 2:13).

Let us always do our best to make room for mercy.