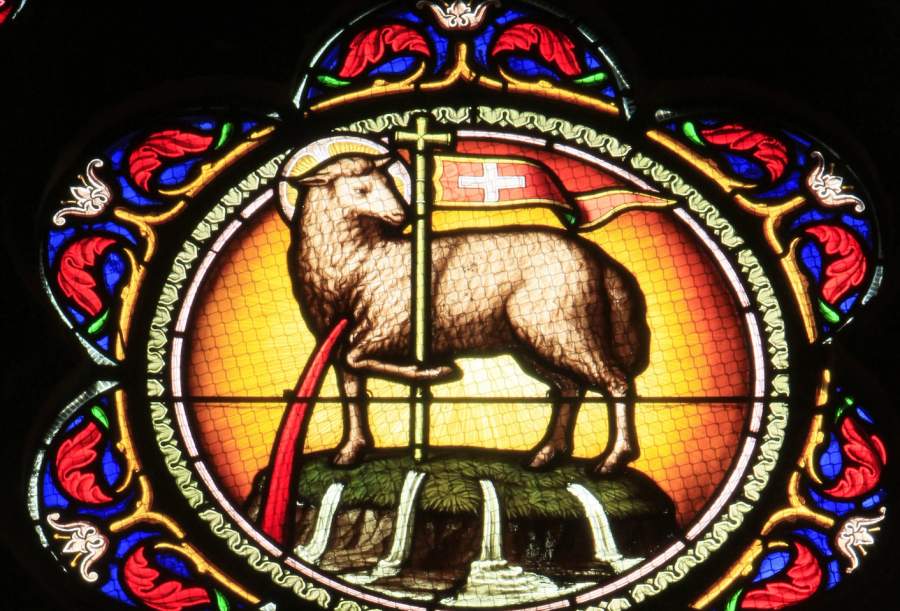 A few days back I had a startling realization. I saw with sudden clarity why “Woke” white people crowd behind movements that cancel and blame them. Why they seem eager to saddle themselves and their children with inexpiable guilt for nebulous, unproven crimes. Why privileged whites prove much less skeptical of the Marxist cult Black Lives Matter than most black Americans seem to.

These people aren’t just engaged in a masochistic frenzy. Or atoning for “racism” they never practiced to make up for sins which they really committed. (I.e., abortions, broken marriages, or other evils society forbids us to acknowledge.) We’re way beyond virtue-signaling here. Read the following report of the latest religious outburst in Seattle.

The City of Seattle held a segregated training session for white staffers last month in which they instructed workers on how to ‘undo their whiteness’ and affirm their ‘complicity in racism’, reports suggest.

Titled ‘Interrupting Internalized Racial Superiority and Whiteness’, the training session was reportedly held by the Office of Civil Rights on June 12, the same day protesters took part in the CHOP zone demonstrations in the Capitol Hill district.

Christopher F. Rufo, an editor for City Journal and director of the Discovery Institute’s Center on Wealth and Poverty, unearthed the session’s existence after filing a Freedom of Information request last week, which was approved Monday.

One handout distributed in the two-and-a-half hour session reportedly read that ‘racism is not our fault but we are responsible.’

Another said white staffers must give up ‘the land’ and their ‘guaranteed physical safety’ in order to be an ‘accomplice’ for racial justice.

‘We’ll examine our complicity in the system of white supremacy – how we internalize and reinforce it – and begin to cultivate practices that enable us to interrupt racism in ways to be accountable to Black, Indigenous and People of Color (BIPOC) folks within our community,’ the email continued.

He said that first of all ‘diversity trainers informed white participants that “objectivity,” “individualism,” “intellectualization,” and “comfort” are all vestiges of internalized racial oppression.’

You’ll find the same Gnostic jargon in the overnight bestseller White Fragility, written (of course) by an upper middle class white woman. It’s coming soon to an HR department near you.

No, this isn’t all an act. It’s a charismatic happening, a perverse but powerful Great Awokening that really does reflect the movement of spirits. Just not the spirits we’d want to confront without an exorcist at our elbow.

In case you forgot him, as Black Lives Matter and its advocates really have, none of this has anything whatever to do with poor George Floyd. Or with the real lives or deaths of any black people on earth. They just serve as the pretext for a mighty conversion experience. That’s why the same whites who flog themselves figuratively or literally over “systemic racism” don’t flinch at the huge spike in black deaths by crime. Or Black Lives Matter’s support for Planned Parenthood, which targets blacks for abortion. Or even the obvious impact defunded police will have on the poorest, least safe communities.

The Woke don’t expect such scruples of “lesser breeds without the law.” They only impose the “white man’s burden” of self-sacrificial guilt as a kind of cross. One to be carried by a white savior, which they already secretly worship.

Blacks have done their part and may now step aside. It’s for white activists and white participants to get on with the real task at hand: Turning the white race itself, and its countries and cultures, into a vast Christ figure which can be scapegoated, sacrificed, then fetishized and worshiped.

Whatever principalities and powers are driving them have taught Woke whites to hijack the figure of Jesus. And then to apply His unique characteristics to “whiteness” and whites. They look at whites collectively as a mystical body of Christ. That’s why they saddle it with unearthly, messianic expectations, which they’d never ask of Han Chinese in China or Hutus in Rwanda. They demand that Swedes and Germans, in their own countries, detest their own culture and heritage. And fund their own dispossession by poor, assertive immigrants.

The Woke expect white Americans to live in unending shame for our ancestors’ conquest of this continent. Do they make similar demands of ethnic groups that conquered other continents? Does it even cross their minds to criticize Arabs for overwhelming dozens of nations and imposing Islam on a third of the world? Or operating a slave trade well into the 20th century, kidnapping millions of women sold as prostitutes?

Do Woke whites agonize over the two million Uighur Muslims suffering in Chinese concentration camps, making Nike sneakers? Getting cannibalized for lungs and livers by the regime’s organ thieves? Were these Woke folk concerned about the systematic rape and trafficking of Yezidi and Christian girls and women by ISIS? Do they care about the black lives of Nigerian Christians today being held by Boko Haram?

The White Man’s Burden: A Cross

Of course not. The Woke don’t expect such scruples of “lesser breeds without the law” (see Rudyard Kipling). They only impose the “white man’s burden” of self-sacrificial guilt as a kind of cross. One to be carried by a white savior, which they already secretly worship.

You don’t expect unearthly perfection, suicidal self-sacrifice and preternatural meekness of a merely human race. No one would march Barabbas up Golgotha and expect him to remain meek and mild. Or pray for his persecutors as he hung from four nails and bled. No, by their very willingness to crucify their race, to heap up abuse and shame on it, they propel whiteness on to its final, paradoxical victory on the cross. Its death will vanquish evil, and set the whole world free.

The White Race, Lord of History

By renouncing the right to self-defense, self-respect, or even existence, the white race will have proved that it is something more than human. That’s it’s in fact a second Christ. Even as white countries slip away, its spirit will conquer the world. It won’t be Arab Islam, or African Christianity, or even Chinese Communism that dominates the future. These people think Woke white ideology will sweep the entire world. They’ll have built up for the future a Mystical Body of Whiteness, with members of every color converted to its creed.

That’s what we’re facing people. The word for it is Antichrist. Don’t speak the prayer to it which Caesar and Mammon demand of you. (“Black Lives Matter,” incanted like a spell.) In fact, get busy blaspheming it, while you still have the freedom to.

For Part I of this analysis see this column.