‘Woke’ Whites Want to Make Their Own Race the Suffering Savior, Then Worship It: Part I 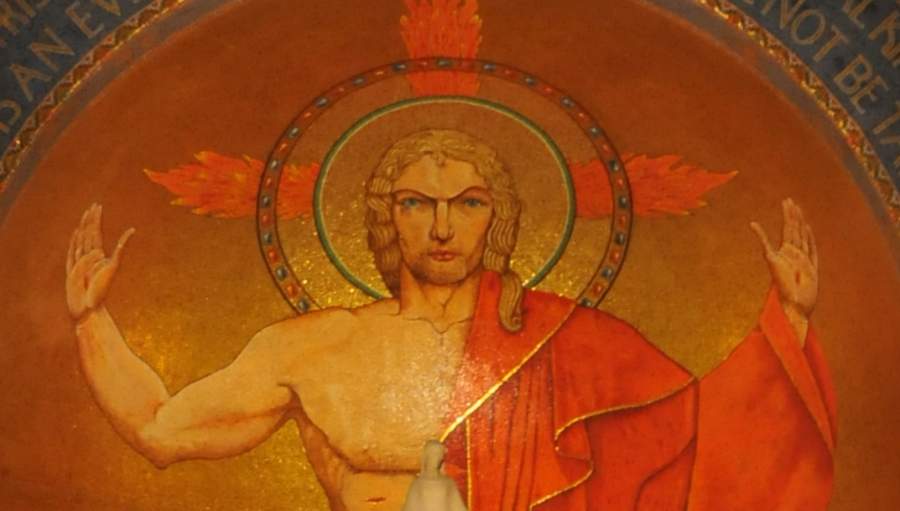 I’ve written on this here before. Anti-Racism is a new, post-Christian religion. And it’s being imposed on us with persecutory force by the combined weight of Caesar, Mammon, and Sodom. Violent mobs of its zealots now gather to threaten its critics. Police will not protect them.

You must recite this new faith’s Shahada, its formula of conversion, using exactly the right words, with no alteration. You must breathe the trademarked name of the Marxist cult “Black Lives Matter.” Don’t add or subtract any words, or you’ll get accused in our new witch-trials, and hunted as a heretic.

This new cult apes the structure and psychology of Christianity. In fact, it lives parasitically by colonizing the consciences and sentiments of people formed by a Christian culture who lack supernatural faith. For my full-length, academic analysis of that (attention pointy-heads!) see this piece. More briefly, I wrote 18 months ago:

This creed offers salvation even to the worst of sinners, straight white males. The price is steep: a life of self-denial and penance. But for those who walk this path, rewards await. You can attain justification. Not by your own efforts — but by the righteousness that suffering, innocent victims (non-straights, non-whites, non-males) can impute to you. As an “ally” of the less privileged, you earn the same right to despise the mass of oppressors. And feminists will date you, for whatever that’s worth.

No Redemption without a Redeemer

But something crucial was missing from my analyses. The jigsaw puzzle yawned with a huge gap at its center. The power of Christianity comes of course from the person of Christ. It was only His death and subsequent resurrection that energized the apostles to walk off and convert the world. To spread the Gospel from Rome’s teeming cities to the mountains of Ethiopia, from the valleys of India to the steppes of Central Asia, in just a few centuries. Millions willingly joined themselves to the Mystical Body of Christ.

You must recite this new faith’s Shahada, its formula of conversion: “Black Lives Matter.”

Now, not every religion has at its center a figure who sacrificed himself. The Quran, for instance, jeers at the very idea. While Islam claims to venerate Jesus, it echoes the fables of ancient Gnostic Christians, who claimed that Jesus was never crucified. God supplied an imposter. And of course Muhammad was never a suffering servant (apart from a few years of public disfavor in Mecca). He died a triumphant warlord, surrounded by captured wives and slaves.

But Wokeism isn’t trying to evangelize ex-Muslims. Nor to take power in long-Muslim countries. It wants to proselytize “cultural Christians” like Richard Dawkins and liberal Christians like the pope. It wants the West, and its fat, happy institutions, flush with global influence and cash. Those are the hosts it wants to parasitize and colonize.

So the Woke cult needs a Christ. Or least a Christ-figure. If you’ve read Flannery O’Connor’s Wise Blood, (and you should, before it’s banned), you’ll remember this. The apostate Christian and would-be post-Christian prophet Hazel Motes steals a mummified primate from a museum. He trots it out in the public square as “the new Jesus” for his new church. (That was O’Connor’s stab at Darwinist materialism, I think, and perhaps at cosmic “evolution” guru Teilhard de Chardin.)

The Woke church must do better. It needs something vast and strong to take on the sins of the world, be “counted as sin,” rejected and despised. And then to actually, violently sacrifice itself, for the sake of world salvation. Only then then can it rise again, by virtue of its purity and world-transcending goodness.

Only then can they save themselves from the evil their creed identified, the “total depravity” it sees pervading the earth. After this great thing has been condemned and killed, and then by its own efforts risen again to convert the world, they can feel safe actually worshiping it like a god. And incorporating themselves among its members, so they can be deified too.

The Woke church has chosen as its sacrificed, dead, and resurrected God … the white race itself, and the West’s historic institutions.

Tomorrow I’ll go into why and how I know this. And of course, what Christians of every race can do to reject this conjured-up Antichrist.

Part II of this analysis is here.