Defying authority can either catapult the church forward or result in judgment. 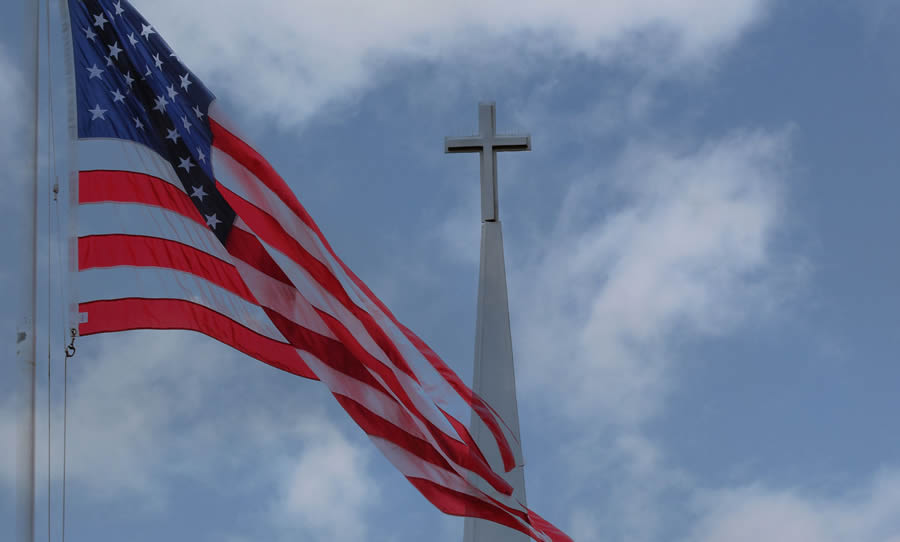 “Let every person be subject to the governing authorities. For there is no authority except from God, and those that exist have been instituted by God. Therefore whoever resists the authorities resists what God has appointed, and those who resist will incur judgment.” (Romans 13:1–2, ESV)

2020 has given the church an unusual opportunity to learn a critical end-time lesson. When is it time to defy authority, and when should we remain submitted?

Choosing correctly can launch the church forward in the face of tyranny and persecution.

Choosing incorrectly can result in God himself bringing judgment against the church.

There seems to be a misconception among many believers that God is cheer-leading a spirit of rebellion as we fight against the very authority that he put into position.

News flash: We are mandated by Scripture to honor and obey all authority, be they good or evil, just or unjust. Yes, there are exceptions, but we don’t start there. The exceptions are not the norm. By default, we submit.

“Servants, be subject to your masters with all respect, not only to the good and gentle but also to the unjust. For this is a gracious thing, when, mindful of God, one endures sorrows while suffering unjustly.” (1 Peter 2:18–19, ESV)

I’m confident many will argue this point. That’s okay, but I want to challenge you. Argue it with Scripture, not with your own emotions, intellect, common sense or ego. The Word of God is the authority, no matter if it makes sense to us or not.

The Bible couldn’t be more clear. Every person is required to subject themselves to (submit to) governmental authorities. Why? Because God placed them in position and granted them authority. Further, if we resist the authorities that God has empowered, we will (not may) incur judgment.

A Spirit of Lawlessness

It’s easy to accuse rioters, for example, of operating from a spirit of lawlessness. After all, it’s obvious to all that they are boldly breaking laws.

I propose it’s the same spirit of lawlessness that is driving the rebellion in many Christians who refuse to follow state and local mask and social distancing mandates. We don’t have the option to reject an ordinance simply because we disagree with it. We are required by Scripture to be subject to governing authorities, and if they require masks in certain situations, we as representatives of Christ must respond with integrity and wear masks.

I am personally not a fan of masks (though I must admit they may be beneficial in certain circumstances) and I believe there are some nefarious influences behind all that the coronavirus has unleashed. However, I also realize I am not authorized by God to defy the mandates. I’d be in rebellion both to man and God if I did.

It’s disturbing to see pastors breaking the law by allowing meetings, small groups and other events to take place without adhering to local mask and distancing ordinances. This rebellion invites God’s judgment, even if we are convinced the masks are unnecessary or that the government is attempting to implement freedom threatening controls.

By all means, do what’s appropriate to have the laws overturned. Attend city council meetings, vote politicians and policy makers in or out of office and sound all of the alarms you can in hopes of drawing attention to the cause. But until the laws are overturned the laws must be obeyed.

If we truly fear God, we won’t play games, rise up in pride or arrogantly resist those he put into position.

The exception to all I have written above is simple: If the Word of God would be violated by us obeying an earthly authority, then, and only then, do we refuse to submit. We honor God and not men in this scenario.

So, if the government mandates that churches remain closed and that Christians don’t gather to worship, we can’t comply.

“And let us consider how to stir up one another to love and good works, not neglecting to meet together, as is the habit of some, but encouraging one another, and all the more as you see the Day drawing near.” (Hebrews 10:24–25, ESV)

The Bible clearly requires us to meet.

If the government allows the church to meet, but demands we not sing, again, we refuse to obey that order.

When (not if) the time comes that we are told by lawmakers that we cannot preach certain truths of Scripture, we boldly reject their mandate.

“And when they had brought them, they set them before the council. And the high priest questioned them, saying, “We strictly charged you not to teach in this name, yet here you have filled Jerusalem with your teaching, and you intend to bring this man’s blood upon us.” But Peter and the apostles answered, “We must obey God rather than men.” (Acts 5:27–29, ESV)

The principle should be quite clear and simple. If the Word of God would be violated should we submit to a governmental decree, we do not submit. If the Bible wouldn’t be violated, we do submit.

One response results in the favor of God and another the judgment of God. It’s not about being a champion of what is right (in your own eyes). It’s about aligning with God’s commands. Many are shouting “Persecution!” in selfish arrogance simply because the government is requiring them to submit to laws that are merely inconvenient and that in no way violate Scripture.

We see this truth played out in the Book of Daniel:

“He changes times and seasons; he removes kings and sets up kings; he gives wisdom to the wise and knowledge to those who have understanding;” (Daniel 2:21, ESV)

“If this be so, our God whom we serve is able to deliver us from the burning fiery furnace, and he will deliver us out of your hand, O king. But if not, be it known to you, O king, that we will not serve your gods or worship the golden image that you have set up.” (Daniel 3:17–18, ESV)

God put the king in position, and then the king gives an unrighteous decree. The king was to be honored until he mandated worship to an idol. At that moment, the three Hebrews had no option but to refuse the command.

What Should the Church Do?

The church should obey the laws of the land unless those laws are clearly unscriptural. Gathering together and worshiping as believers has been instituted by God. So, gather, with masks on if the local ordinance requires that.

In my city of Branson, Missouri we are required to wear masks in any public setting unless we are able to remain six feet away from others. Since this is a theater town, the law allows us to remove our masks when seated in an auditorium as long as we maintain social distancing. Public speakers, singers and performers can remove their masks when on stage.

The same rule applies to the church. So, this means masks must be on at all times except when socially distanced in the sanctuary or speaking, singing on the platform. Prayer lines, altar time, greeting time and other times would require masks to be worn. Small groups and other gatherings should adhere to the same guidelines.

We need to be wise and carefully choose our battles. Again, favor or judgment hang in the balance.

I’ve heard all sorts of extreme arguments in opposition to what I’m addressing here.

“What about Anne Frank? Are you suggesting she should have obeyed her government and turned Jews over to the Nazis?”

Several people have angrily blasted that argument my direction. Of course the the answer is no. Why? We’d be complicit in murder, and murder is forbidden in Scripture.

“What about Rahab who lied to protect Israeli spies?”

Rahab was commended for giving lodging to the spies, but not for her lie.

I find it disturbing that Christians are becoming more enthralled with their own wisdom while at the same time looking for loopholes in the Bible so they can do what they desire. Many don’t consider the Bible to be the final authority on a matter or to be the infallible Word of God. We are most certainly in the end times.

I don’t want this point to be missed.

No matter how convinced of how right you are or how righteous your position is, if you defy God’s established authority, God’s judgment rests on you.

However, if you honor authority in every instance except when they would require you disobey Scripture, God’s favor rests on you.

Oh, and by the way, understand that the written Word of God is the final authority, not your own prophetic revelation. We can’t use the God card here. If your local government requires you to wear a mask or a seat-belt or to pay your taxes or to wear pants in public, and you think God told you something different, you can know it’s not God’s voice you are hearing.

Pharaoh in the Church

As I close, I want to encourage you to read an article that will give strategies to resisting tyrannical and wicked human governments. I understand the arguments about masks and lock-downs and control. Greater persecution (by far) was experienced in Egypt under the rule of Pharaoh. The strategy there wasn’t to defy Pharaoh’s authority, as God placed him in that place of ruler-ship.

God sent a messenger and immense pressure to Pharaoh. The goal? For Pharaoh, the Hebrew’s legitimate authority, to make the decree that they may go. He released them. It was at that moment in time that the authority over the Hebrews shifted from Pharaoh to Moses.

This is why we must be living, walking and praying in the Spirit. Prayer movements and prophetic decrees will bring down unrighteous human systems. Pride, arrogance, anger and rebellion however will only strengthen them as God’s fury rains down on us all.