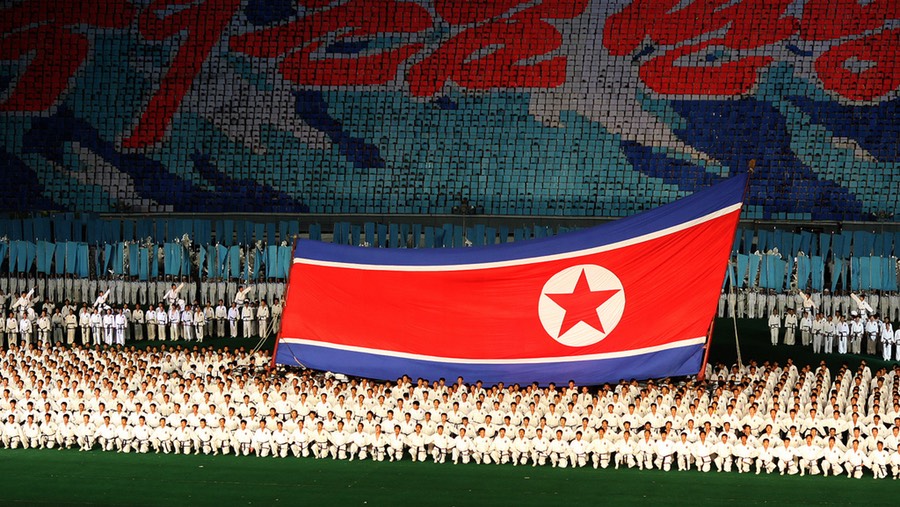 Is North Korea’s Kim Jong Un about to start World War III? Is he an unhinged, out-of-control megalomaniac? Or is God restraining him from evil, at least for now?

While I can’t comment with certainty regarding North Korea’s leader – really, who could? – I can say with certainty that God does restrain evil in this world. If not, we would have self-destructed long ago.

God Is In Control

God certainly does restrain evil in this world. If not, we would have self-destructed long ago.

Here are some of the reasons I hold to this position.

First, the God of the Bible is Lord of lords and King of kings. While many things happen in the world that He despises yet chooses not to stop, still He is not a passive observer. As Daniel declared, “He changes times and seasons; he removes kings and sets up kings.” (Dan. 2:21)

This means He intervenes in world history as He sees fit. When He brought Israel out of Egypt, He told Moses, “But not a dog shall growl against any of the people of Israel, either man or beast, that you may know that the LORD makes a distinction between Egypt and Israel.” (Ex. 11:7)

No one was going to hurt His People.

Evil Is Not In Charge

Second, even Satan had to ask God’s permission before carrying out certain acts of destruction (see Job 1-2), suggesting that the devil himself does not have total free reign. He, too, has boundaries that he cannot cross, whatever the nature of those boundaries may be.

Third, on certain occasions, the Lord restrained an innocent person from unknowingly committing sin. We see this in Genesis 20 when the king of Gerar took Abraham’s wife Sarah to be his own, not knowing that Sarah was a married woman. But God stopped him from having sexual relations with her because He saw the king’s innocence.

The Lord is at work in this world to protect the human race from complete self-destruction.

As God said to him in a dream, “Yes, I know that you have done this in the integrity of your heart, and it was I who kept you from sinning against me. Therefore I did not let you touch her.” (Gen. 20:6).

Fourth, Jesus taught us to pray daily for our heavenly Father’s kingdom to come and for His will to be done on earth as it is in heaven. He also taught us to pray that our Father would deliver us from evil (or, the evil one; see Matt. 6:9-13).

Answers to these prayers would certainly include the restraining of evil – including bringing judgment on unrepentant evildoers – as well as delivering godly people from evil attack.

God Is at Work

Fifth, Paul wrote about a force that restrained lawlessness that would one day be removed, opening up the floodgates of wickedness (see 2 Thess. 2:6-12).

While scholars debate exactly what this restraining force might be, we know elsewhere in Scripture that God puts rulers and authorities in the world to punish evil and reward good (see Rom. 13:1-5). Through these earthly powers, the Lord also restrains evil. Should they be taken out of the way, chaos would ensue.

Sixth, common sense and human experience suggest that the Lord is at work in this world to protect the human race from complete self-destruction.

Do we really think that so many maniacal world leaders have simply chosen not to go to war for pragmatic reasons? Is there not something or someone holding them back, at least at times? Are there not more terrorists ready to attack, yet still they do not? And have you ever wondered why more vile sinners do not commit more vile sins, like murder and rape?

And at all times, we can (and should) remain grateful that our Father, who is full of mercy and wisdom and purity and justice, is also the sovereign Lord.

It’s tragically true that the world has more than enough of these sins. (That’s a tremendous understatement.) But given the human propensity to do evil, you have to wonder if God does not frustrate some of these sinful acts before they come to pass.

So Many Unknowns — Except We Know God is Good

To be sure, we cannot claim to understand what happens behind the scenes (see Deut. 29:29), and we cannot fully explain why the Lord allows one thing to happen, stops another thing, and actively orchestrates yet another thing.

But we can recognize that He is actively involved in this world, that He does answer prayer, and that, by His mercy, we have not destroyed ourselves. (See also Gen. 8:21-22, spoken after Noah’s flood and indicating that, because human beings are sinful by nature, God would have to repeatedly destroy the earth with floods if we got our just desserts.)

So, while we do not know what Kim Jong Un’s next actions will be, we can pray for God’s will to be done in North Korea and in the earth. We can pray that He would deliver His people from evil. And at all times, we can (and should) remain grateful that our Father, who is full of mercy and wisdom and purity and justice, is also the sovereign Lord.