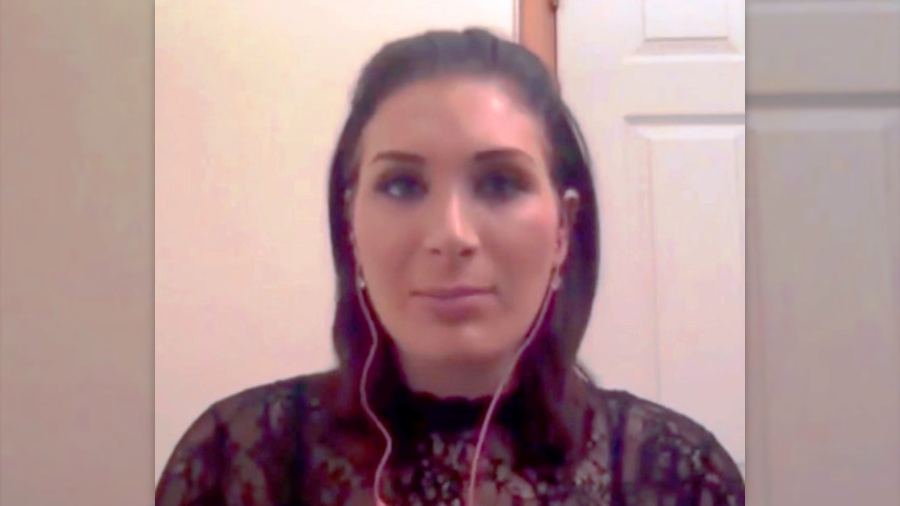 Big tech, it’s notorious. For what? For banning and suspending people on the right. These supposedly objective platforms have a clear political agenda. And it’s not friendly to conservatism.

One person refusing to take this prejudice lying down is investigative journalist Laura Loomer. She recently filed a lawsuit against Apple, Facebook, Google and Twitter for conspiring to silence her political views.

She has been banned from, you won’t believe this. From Twitter. And Facebook. And Instagram. And Periscope, PayPal, Venmo, GoFundMe, Chase Bank, Lyft, Medium, TeeSpring, Uber, and Uber Eats. Uber Eats? Really? They banned her, she says, mostly for her critical statements about Islam. She refers to herself as “the most banned woman in the world.”

“I plan on suing all of the Left wing terrorists and tech tyrants who are trying to shut me down simply because I am a Conservative Jewish woman who speaks truth about Islam,” she said in a social media post. “I have nothing to lose anymore, so trust me when I say I will stop at nothing to make sure justice is served for the way Silicon Valley has disenfranchised me, falsely accusing me of being a white supremacist, a Nazi, anti-Muslim, a racist, a bigot, and every other smear in the book.”

A D.C. federal judge initially dismissed the case. She appealed to the D.C. Circuit Court of Appeals. It allowed the suit to go ahead.

Suit Could Result in Government Regulation

Loomer also claims that the tech giants have breached the Sherman Act, which prohibits monopolies. She says they’ve violated D.C.’s public accommodations law, which prohibits denying people access to public accommodations for discrimination reasons. She asserts the companies are violating her First Amendment right to free speech. Finally, she says she’s suffered severe financial injury as a result of being banned.

How does she claim that? Facebook and Twitter have become so popular that some argue they are public utilities. And public utilities with a monopoly on communication. As such, they are subject to government regulation.

Why She Was Banned

Twitter banned her last November for calling Rep. Ilhan Omar “anti-Jewish,” and describing her as a member of a religion in which “homosexuals are oppressed” and women are “abused” and “forced to wear the hijab.” Does Twitter notice what’s going on in Saudi Arabia? And other Muslim countries? Lesser known people tweet similar statements all the time and aren’t banned.

PayPal banned Loomer after discovering she was linked to The United West. The far left organizations Council on American–Islamic Relations and the Southern Poverty Law Center have labeled The United West a hate group. But considering SPLC has labeled regular Christian groups like the Alliance Defending Freedom a hate group, it’s hard to take them seriously.

Project Veritas has released several videos exposing big tech’s bias against conservatives. The bias is becoming well-known and conservatives are starting to fight back. Loomer worked for Project Veritas for three years as an undercover journalist before launching her own company.

Loomer has also filed a defamation lawsuit against Facebook for calling her a “dangerous individual.” She made waves last November for chaining herself to Twitter’s New York headquarters to protest censorship.

If Loomer is successful with her lawsuit, it could set a sweeping precedent.

If Loomer is successful with her lawsuit, it could set a sweeping precedent. Currently, big tech is treated like platforms. They provide a computer service, with no responsibility for what the users post. Yet they still limit what they let appear on their platform.

They want to claim they’re not legally liable for what they post while at the same time choosing what viewpoints they let on their platforms. They can’t have it both ways. Loomer’s lawsuit could get them treated as public utilities instead, subject to government regulation.

Loomer is currently running for Congress in a heavily Democratic district north of Miami.