If There Is No God, Can Free Will Truly Exist? 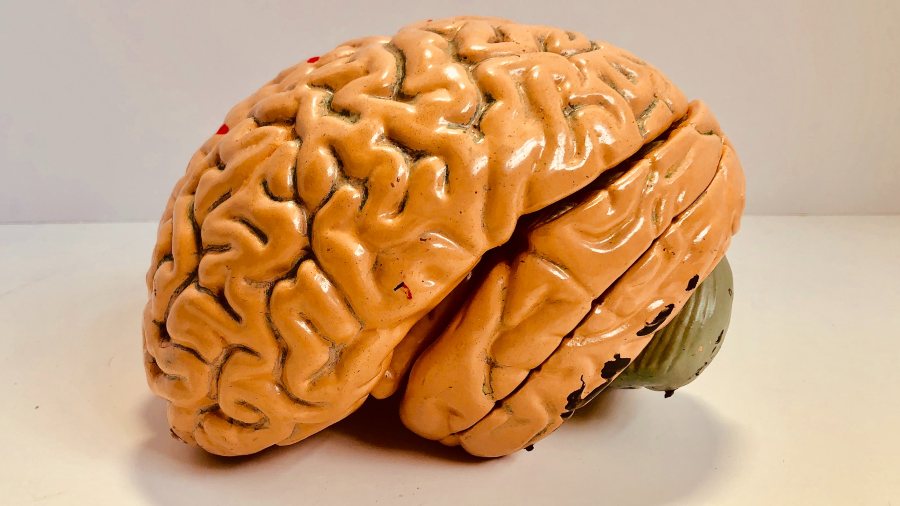 Consistent, rigorous, Darwinian naturalism demands that free will, morality and consciousness are false notions. Even feelings of love can be reduced to a mathematical process in the brain.

If God does not exist, then, quite obviously, concepts such as divine destiny or divine purpose do not exist. But what about free will? If there is no God, is there truly free will?

In my book Has God Failed You? Finding Faith When You’re Not Even Sure God Is Real, I devoted one whole chapter to the question, “What if there is no God?”

Simply stated, if we are all the products of an unguided, random evolutionary process, a process dominated by the survival of the fittest, can there truly be a purpose and meaning to a life? Is our sense of consciousness and morality and destiny simply a biological illusion?

Many atheists would claim that these senses are not illusions as much as aspects of human evolution, setting us apart from the animal world. We can reflect on our actions, dream about the future, and determine to better ourselves. Sharks and squirrels, cats and coyotes, eagles and eels do not experience these feelings.

But what if all our apparent reflections are simply the result of predetermined neural patterns?

Everything within me, as a human being created in the image of God, rejects the premise and the conclusions.

In 2016, atheist philosopher Stephen Cave posted an article on RichardDawkins.net titled, “There’s No Such Thing As Free Will.”

He argued that, “The sciences have grown steadily bolder in their claim that all human behavior can be explained through the clockwork laws of cause and effect.” And so, “our ability to choose our fate is not free, but depends on our biological inheritance.”

In recent decades, research on the inner workings of the brain has helped to resolve the nature-nurture debate—and has dealt a further blow to the idea of free will. Brain scanners have enabled us to peer inside a living person’s skull, revealing intricate networks of neurons and allowing scientists to reach broad agreement that these networks are shaped by both genes and environment. But there is also agreement in the scientific community that the firing of neurons determines not just some or most but all of our thoughts, hopes, memories, and dreams.

Interestingly, a 2009 article on the Psychology Today website called out Richard Dawkins, one of the most influential atheists of our generation, for being inconsistent on this topic.

Dawkins: “An Inconsistency We Have to Live With”

The article was written by philosophy professor Tamler Sommers and was titled, “Can an Atheist Believe in Free Will?” Sommers made reference to a five-minute video “accusing Richard Dawkins of being inconsistent in holding that belief in free will and moral responsibility is justified but that belief in God is unjustified.”

In response to a questioner, Dawkins concedes that if you take a deterministic or mechanistic view of the universe, it seems absurd to think we have free will and that we can go around blaming criminals and praising distinguished authors. The whole idea of blame and praise seems to go out the window. It’s like [someone] blaming his car for not running properly. And since there’s likely no one alive who takes a more mechanistic view of human behavior than Dawkins, he should stop going around affirming free will and blaming and praising people. But when asked why he doesn’t stop, he says first, that it seems to us that [we] have free will and second, that life would be intolerable if we believed otherwise. … Let’s grant Dawkins those claims. Dawkins concludes that “this is an inconsistency we have to live with” and so we may continue to believe in free will and moral responsibility, and blame and praise people accordingly. (In his defense, he does seem slightly uncomfortable about the tension.)

How interesting. The learned Prof. Dawkins must admit to being inconsistent here. But of course he must. After all, how can there be blame and praise when the process of evolution has locked everything into place?

“Without God There Isn’t Really Any You to Speak Of”

As expressed by Pastor J. D. Grear, “If all we are is biology and chemistry, then our behavior in any situation is solely due to what our genes and chemicals in us compel us to choose. Even when we think we’re acting freely, it’s only because some chemical construct in our minds pushes us to act that way, because there is no ‘us’ behind it all. There is only our flesh.”

Not only so, but,

if you deny God’s existence—or if you are one of the “Nones” straddling the fence by waffling on God’s existence—you’ve got to wrestle with this. The implications of a closed system, in which biology and chemistry are all that there is, lead to frightening conclusions when you apply them to human action.

If there is no freedom for us to act against our sinful instincts, then there is no free will. That means that every decision you’ve ever made is an illusion. You might think you “chose” to marry your wife or quit smoking or move to Raleigh. But remember, without God there isn’t really any you to speak of. Your biology made you do those things, and your mind just tricked you into thinking it was voluntary.

In fact, if atheist philosopher Daniel Dennett is correct, then even the sense of consciousness that you experience (as in, “I think, therefore I am”) is an illusion. As he famously wrote, “What we think of as our consciousness is actually our brains pulling a number of tricks to conjure up the world as we experience it. But in reality, it’s all smoke, mirrors, and rapidly firing neurons…”

As explained by Anna Buckley on BBC News,

Both these biological activities can be explained by Darwin’s Theory of Natural Selection, often described as the survival of the fittest.

We evolved from uncomprehending bacteria. Our minds, with all their remarkable talents, are the result of endless biological experiments.

Our genius is not God-given. It’s the result of millions of years of trial and error.

In the words of Steven Pinker, a psychology professor at Harvard and an outspoken atheist, “Computation has finally demystified mentalistic terms. Beliefs are inscriptions in memory, desires are goal inscriptions, thinking is computation, perceptions are inscriptions triggered by sensors, trying is executing operations triggered by a goal.” Or, we might add, even feelings of love can be reduced to a mathematical process in the brain. This is what consistent, rigorous, Darwinian naturalism demands.

God Exists, and So We Can and Should Make Moral Choices and Live for Him

Everything within me, as a human being created in the image of God, rejects the premise and the conclusions.

God is, and that’s why we exist. As to what we do with our existence, that is our choice, given to us by God. Let’s not squander the opportunity to choose what is right and good and best — to choose to know Him, live by His standards and make Him known.