I Refuse to Accept the Current State of the Church 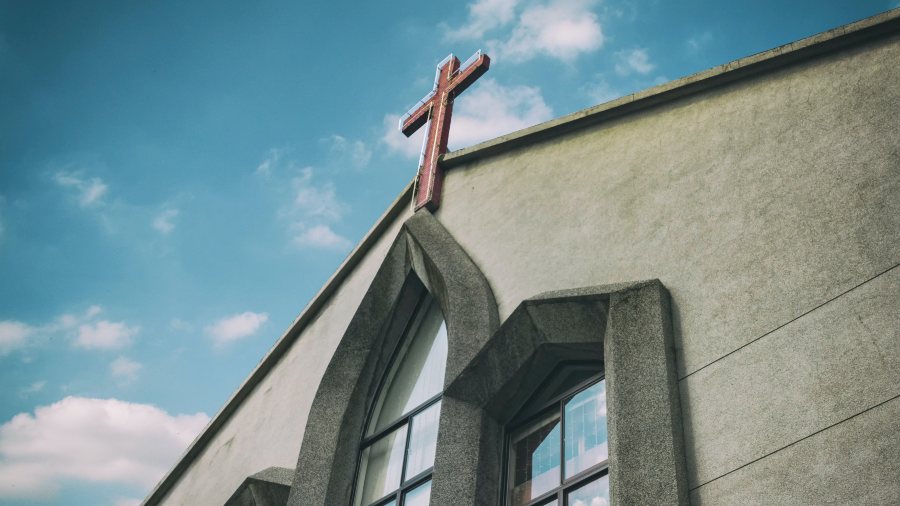 Not if the Bible is true. Not if Jesus is Lord. Not if the Holy Spirit has been poured out. Not if God’s promises are real.

That is God’s vision and that is God’s promise, because of which I will not accept the status quo of “Church as usual” today. I cannot accept it. And neither should you.

Why We Can’t Accept the Status Quo

It is an insult to the blood of Jesus and a slur on the power of God, and we should not accept it for a moment as a reflection of the best that the Father has to offer to this world. Not a chance.

But the Church that Jesus is building will ultimately be “a radiant church, without stain or wrinkle or any other blemish, but holy and blameless” (Ephesians 5:27). This is our destiny, our ultimate calling. This is how we will look when we reach our final destination. And that’s why we should work towards this and believe for this every day of our lives.

“We Will Grow to Become”

Even if that speaks of our eternal state once we are out of this fallen world, it is the direction in which we must be going. As Paul wrote to the Ephesians, “Christ himself gave the apostles, the prophets, the evangelists, the pastors and teachers, to equip his people for works of service, so that the body of Christ may be built up until we all reach unity in the faith and in the knowledge of the Son of God and become mature, attaining to the whole measure of the fullness of Christ.”

He continued, “Then we will no longer be infants, tossed back and forth by the waves, and blown here and there by every wind of teaching and by the cunning and craftiness of people in their deceitful scheming. Instead, speaking the truth in love, we will grow to become in every respect the mature body of him who is the head, that is, Christ. From him the whole body, joined and held together by every supporting ligament, grows and builds itself up in love, as each part does its work” (Ephesians 4:11-16).

This is supposed to happen in this world, in this age. Is the Lord unable to do it?

Over one century ago, Catherine Booth (1829-1890), the fiery co-founder of the Salvation Army, knew that there was something very wrong with Church as usual. (For the record, the Salvation Army in its earlier history was much different than it is today.) She refused to accept the status quo, mincing no words in the process.

She said, “Here is the reason why we have such a host of stillborn, sinewless, ricketty, powerless spiritual children. They are born of half-dead parents, a sort of sentimental religion which does not take hold of the soul, which has no depth of earth, no grasp, no power in it, and the result is a sickly crop of sentimental converts. Oh! the Lord give us a real, robust, living, hardy, Christianity, full of zeal and faith, which shall bring into the kingdom of God lively, well-developed children, full of life and energy, instead of these poor sentimental ghosts that are hopping around us.”

May the Lord do that again today, giving us that “real, robust, living, hardy, Christianity, full of zeal and faith, which shall bring into the kingdom of God lively, well-developed children, full of life and energy.” May it be so!

Is God Unable to Do This?

The truth is that all over the world, God’s Spirit is on the move, and the Church is growing numerically like never before. Miracles of healing and deliverance are also increasingly common, especially when the gospel message is heard for the first time. Perhaps God will deepen our unity too? Perhaps He will increase our love for one another? Perhaps He will conform us even more to the character of His Son? Is God unable to do this?

It turns out that projection was way too conservative. There are roughly 685 million professing Christians in Africa today.

I wrote in 1990 that, in Latin America, “evangelical Christianity grew from a mere 50,000 in 1900 to a projected 137 million in 2000 … Even in the extremist Hindu kingdom of Nepal, shrouded by the Himalayan mountains, the Lord has found for Himself a people: in 1960, there were only 25 baptized believers. By 1989, there were over 50,000 — in spite of intense government opposition. And this is only the beginning.”

Today, there are over 661 million professing evangelicals in Latin America, shattering the predictions of growth.

As for Nepal, there are close to one million Christians, according to Operation World.

Why Shouldn’t We Expect Growth?

I ask again: if God is growing His Church numerically, why can’t we expect growth in all other areas? And why can’t He grow His Church again in the West, even dramatically? Where is it written that we should not believe for this and work towards this and expect this?

Later this year, I will celebrate 50 years as a follower of Jesus, which means that I have seen a lot of bad with a lot of good. I am quite aware of our many warts and failings, both corporately and individually, starting with myself.

The opening chapter of my newest book Revival Or We Die: A Great Awakening Is Our Only Hope, is titled, “There Is More.”

I am confident that the Lord Himself adds His “amen” to those three words. Be assured that, in Him, there is more — much, much more. Let us, then, press on towards our high calling in Him, starting today, right here and now. “Make us into something beautiful, Lord!”

Flipping the Courts and Turning the Hearts